Despite originating in the U.S., Black Friday/Cyber Monday has become a global retail phenomenon in recent years. Australia has duly embraced the shopping bonanza, with most major retailers now jumping on the sales bandwagon. This year, Black Friday falls on November 25th, with Cyber Monday following closely afterwards on November 28th.

With Christmas just around the corner and a host of fantastic discounts on offer, this year’s sales are already shaping up to be the biggest and best yet. But where are the best discounts? And are you better off hitting the shops or doing your shopping online?

To make it all a bit easier to navigate, MyDiscountDeals.com has compiled the ‘Ultimate Guide to Black Friday/Cyber Monday 2016’. Print it out, stick it up and ensure your bank card is primed for some serious action – here’s our easy-to-follow, indispensable guide to what’s going down this year…

With the holidays just around the corner, we’ve decided to highlight some of the fantastic savings available to Christmas partygoers, including boots/shoes, the little black dress, a glitzy clutch and a watch. David Jones and Myer are both offering generous discounts on all the aforementioned, and if you’re willing to spend big, you can even find Stuart Weitzman boots at 50% off. Other impressive deals include Marc Jacobs watches (down to $227 from $379.00), 25% off the Country Road Tess Soft Clutch and 30% off the classic Tigerlily Tapati Dress.

As expected, plenty of online retailers are getting involved in the action too – and it’s here where you’ll find some mega deals. How about 68% off a Forever Unique Silvia Bandage Dress (was $766, now $245) at ASOS? Or 30% off the whole store during the Black Friday period at Boohoo.com? And that’s only the start!

Elsewhere, our findings also confirmed that online is cheaper to shop in then in store, and even with post & packaging included, Australian retailers still emerge on top here with the best discounts…

Australians love the gym, so it’s no surprise to learn retailers have done their utmost to entice them to spend this Black Friday. From an in-store perspective, it’s again David Jones & Myer who lead the way, with modest discounts on virtually all sporting goods. Arguably the best deals here come in the footwear department, where Sketchers Flex Appeal shoes have been discounted from $119.95 to $69.00 at Myer, while David Jones are also offering discounts on Sketchers Sketch-Air Infinity Sneakers (down to $89.00 from $129.95)

Online, you can grab a pair Beyonce’s Ivy Park shorts for 50% off at the Iconic, whereas Surfstitch are providing 40% off Vans Old School Suede trainers and 40% off FRENDS Taylor Gunmetal headphones. Urban Outfitters in the U.S. meanwhile, are offering 54% off Adidas Original 70s inspired shorts, now retailing at $27.12.

Again, our findings here again confirm that it’s cheaper to shop online, while – somewhat surprisingly – the best deals are to be found in Australian retailers. Either way…happy spending!

As always, gamers are spoiled for choice this Black Friday/Cyber Monday. Unfortunately EB Games didn’t participate in Black Friday, but because many of you doubtlessly want to know their prices anyway, we’ve considered them here. Now…on to the deals…

Much to the delight of gamers, the competition for your hard earned is particularly fierce in this category. In terms of Aussie retailers, it’s hard to look past electronics giant JB HI-FI, who are offering impressive discounts on the XBOX 1, Sony PS4s and games for both.

Phones and TVs continue to rule the roost in the tech category. The increasingly popular Apple TV – perfect for the Netflix aficionados among you – is also discounted across the board, while the resurgent Dick Smith are really making a play here, with JB Hi-Fi lagging behind somewhat due to their delayed announcement of their deals. Highlights from their end include $180 off the iPhone 7 and a massive $450 off the Samsung Galaxy s7. Kogan’s deals aren’t bad either, with 34% off the Samsung s7 edge.

We’ve also profiled some of the U.S. deals – just to see how we measure up against the folk Stateside!

To summarise, there’s no end to the great discounts on offer this Black Friday/Cyber Monday. Although the majority of the most heavily discounted items are available online, if you’re quick enough you may just nab a bargain in-store. Be sure to keep tabs on MyDiscountDeals.com for the latest online deals. 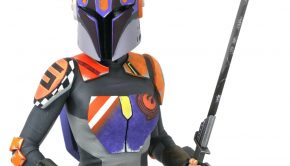