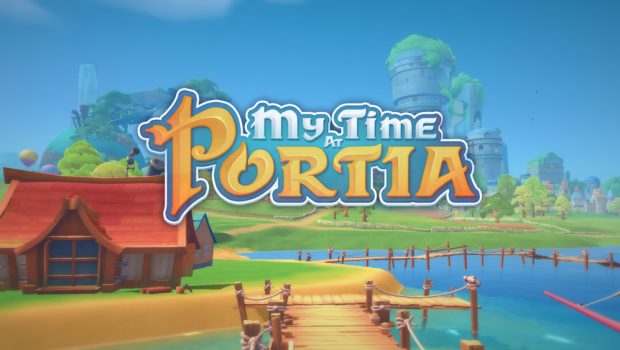 My Time At Portia Review

Summary: My Time At Portia is a decent farming/life sim game with great crafting mechanics and painfully dull characters.

Adorable farming/life simulator games are a dime-a-dozen these days, so it takes something special to stand out from the crowd. In some ways, My Time At Portia has what it takes to sit at the front of the class and show the others how it’s done. Yet in other aspects it falls woefully short. Your enjoyment of My Time At Portia heavily depends on what aspects of the genre you love, and which ones you can live without. 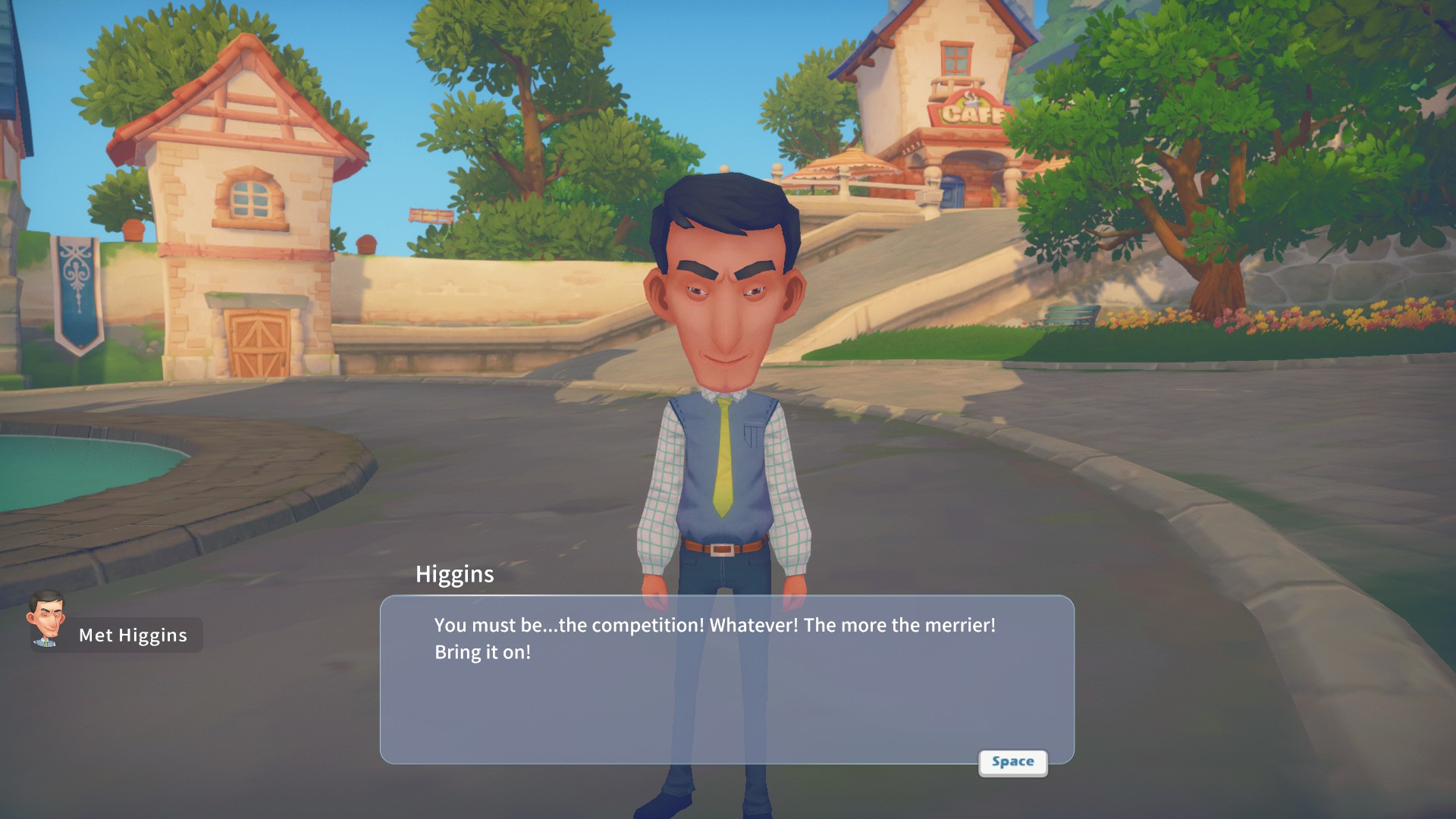 My time in Portia starts out much the same way that many of these farming/life sim games tend to start out. Your newly created character arrives in Portia at the behest of your father who has now gone missing. Upon arrival, the town’s custodian invites you to take up residence in your missing father’s estate and enlists you in Portia’s builder program, which allows you to take on building commissions to earn a little cash. 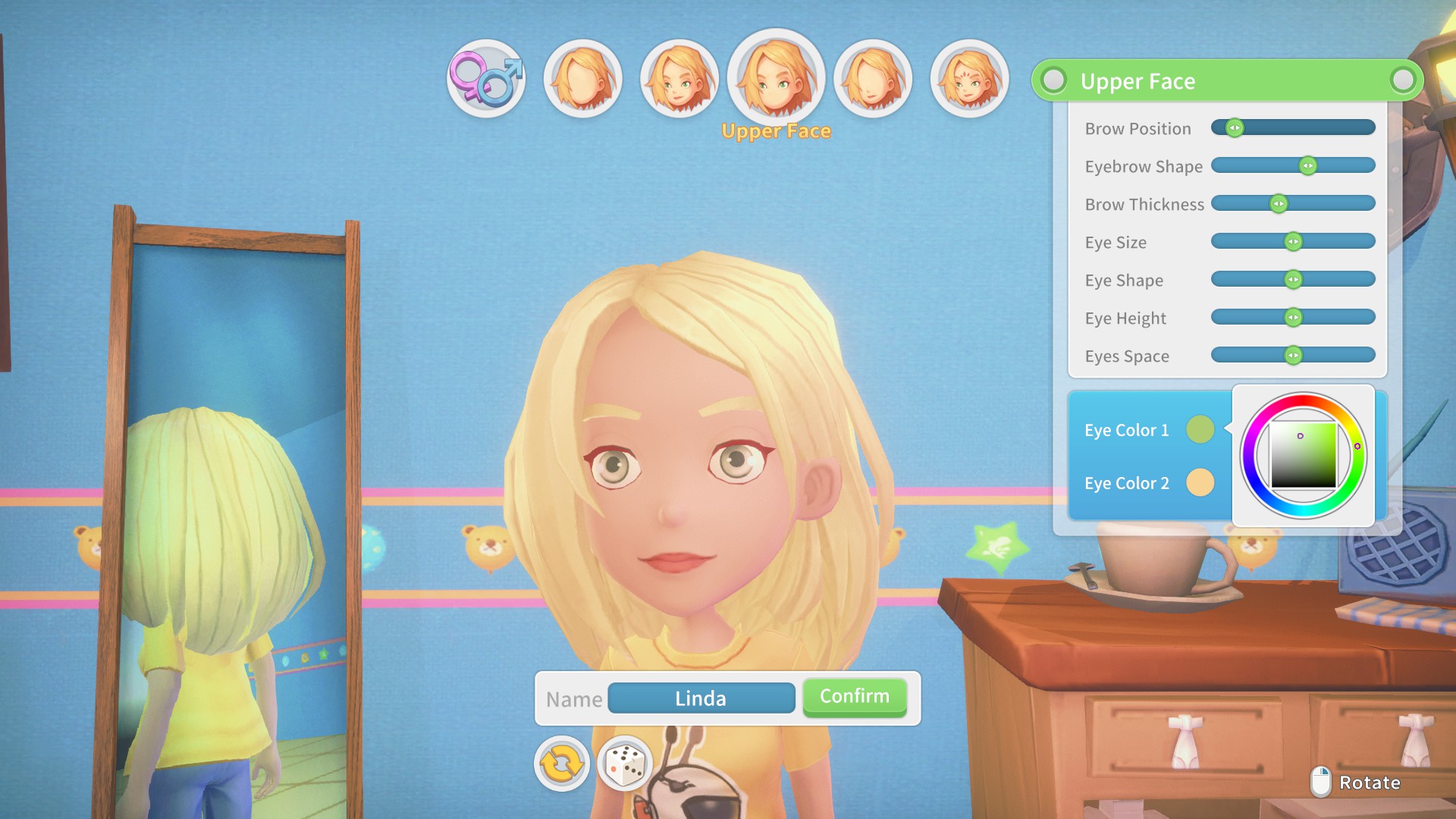 The main story progression is gated by important building commission projects, with the first being the construction of a bridge from the mainland to a small nearby island. As the story progresses, these commissions become more complex and the mission objectives become more involved. For example, once the aforementioned bridge to the island is constructed, you are tasked with clearing out a cave on the island that has become a lair for a local troupe of bandit rats. 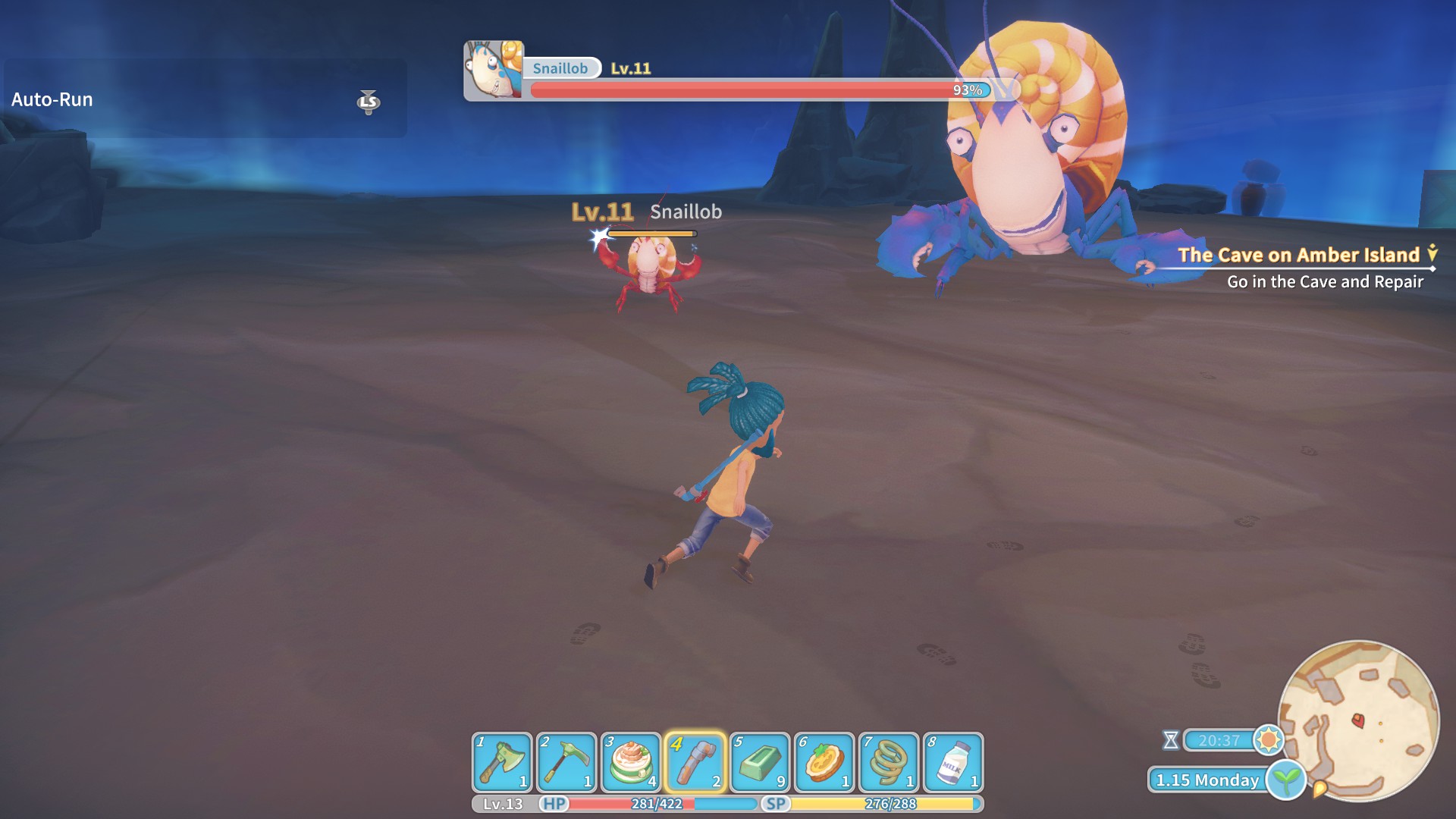 The progression of the commissions work well to guide the player into consistently upgrading and advancing the general technological level of the player’s workshop and motivating you to explore the numerous areas of the world in search for rarer and higher quality materials. However the plotlines in the story are rather uninteresting and bland, so there’s really nothing compelling you to follow through with these missions beyond your own curiosity and desire to upgrade your workshop and house. 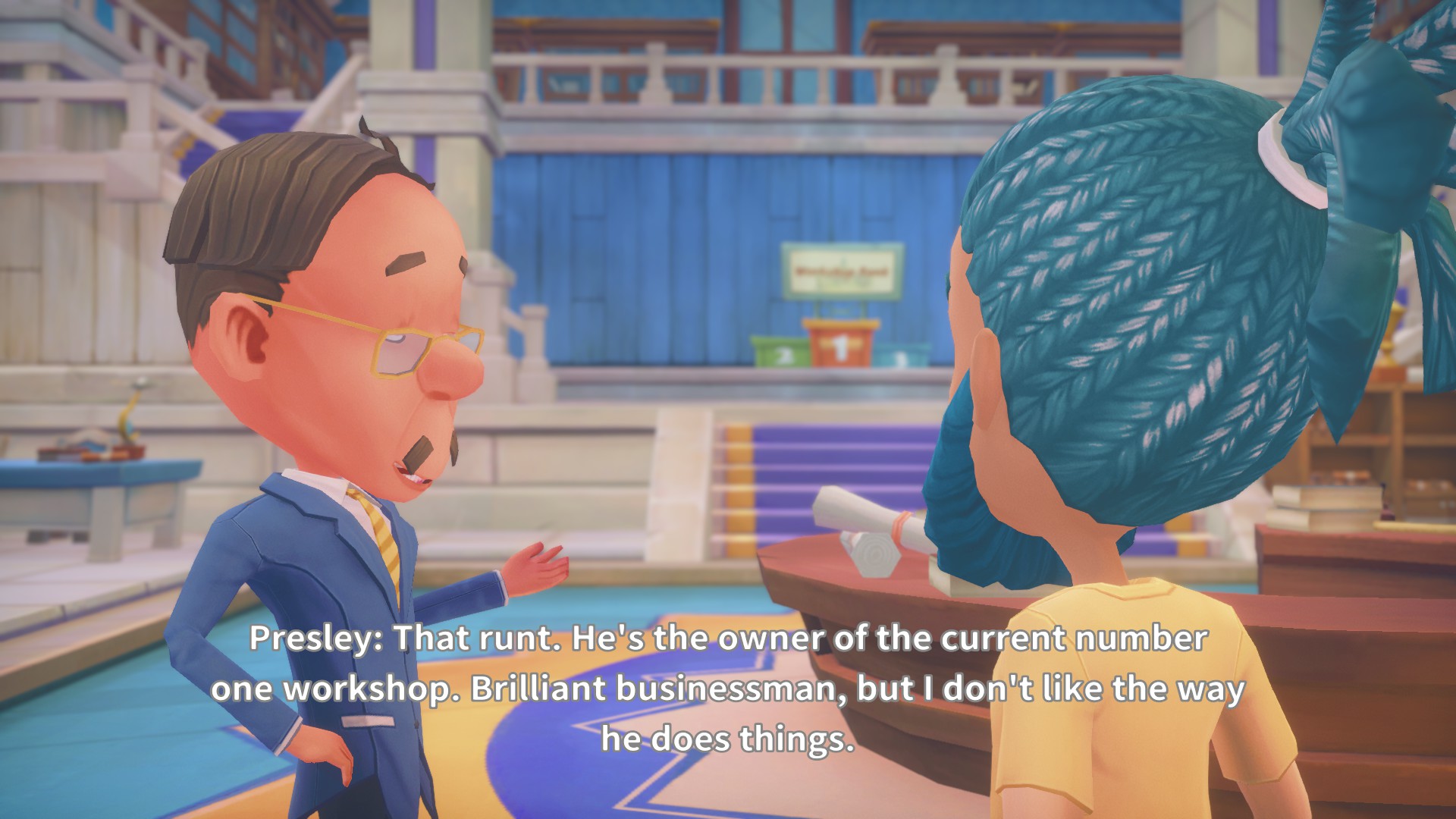 Portia is also home to dozens of citizens with their own interests, backstories and daily schedules who will occasionally offer quests for you to complete. These are usually fairly trivial tasks such as collecting raw resources or building a number of items. Completing these quests rewards money and increases your relationship level with these characters. As the relationship continues to grow, you’ll unlock tiers of rewards with the character depending on their personal status. For example, becoming a shopkeeper’s friend will grant you a 10% discount from their store. You can also marry certain characters by maximising the relationship or even recruit an animal companion if your bond is strong enough. 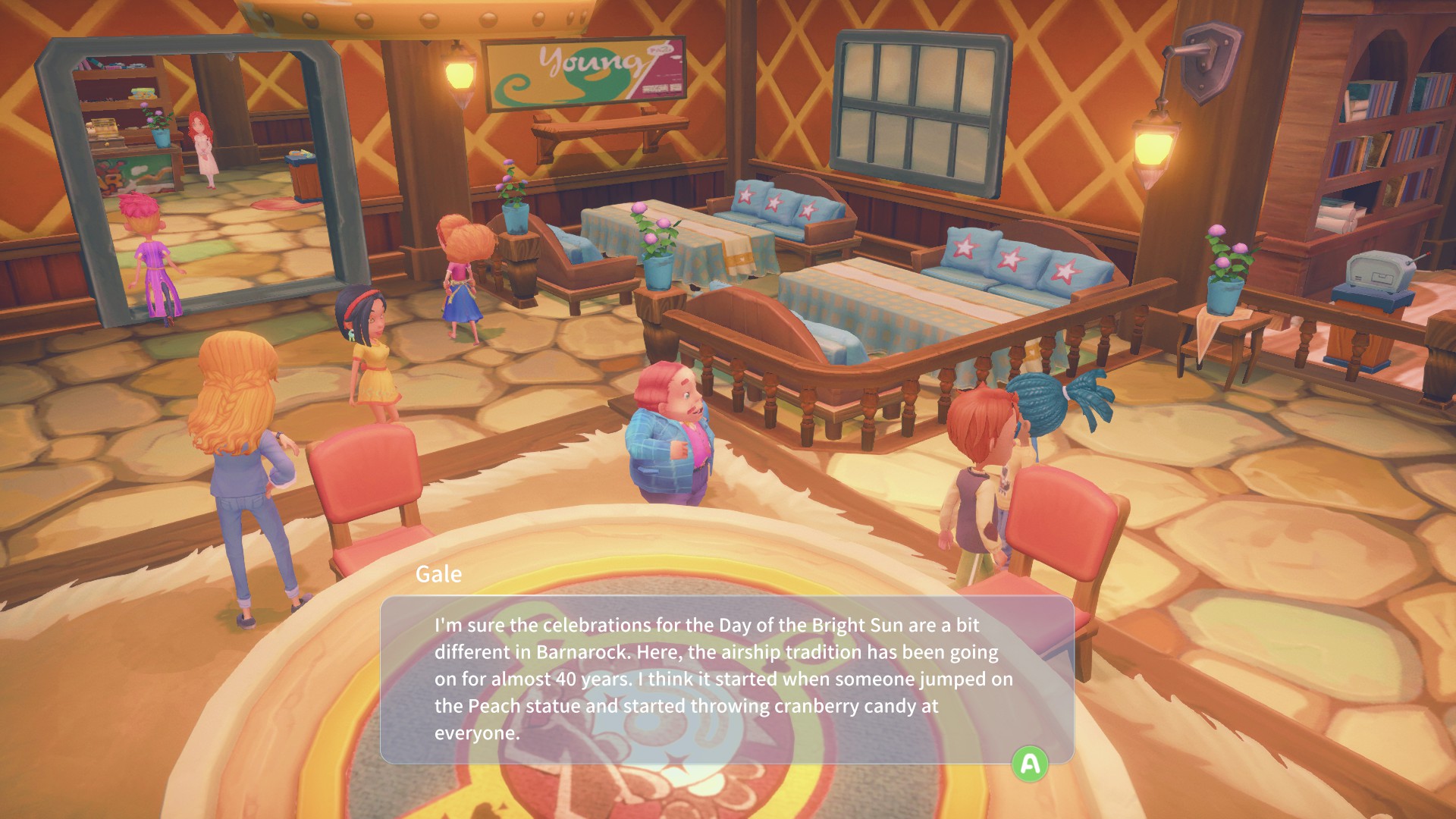 Yet despite the myriad of different characters that reside in Portia, the writing of these characters is so one-dimensional and dull, that every character comes across as completely lifeless. Many characters are simply described in general terms such as “Toby’s Mom”, and talking to them will deliver one of several pre-written lines such as “I love Toby” or “Toby can be a real handful”. This goes for every character that you’ll meet: the doctor, the teacher – even the weird cult-leader is devastatingly boring as he preaches his technology-fearing sermons. 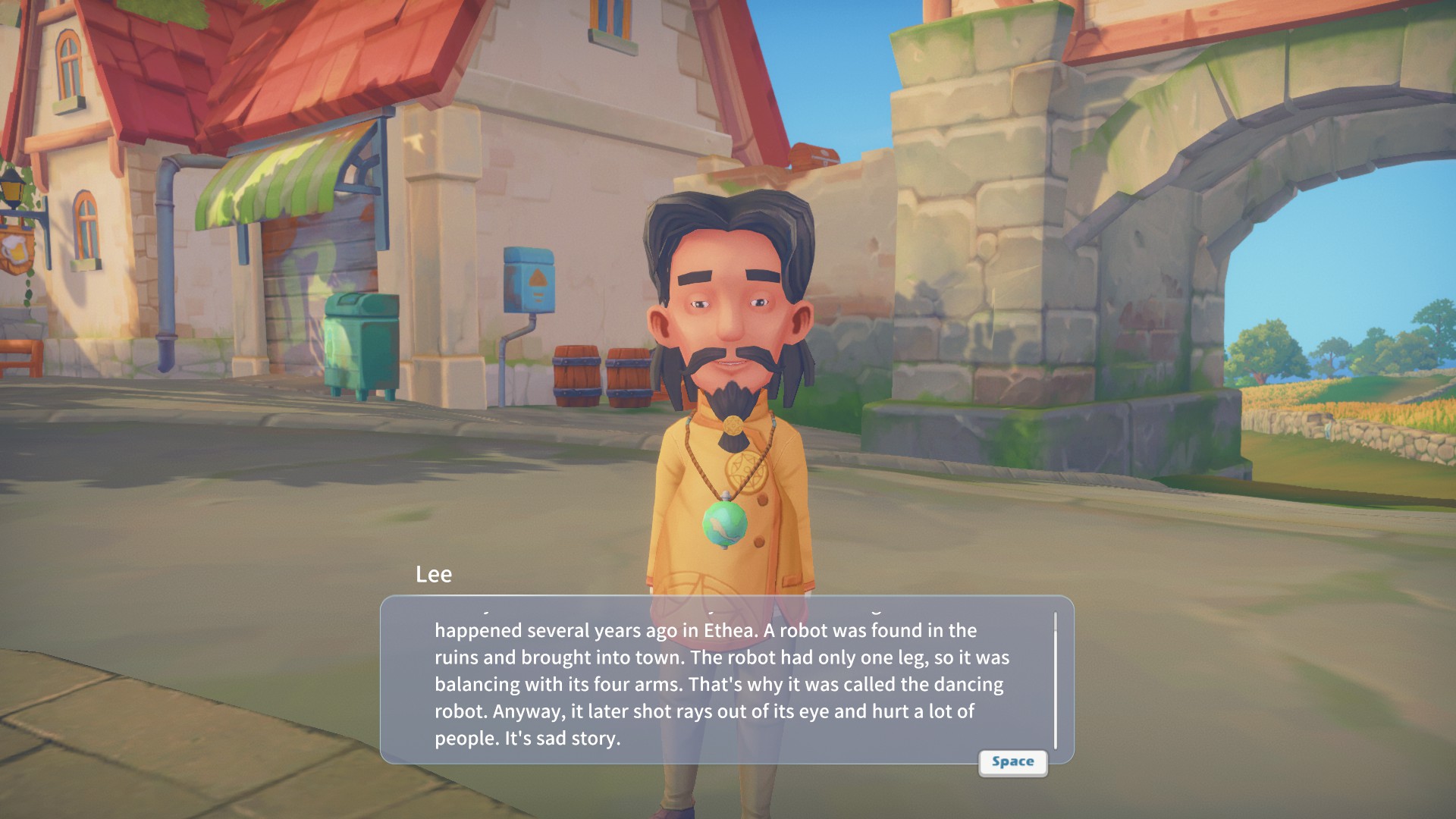 What makes these character interactions seem even more robotic is that these generic dialogue exchanges will be the same no matter the context of where the conversation is taking place. For example, there are many special events that occur throughout the year such as fishing competitions or horse-racing festivals and talking to ‘Toby’s Mom’ at these festivals will produce the same canned generic text, with no mention of the festival whatsoever. 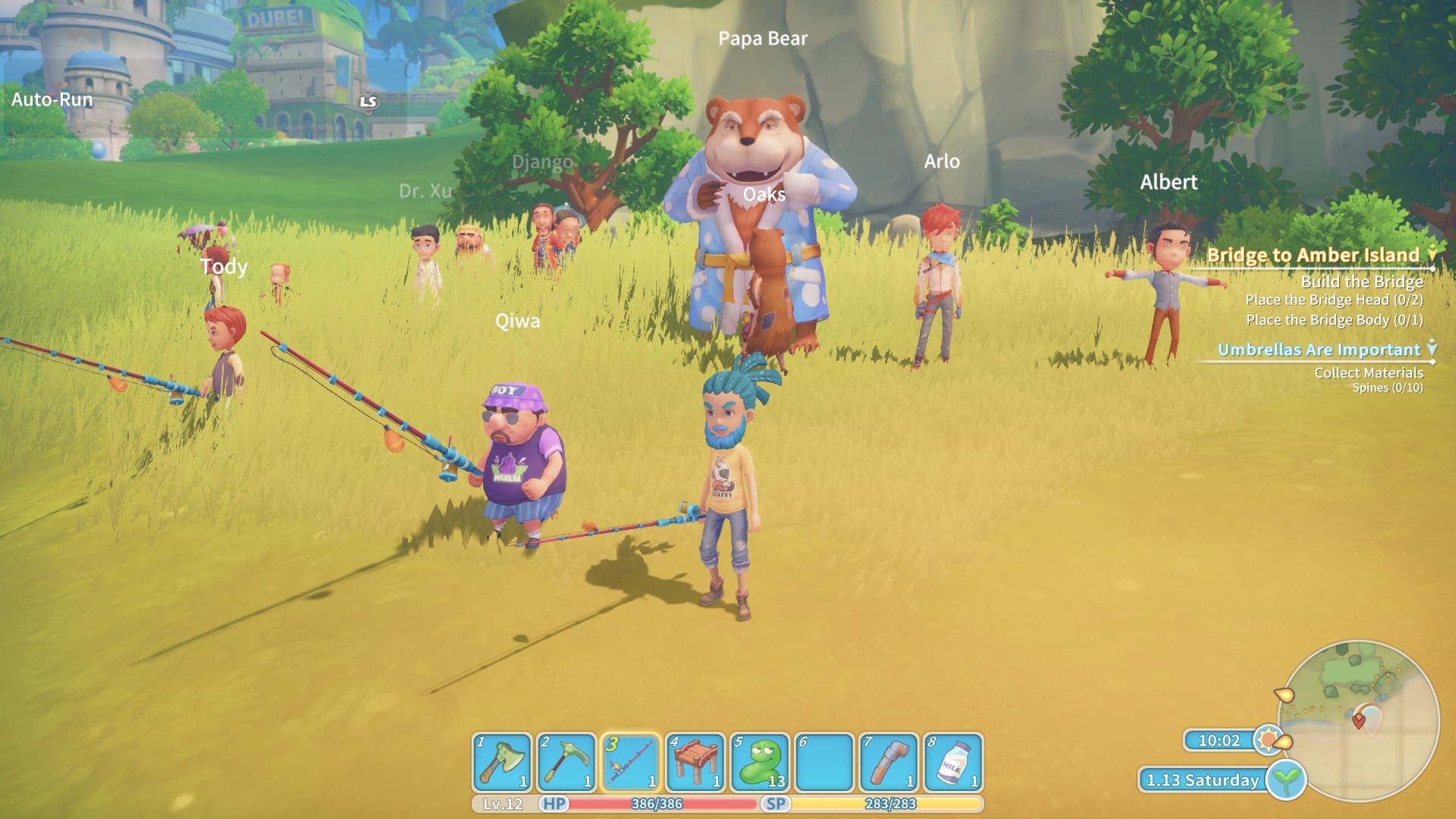 This may seem like a strange issue to dedicate so much effort criticising, however the robotic characters and dull story lines reflect my main gripe with My Time at Portia: the whole thing feels rather lifeless and devoid of that indescribable charm that makes you want to immerse yourself in the world. When you have no interest in befriending the characters or finding out what they do in their day, the experience becomes far less engaging and turns rather lonesome. 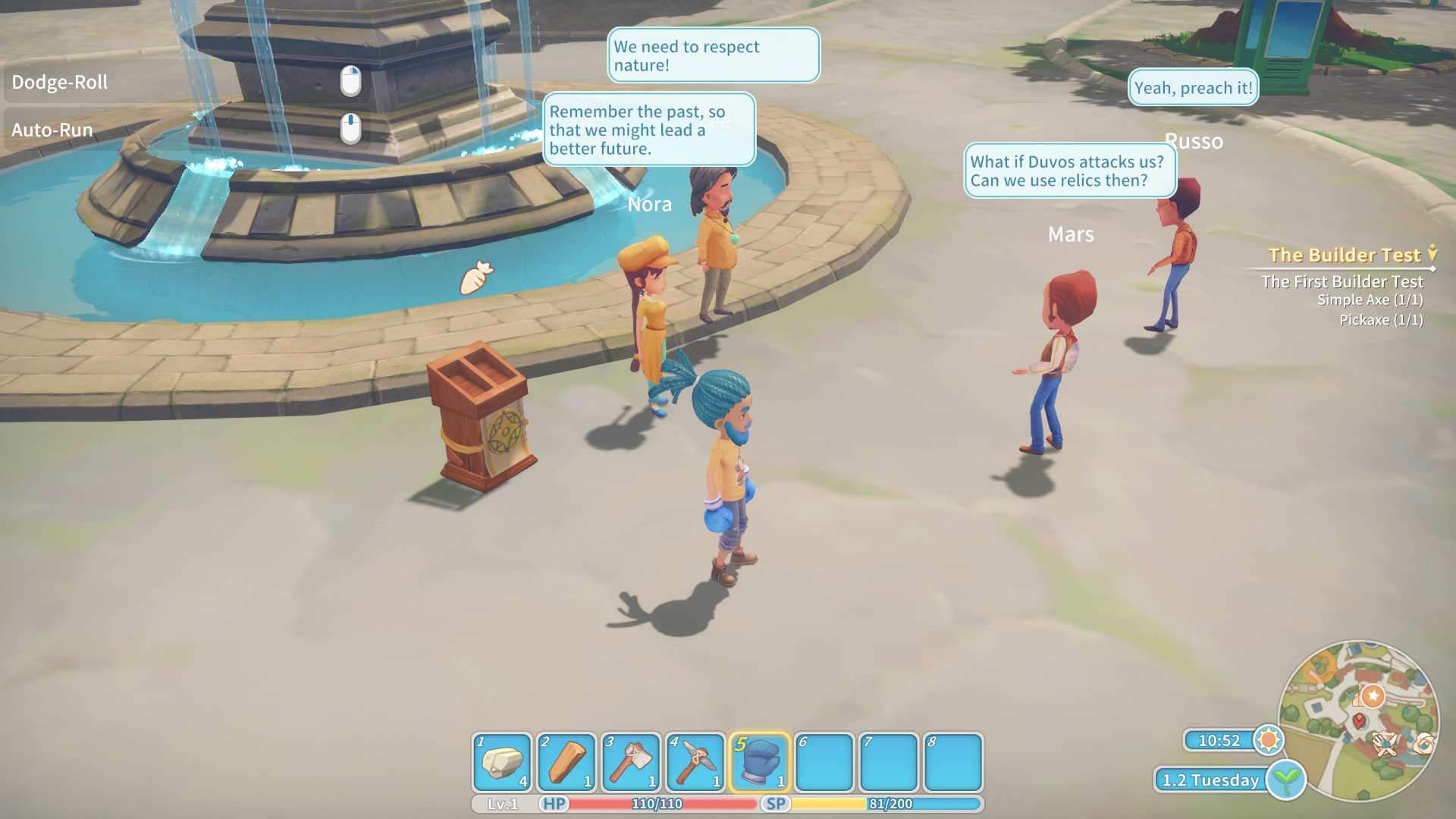 With all that being said, there are a number of things that My Time at Portia does better than many other titles in this genre. The most impressive and interesting of these is the mining system. What is often seen as a boring, grind-heavy practice in other games, turns out to be a surprisingly fun and engaging activity in Portia. There are a number of abandoned ruins in the game that the player can explore for a weekly fee, in order to plunder the bountiful resources found within. The player is equipped with a jet pack and radar upon entering the ruins and must physically dig through the earth to locate hidden relics, which can be used to craft elaborate items. Terraforming the terrain and harvesting minerals from colour-coded veins in the earth is quite fun, and the amount of material you receive for mining feels generous enough that you won’t be stuck mining for days on end to craft new items. 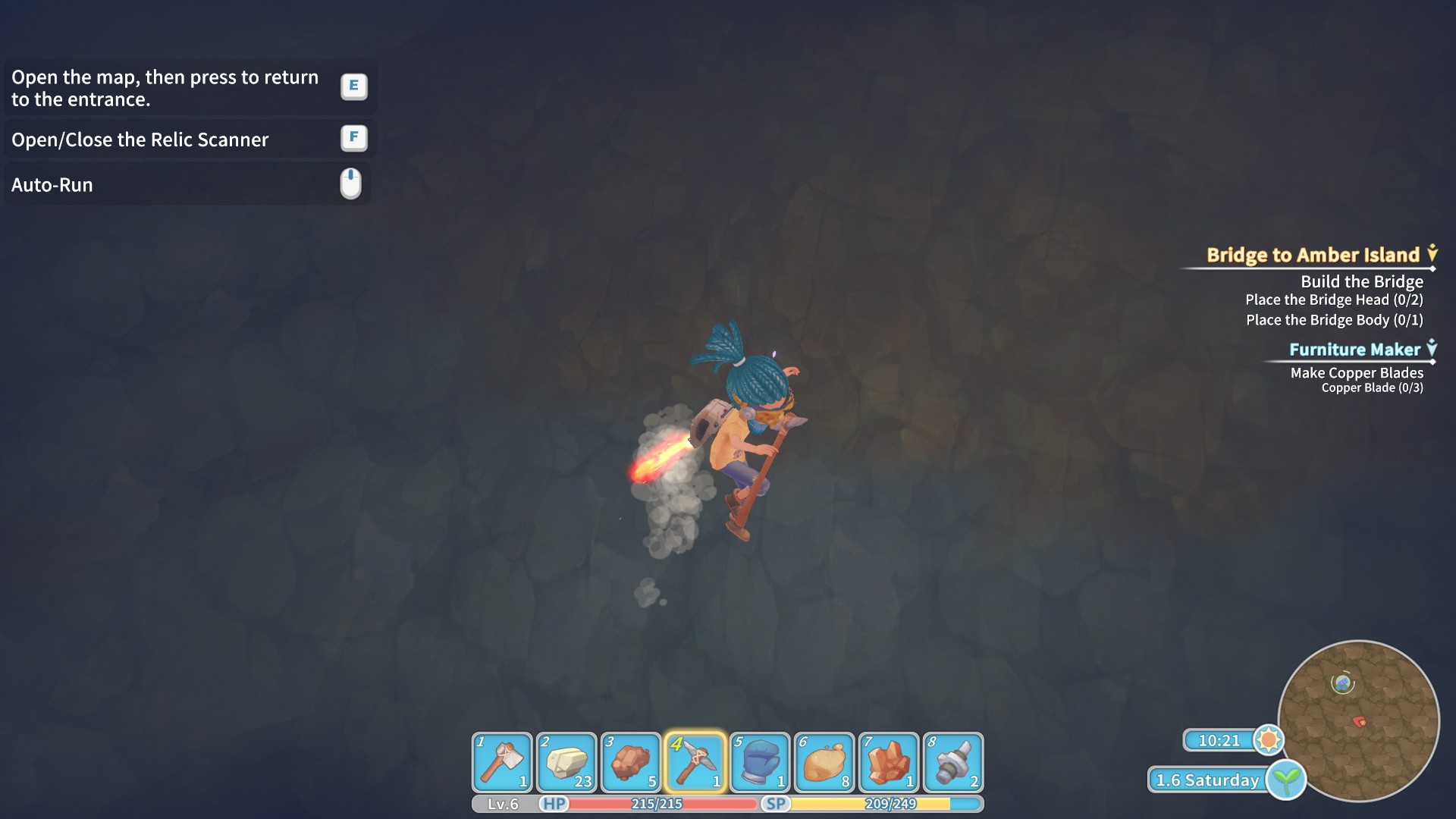 My Time at Portia also uses stats on items in a really interesting way. The player character has a health and stamina stat with the former decreasing as you take hits from enemies and the latter dropping as you perform actions such as swinging an axe or slashing a sword. These stats can be increased the usual ways, such as by equipping armour or eating food that provides temporary buffs. But they can also be increased by placing certain items in your home such as bookcases that increase your health or chairs that increase your stamina. It’s a great system that provides an incentive to craft items that are often only used for aesthetic purposes in other titles of the genre. 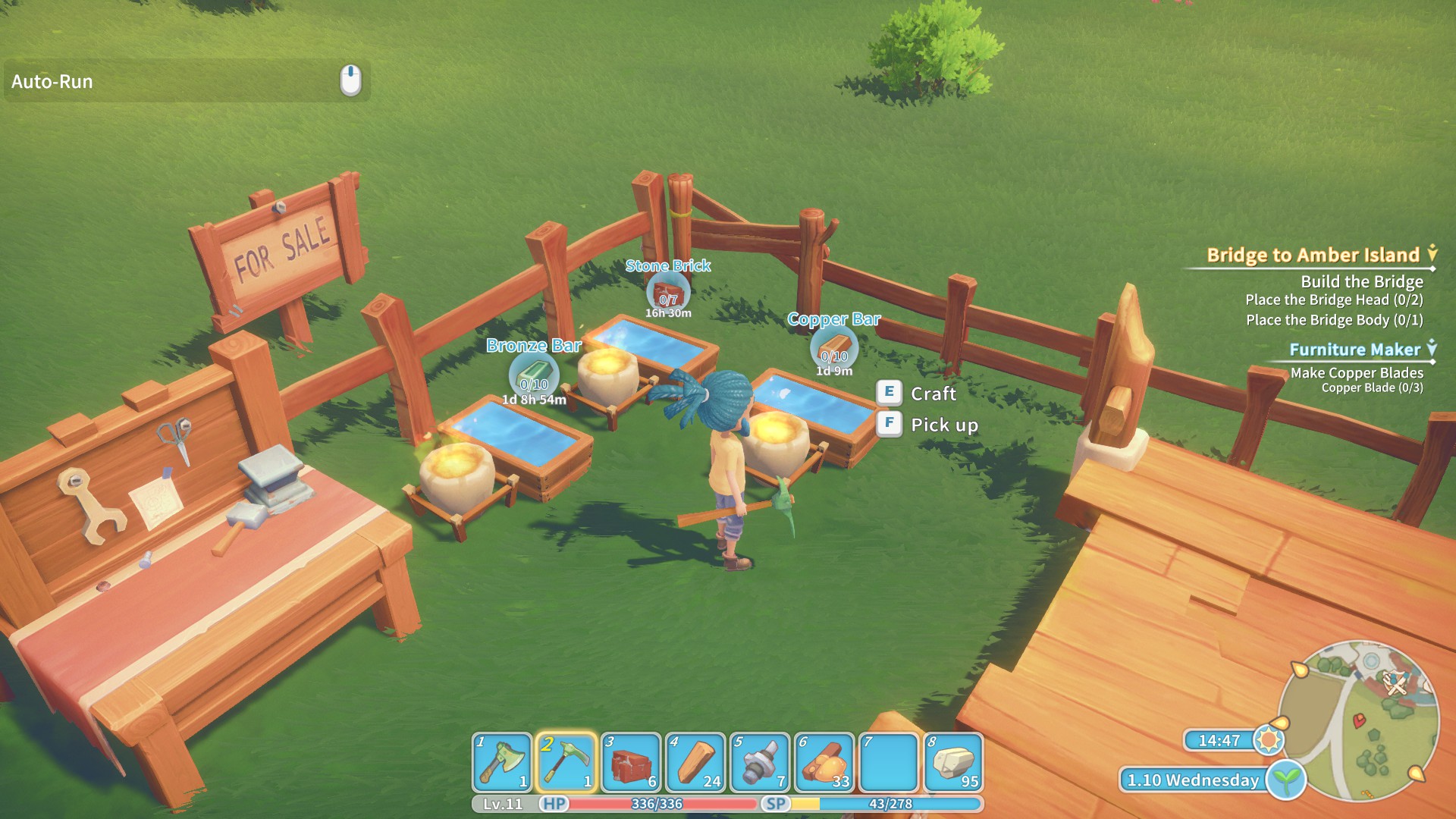 Also, My Time at Portia just looks nice. The game uses a polygonal engine with bright, pastel-coloured textures and cartoonish proportions to create a visual style that won’t win any awards for technical prowess, but simply looks downright adorable. There’s also plenty of attention paid to making the UI and lofty menu systems very simple to navigate and pleasing to look at. Unfortunately the soundtrack doesn’t warrant similar praise with it’s generic ‘dentist waiting room music’ that manages to make The Sims shopping mode tracks sound like an operatic ballad in comparison. 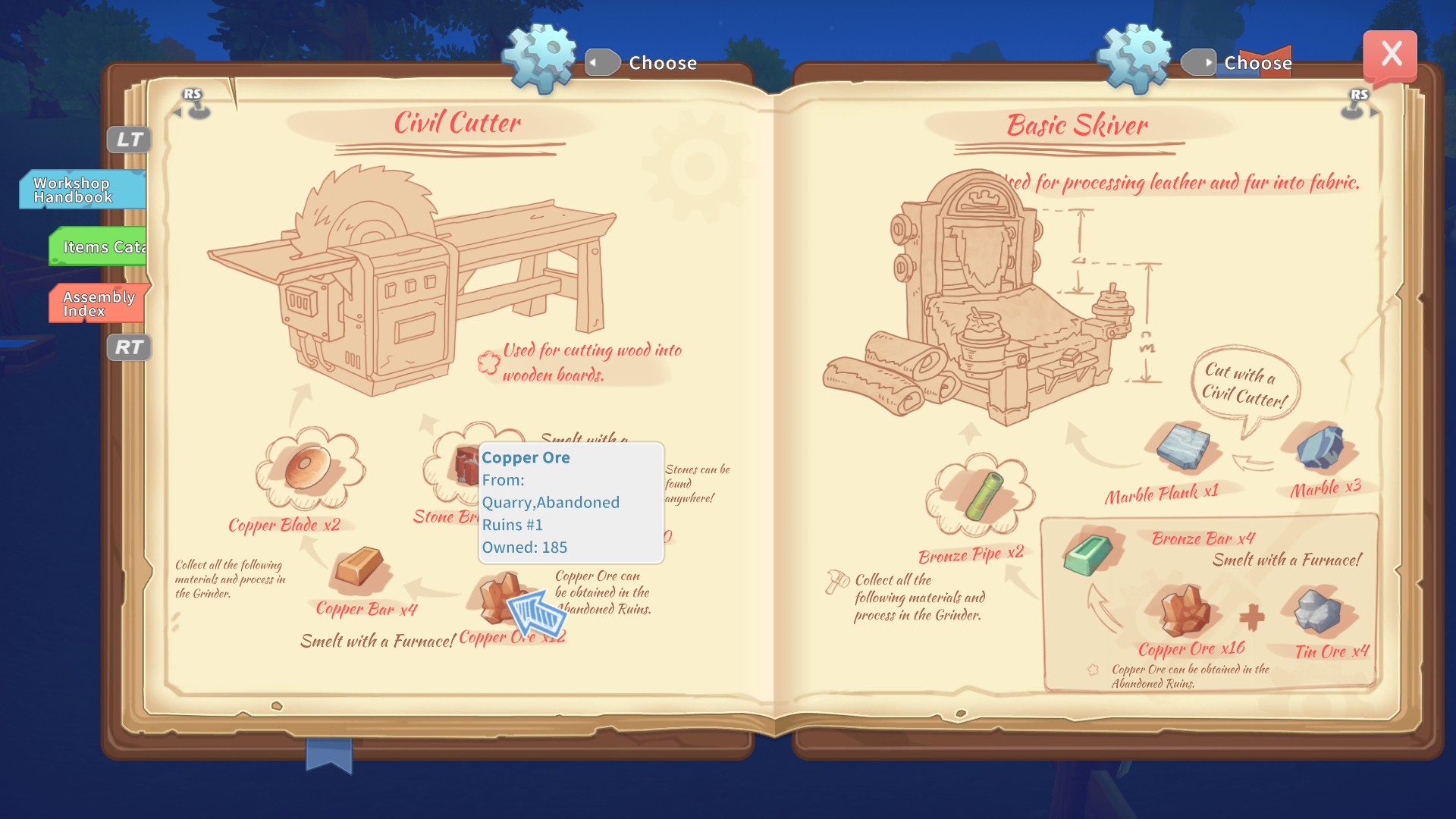 There’s plenty more pros and cons to discuss about My Time at Portia such as the awesome levelling and skill systems, the underwhelming crop cultivation system and the somewhat clunky controls – but the bottom line is that My Time at Portia balances out to be an enjoyable farming/life sim game as the dull writing and storyline is propped up by  fun crafting and exploration mechanics. If you’re a fan of the genre for the interpersonal relationships and storylines, look elsewhere. However if the idea of exploring an adorable, colourful world and crafting an impressive array of neat stuff sounds appealing, then Portia is just a short boat ride away. 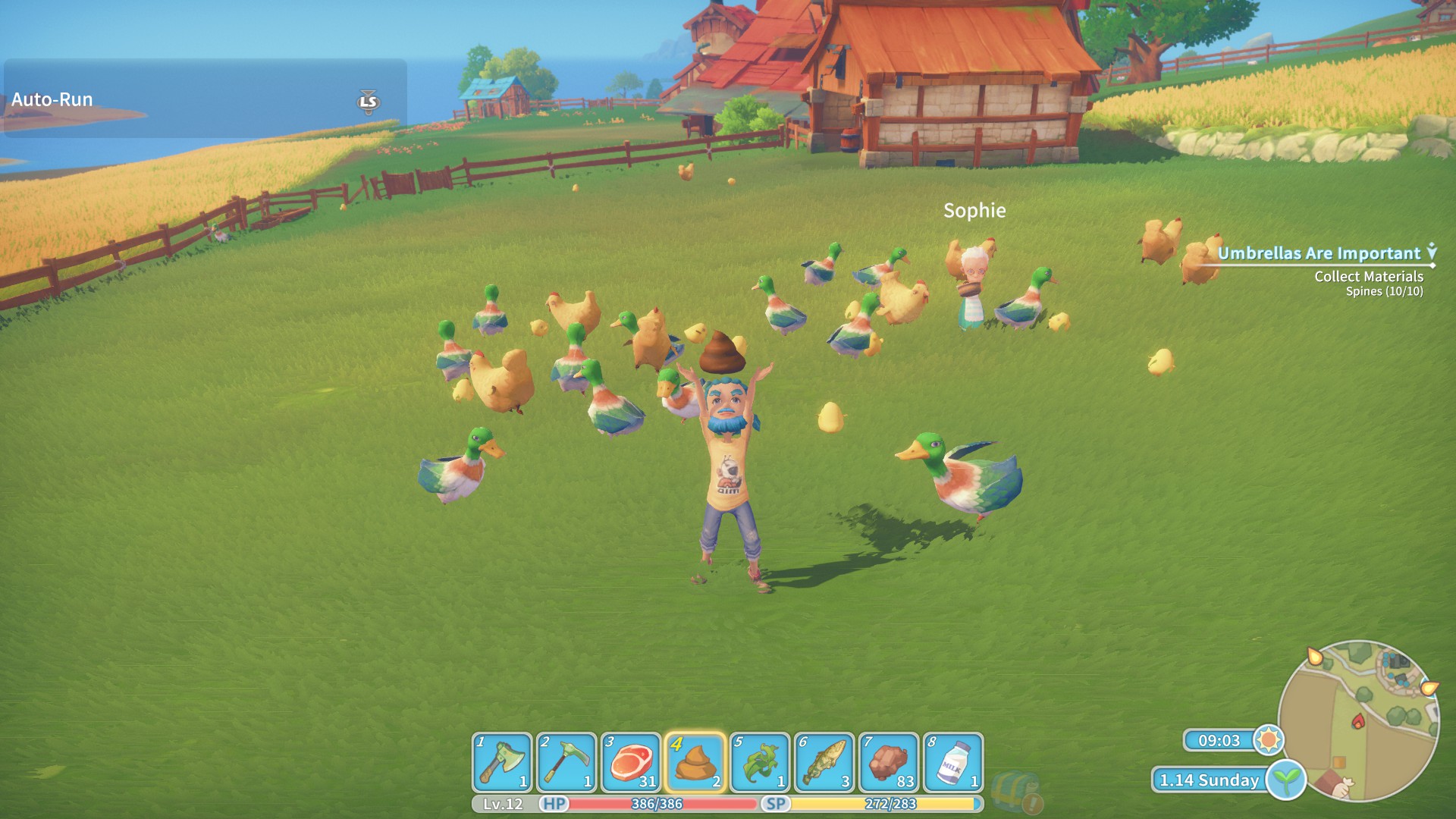 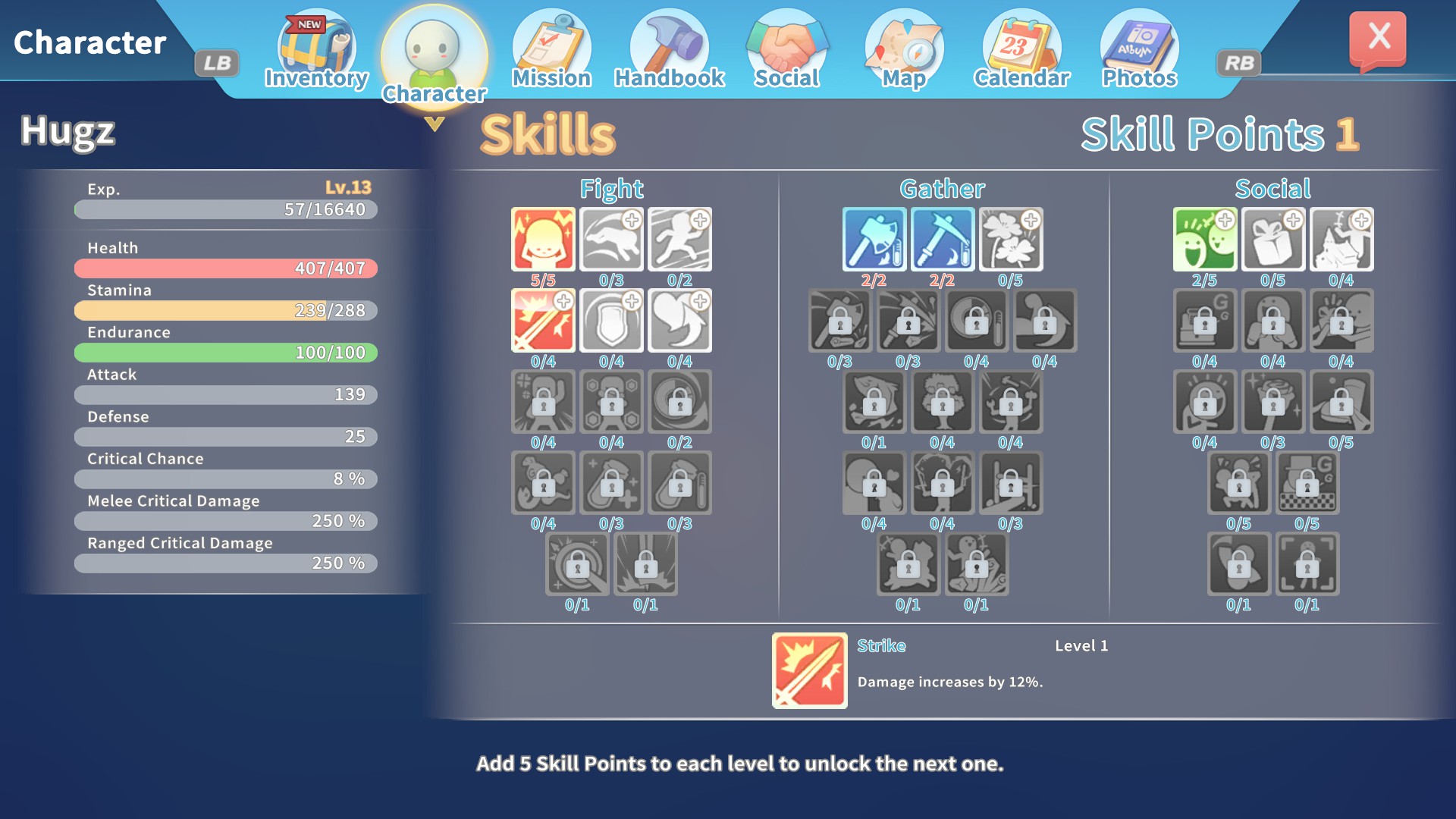