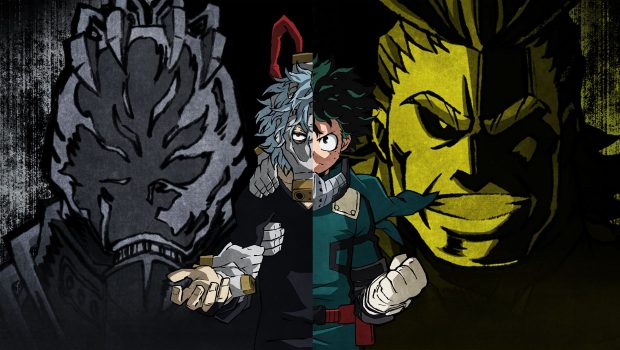 Summary: My Hero One's Justice leaves room for improvement, but gives us a decent foundation to expand the world of My Hero Academia for future games.

My Hero Academia is huge right now. If you’re interested in manga or anime, then you’ve heard of it. This shonen anime rides off the wave of the modern superhero trend, but has a deep resonance with fans for its genuinely well-written characters and themes. It was inevitable that the series would spread to video games. My Hero One’s Justice is the first official game in the franchise, and it comes with its fair share of growing pains. Much like the show’s protagonist Deku, One’s Justice is only discovering its strengths and has much to learn. 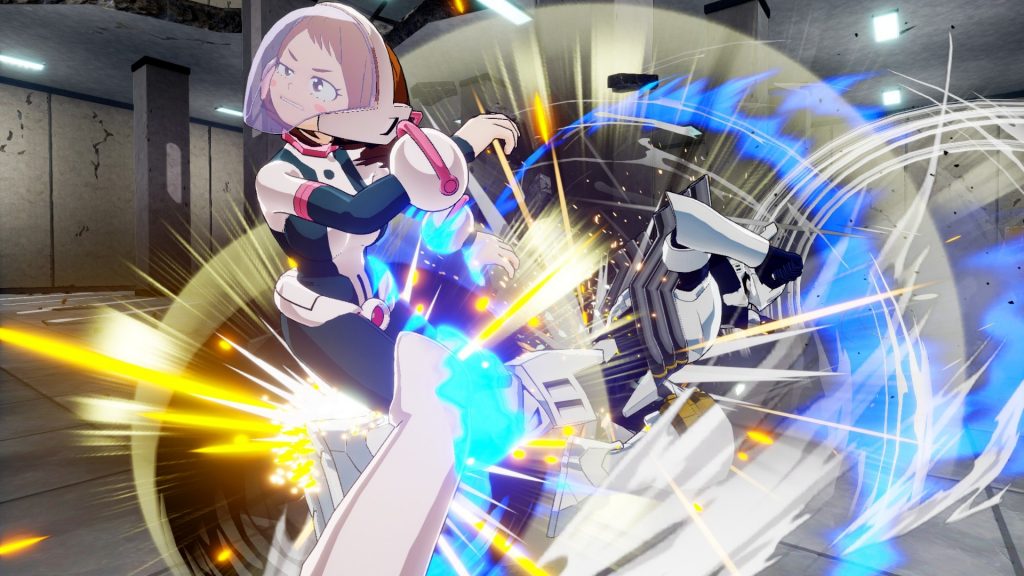 One’s Justice is a fighting game, to nobody’s surprise. Battles take place in 3D arenas based on set pieces from the anime. Every character has their basic attack (mash for maximum efficiency) but every hero can use their unique quirk to gain an edge on their opponent. Uraraka could beat up her opponent with a stone pillar, but she could also lift boulders into the air ahead of time and then use the stone pillar to whack them at the opponent from a distance. Todoroki could use his standard block but leave himself vulnerable to a grab. On the other hand, he can use his quirk to create an ice shield that instantly freezes enemies at close range. You can also summon an ally from time to time to tip the scales some more. This game can inspire you to think creatively to overcome your enemies. 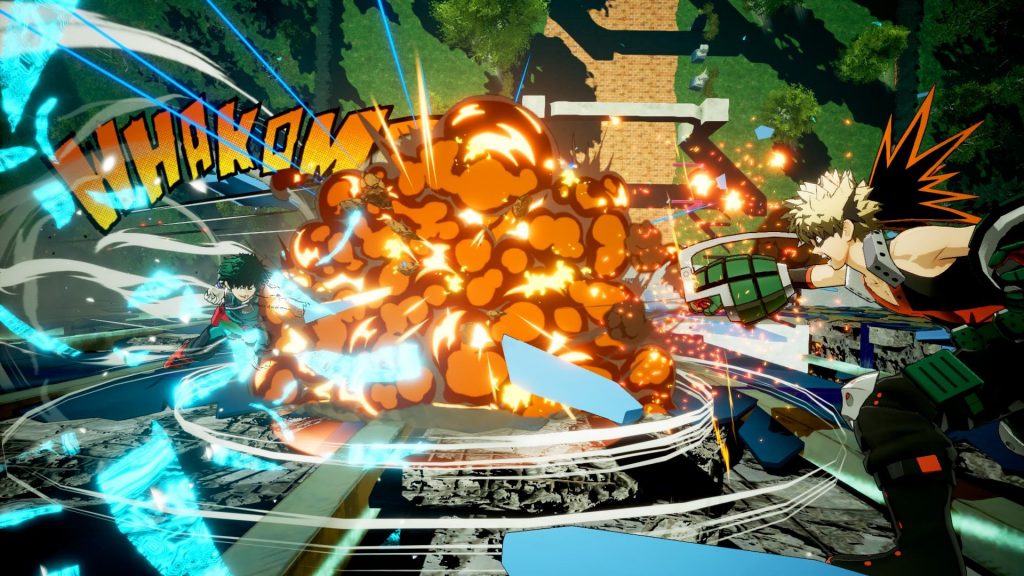 Generally, the game gets down to business and focuses purely on fighting. It’s relatively easy to approach for new players, as the CPU doesn’t put up much of a challenge. In fact, the AI isn’t very smart at all. You’ll often find CPU opponents running against a wall for no reason. While every character stands a chance against every other character, you’ll find the character roster unbalanced. In my time with the game I found that Todoroki had very few weaknesses, so he’s an ideal character to win most battles. 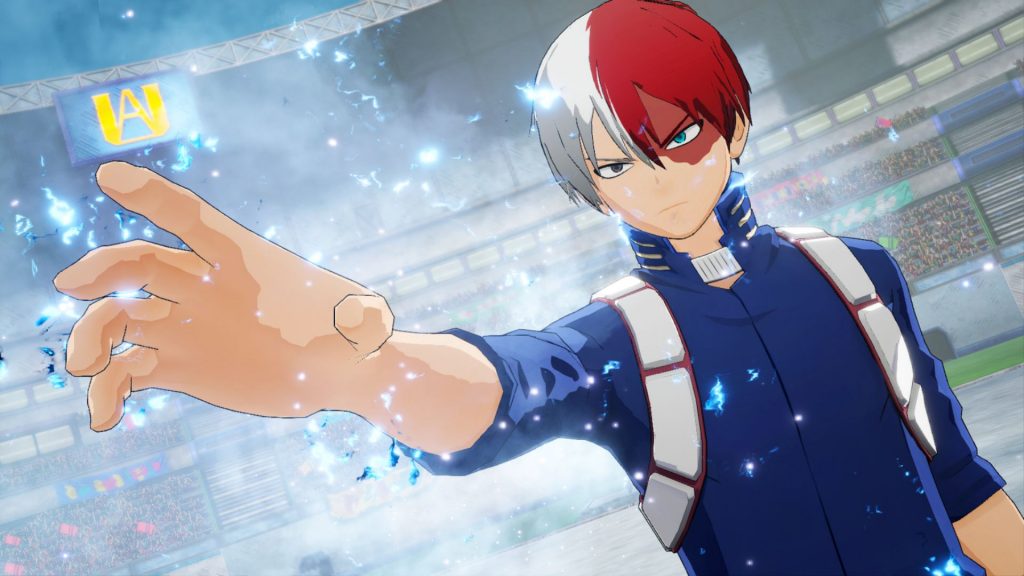 One’s Justice adopts a cel-shaded style for the playable cast. The solid colours and line art replicate the look of the anime as well as 3D models could. The visual effects as punches are thrown emulate the anime style more effectively. The battle arenas look nice enough, but it’s obvious they’re not what you’re supposed to be looking at. The soundtrack sits between urban rock music and the occasional orchestral arrangement to set the tone of more serious fights.

The game offers a Story Mode, Local and Online multiplayer, Arcade and Mission modes. Fights can get intense as the stage can fall apart when characters are flung against walls- and even get stuck in them. You feel the intense rumble in the controller as you take a heavy hit, or collide against a wall. This game puts you into the world of My Hero Academia in a way that no other medium can accomplish. You can also customise your characters with alternate outfits, extra clothing items and voice clips to depict your favourite characters as you please. That’s not to say that One’s Justice couldn’t do a better job of immersing players. 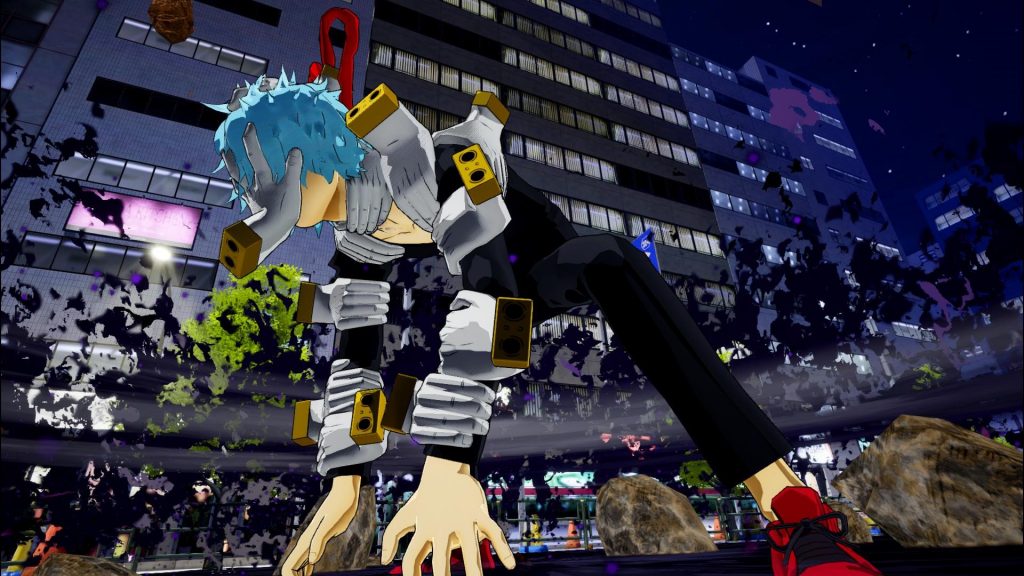 Disappointingly, the story mode of the game is easily One’s Justice‘s worst offering. It’s essentially a chain of fights
that you could probably just set up for yourself in Local Match. There’s nothing unique to the story mode. Battles are accompanied with ‘cutscenes’, which are lazily presented as comic panels with screen grabs from the anime. Some chapters are cutscene-only to establish plot in contexts where there are no fight scenes. The story is based on the tail-end of Season 2 to mid-Season 3 of the anime, so there’s not much new for fans of the series. 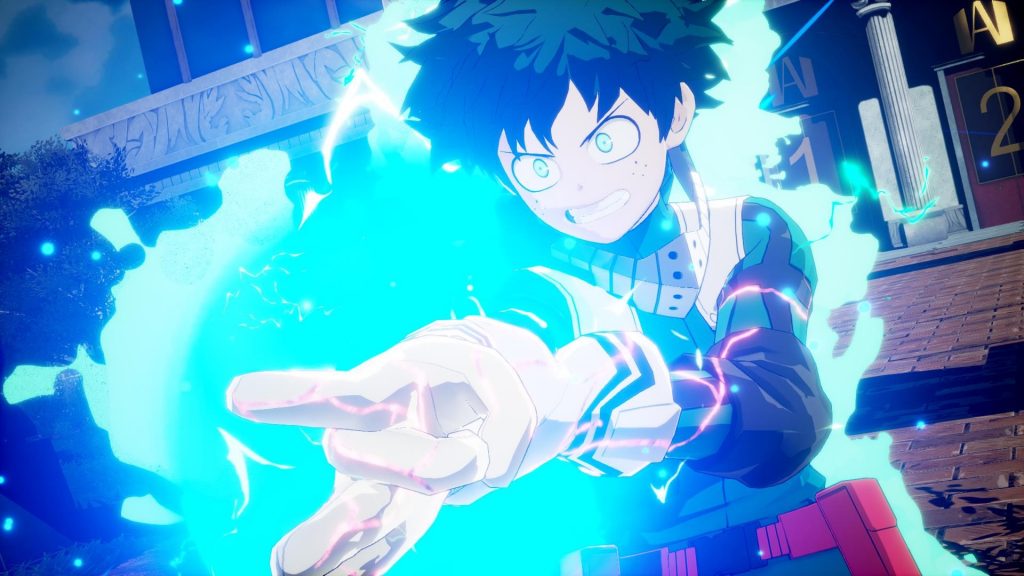 Despite the game being fully playable in English, One’s Justice only contains Japanese voice acting. It’s normal for anime-based games to skip an English dub, but this compromises the custom voice clips for non-Japanese speakers. Aside from one secret character and other small aesthetic unlockables, there’s little motivation to play through Story Mode. The Arcade and Mission modes of the game offer similar types of gameplay. The main difference is in the presentation. Arcade mode puts you up against several consecutive battles with a team of your choosing. Mission mode has a similar take to Story Mode, minus the cutscenes and with the addition of being able to level up characters. 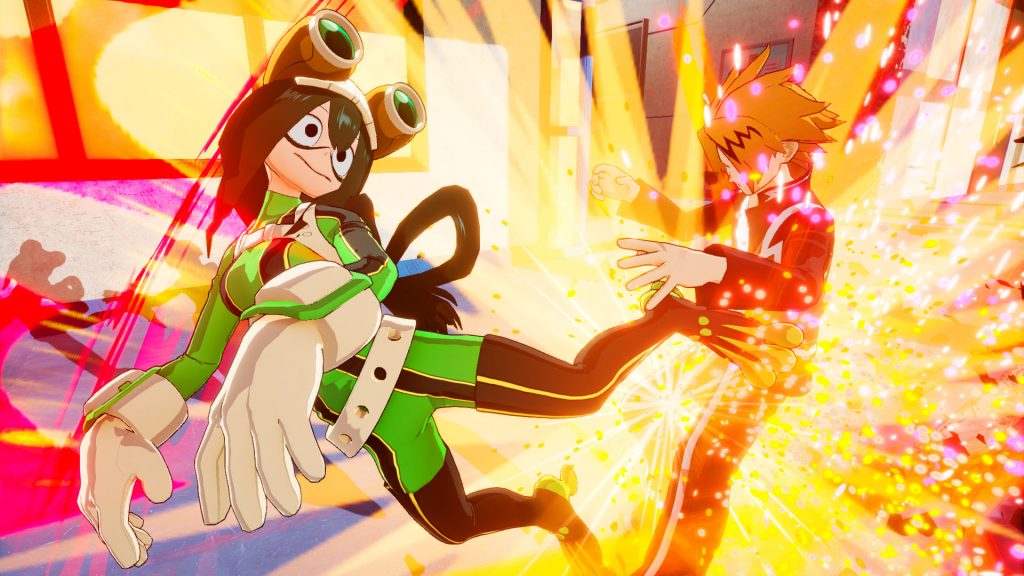 It’s clear that One’s Justice is simply testing the water for potential future games in the series. The game has stimulating gameplay that does its best to be unique and faithful to its source, but limits itself by being nothing else than a fighting game. It’s a shame that One’s Justice does so little to broaden the appeal of the anime. My Hero Academia is loved for its characters. One’s Justice lets you have fun playing as most of Class 1A (and select heroes and villains) but this game doesn’t feel complete without a unique story that puts fan favourites in new situations. The mediocre story mode, lack of English voice acting, and the “plus ultra” price tag make the game a hard sell for anybody but hardcore fans of the series.