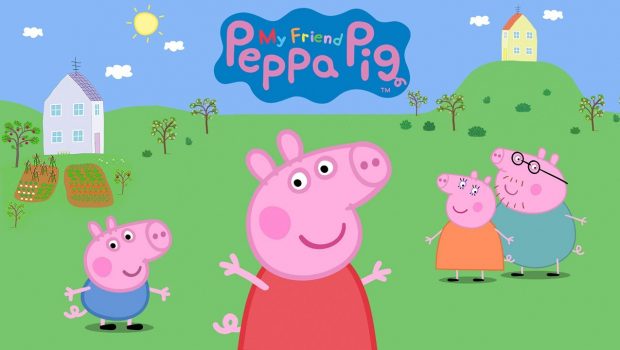 ‘MY FRIEND PEPPA PIG’ THE VIDEO GAME LAUNCHES TODAY ON CONSOLES AND PC!

Become Peppa Pig’s newest friend as Outright Games, the leading global publisher of family friendly interactive entertainment, in partnership with Hasbro have today launched ‘My Friend Peppa Pig’, available now on Nintendo Switch, PlayStation®, Xbox, Stadia and PC priced at £34.99/$39.99/€39.99. Based on the long-running smash hit preschool series Peppa Pig, join Peppa and your favourite characters in this brand new interactive adventure where players create and star in their own unique story.

Fans of the well-known series can join Peppa, along with other characters including Mummy and Daddy Pig, Suzy, Mr Potato and more for an interactive story driven experience. Players can create and customise their very own character, explore famous locations from the popular TV show, and be part of fun-filled activities alongside Peppa Pig herself. With straightforward controls, little piggies and their parents can join in the fun with Peppa in this single player game, and embark on an epic story.

“We’re thrilled to bring the world of Peppa Pig to fans in this brand-new adventure video game,” said Terry Malham, CEO of Outright Games. “It was exciting to produce a video game in partnership with Hasbro where each player becomes the main character of their own story as they play along with Peppa Pig, and we’re excited to have created something for young children and their parents to enjoy together, discovering all the exciting things Peppa’s world has to offer.”

Peppa Pig first aired on screens in 2004 and has since grown to become the pre-schoolers best friend. Distributed in 180 countries, the Peppa Pig license is a benchmark that affects parents and especially children from all continents and cultures by supporting them in everyday life situations. She helps preschoolers explore and expand their understanding of their own world through the experiences of the heroine Peppa.