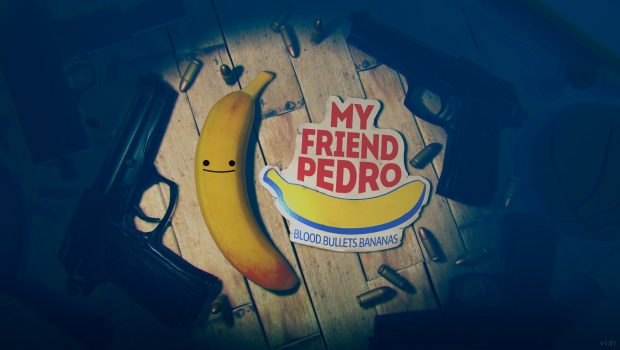 Summary: If the Matrix was invaded by Deadpool with a banana fetish... you might get something like My Friend Pedro.

Every now and then a game comes along that takes elements from a number of places but still comes out being quite unique. My Friend Pedro certainly fits that category. It’s kind of like Kickass if Deadpool invaded it and threw some Matrix and banana love in the mix… that sounds weird… but it might seem more understandable when you play. 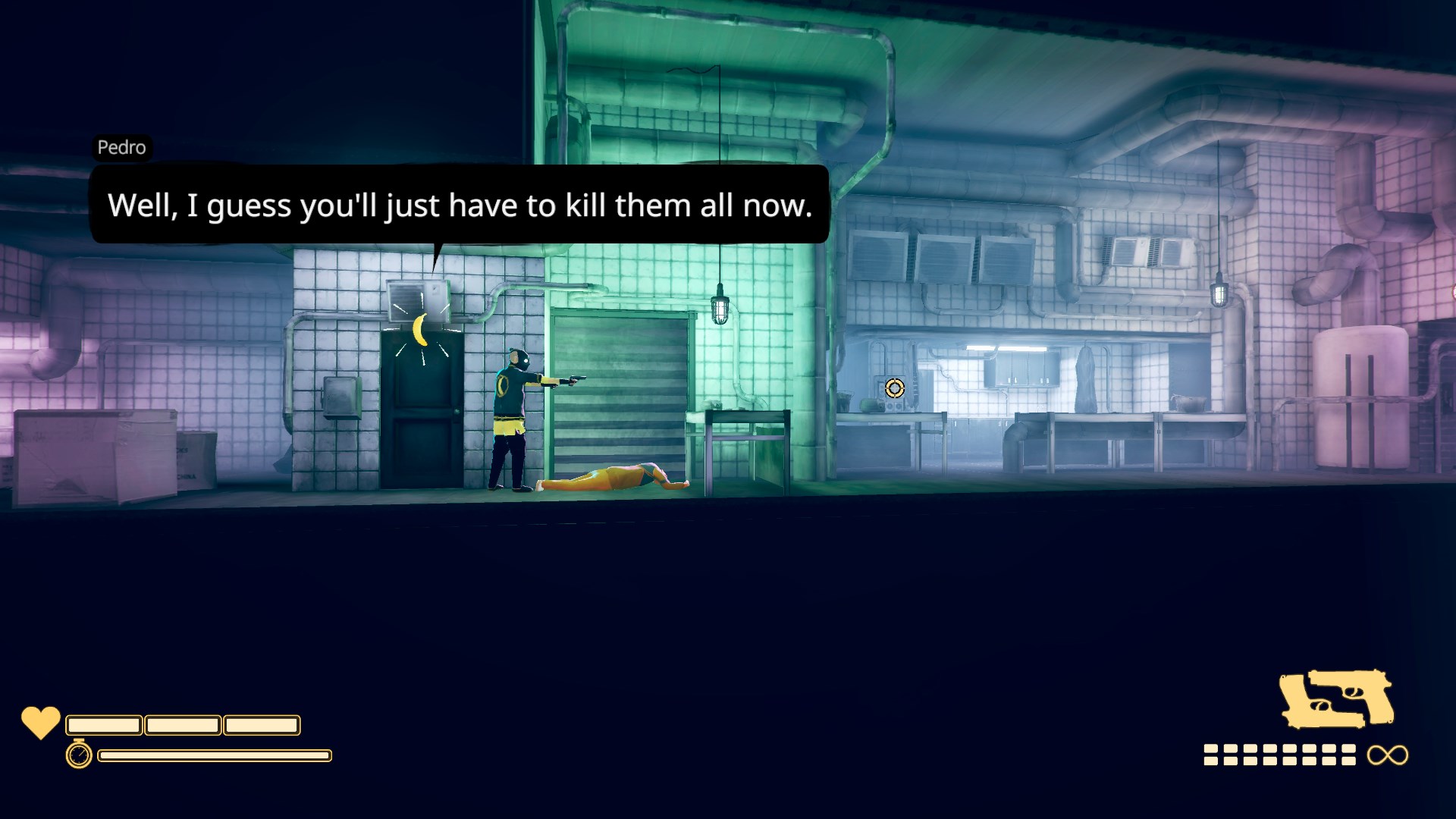 The basic idea is you are an unnamed character whose friend is a sentient banana… yep you read that correctly. You are guided through level after level of enemies that you are urged to dispatch by your talking banana friend (there’s a chance you may have some undiagnosed condition). It’s a weird concept… but it is a lot of fun to play. 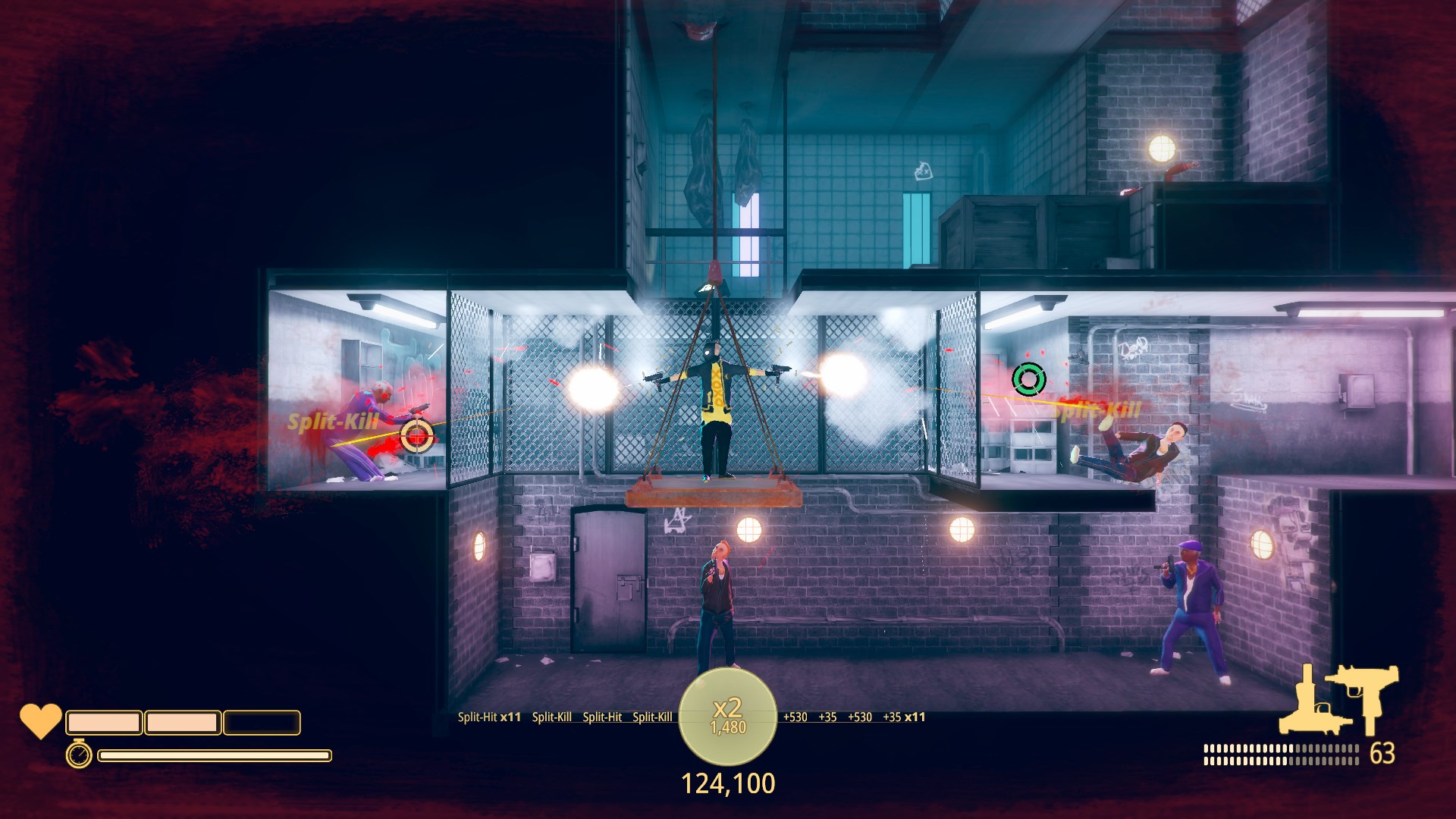 The gameplay is full of over the top bullet ballet and gymnastic stunts that will save your life more than a few times. Ballistics also play a heavy roll with numerous obstacles requiring some clever ricocheting to overcome. That can all sound a bit daunting, but rest assured the game will help with the majority of the heavy lifting. Ricochet shots don’t require you to line up the path or anything… you simply need to realize that a surface can be used for ricocheting bullets, fire at it and the game will do the rest. You do have to work a little harder with kickable objects, but their path of potential destruction will be shown to help you out. 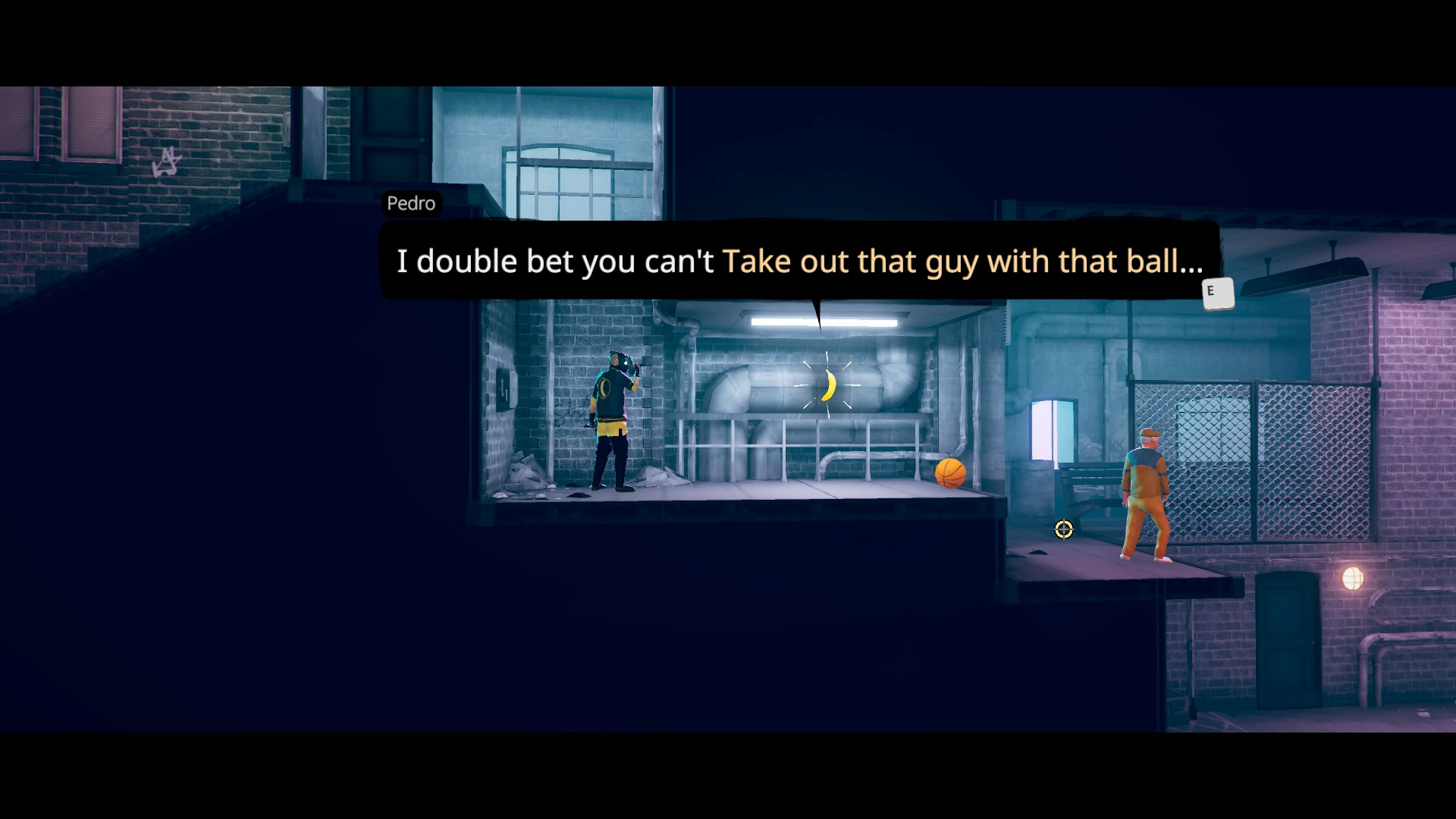 You begin your blood soaked quest with a simple gun and your homicidal banana telling you what to do. As you progress you will pick up other weapons to help you clear out your enemies. Dual wielding is a critical ability that will be presented to you and is tackled in a very handy way… you highlight one target by selecting it with a mouse button which will then automatically be covered by one weapon while the mouse pointer will enable you to aim at another target. If that wasn’t enough… you can slow time to help you catch your aim with the second weapon and watch in dramatic style as you slowly flip around the screen with one weapon locked on a target as your other fires wherever you feel it needs to. 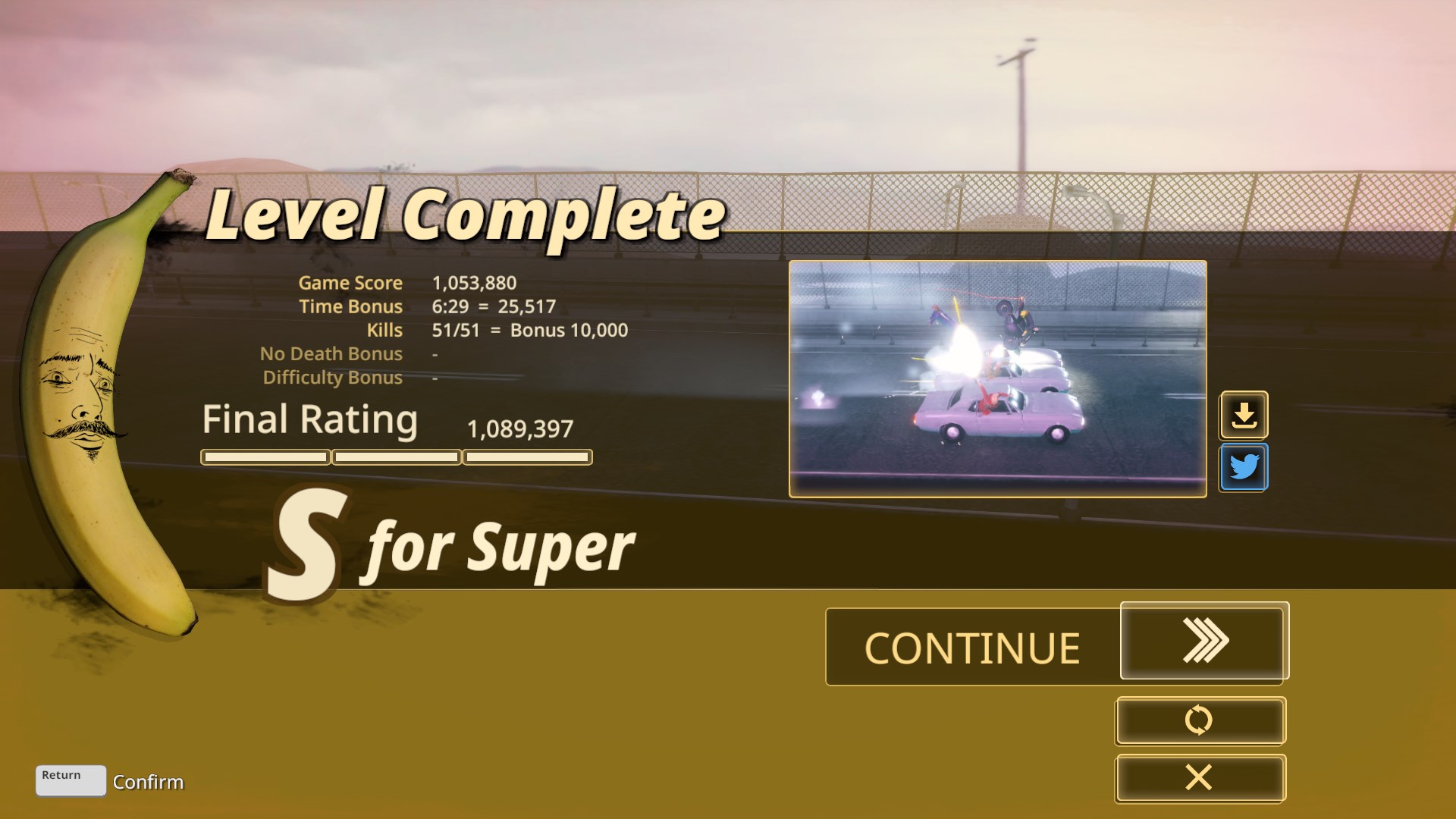 As you get further into the game there are some different challenges that will present themselves, traps, mines basically security measures that will require you think a bit before racing in. There’s also some time spent in your Banana’s own landscape (sort of a trippy Terry Gilliamesque landscape.). As the chaos increases, your ability to perform stunts the biggest action heroes would be envious of will remain your greatest strength and keep you feeling badass even in what would seem like certain death. 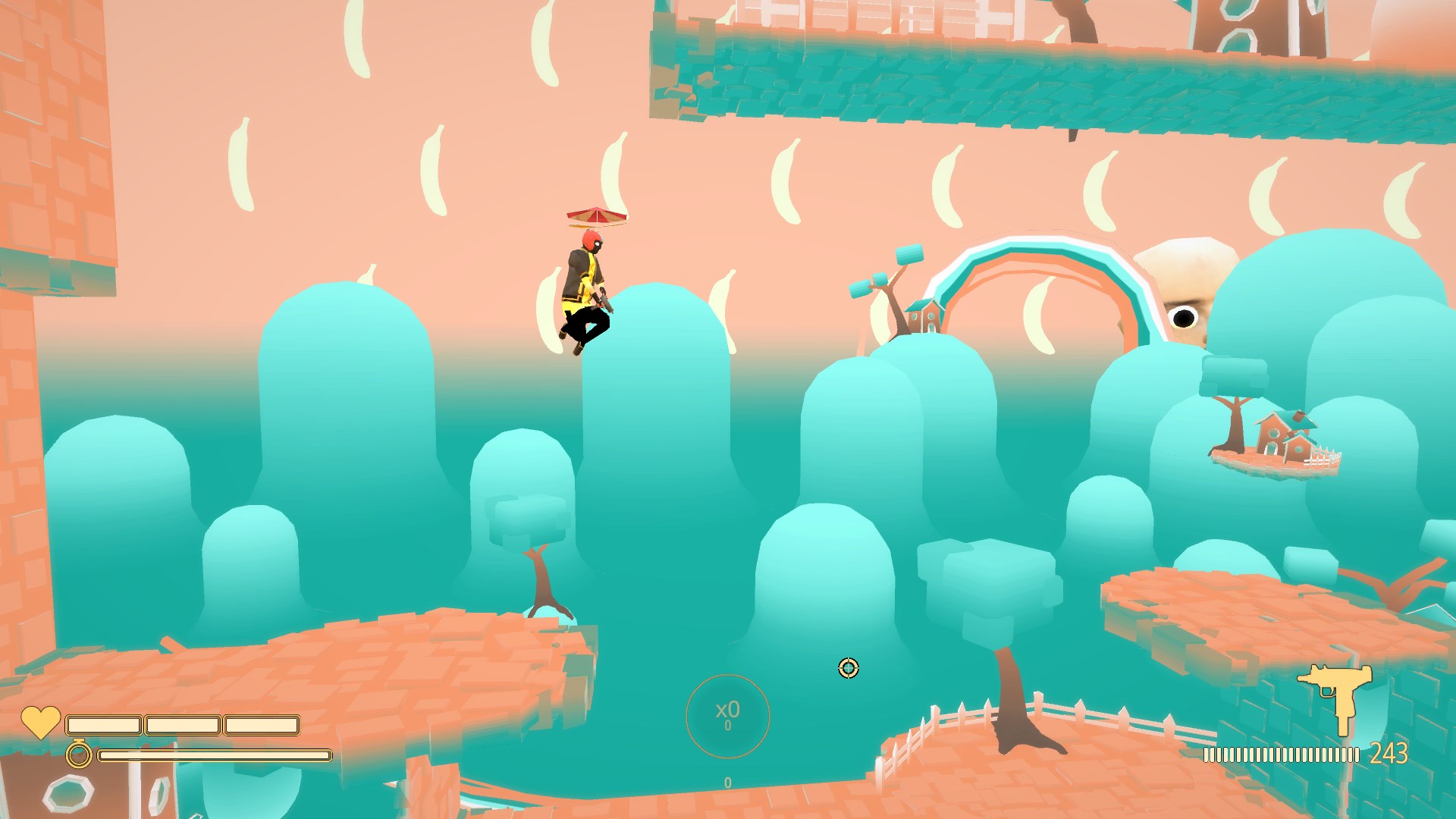 It’s a pretty decent price for the fun that is to be had. In the end… you are just one man and his banana… and maybe that’s all you really need.