PQube, VR Distribution, and Milestone are proud to announce the Australian launch of MXGP -The Official Motocross Videogame – the new and exciting videogame based on the official World Motocross Championship available today for PlayStation®3, PlayStation®Vita and Xbox 360® and Windows PC®.

Dust, emotion, simulation, authenticity, amazing jumps and the fight to the first position. These are the key elements of the new videogame based on one of the most adrenaline filled and challenging Championship ever. In this way, modeled from dust and mud, come to life the new generations of riders/players that characterize the new Milestone masterpiece. The aim? Win the World championship title match by match. A lot of new features have been included into the game that will inspire Motocross lovers and gamers alike.

MXGP features all the riders, teams, bikes and rules from the official MXGP 2013 calendar including a redesigned career mode for living the feelings of the Motocross.

Developed by Milestone Studio, MXGP, The Official Motocross Videogame is available now for PlayStation®3, PlayStation®Vita, Xbox 360® and Windows PC®. The game is being distributed throughout Australia by PQube and VR Distribution. 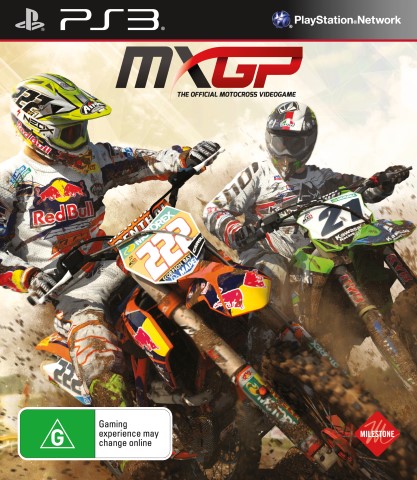 MXGP features all the riders, teams, bikes and rules from the official MXGP 2013 calendar including a redesigned career mode for experiencing the real life of a professional motocross rider.