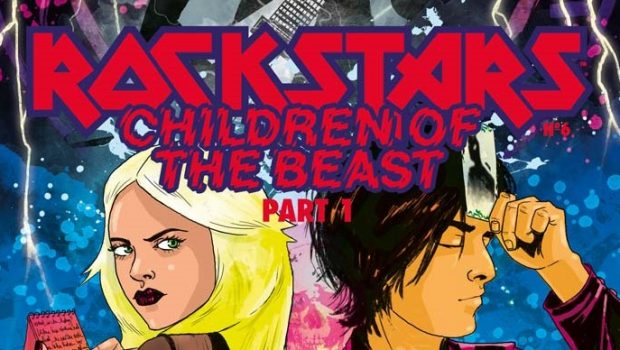 Writer Joe Harris (SNOWFALL, X-Files) and artist Megan Hutchison (An Aurora Grimeon Story: Will O’ the Wisp) will launch a new story arc in their ongoing series ROCKSTARS this August: Children of the Beast.

“If there was ever a genre that fit the ROCKSTARS modus, ethos, and mythological mission statement, it’s metal,” said Harris. “And, with Children of the Beast, we’re tapping into some of my favorite tropes and subversive tendencies from the 1980s to today, including backward masking, album cover mascots, horns throwing, head banging, hell-raising, unauthorized parking lot videotape and the most Satanic of panics the parents of America’s children could suffer. We’re going straight for jugular with this one!”

“Finally, I get to draw the dreams that I envisioned when I was a kid listening to metal albums before my parents got home,” said Hutchison.

“If you are a fan of Buffy, The X-Files, conspiracies and, of course, rock ‘n’ roll, READ THIS NOW, and there is no doubt you will be dancing madly backwards.”
—Josh Berwanger, founding member of The Anniversary

“ROCKSTARS is heady stuff—as dangerous and exciting as the great rock records that inspired it. They don’t make comics (or albums) like this anymore!”
—Vivek J. Tiwary (The Fifth Beatle, Green Day’s American Idiot)

“A supernatural and musical mystery feast for the mind.” —Comics Verse

“ROCKSTARS is a deliciously intriguing read, scintillating enough to linger with you long after you’ve taken it in, like last night’s final shot of tequila. And it burns just as thoroughly. Pair it with the most immersive and scuzzy album you own. You’ll find it fits perfectly.” —Doom Rocket 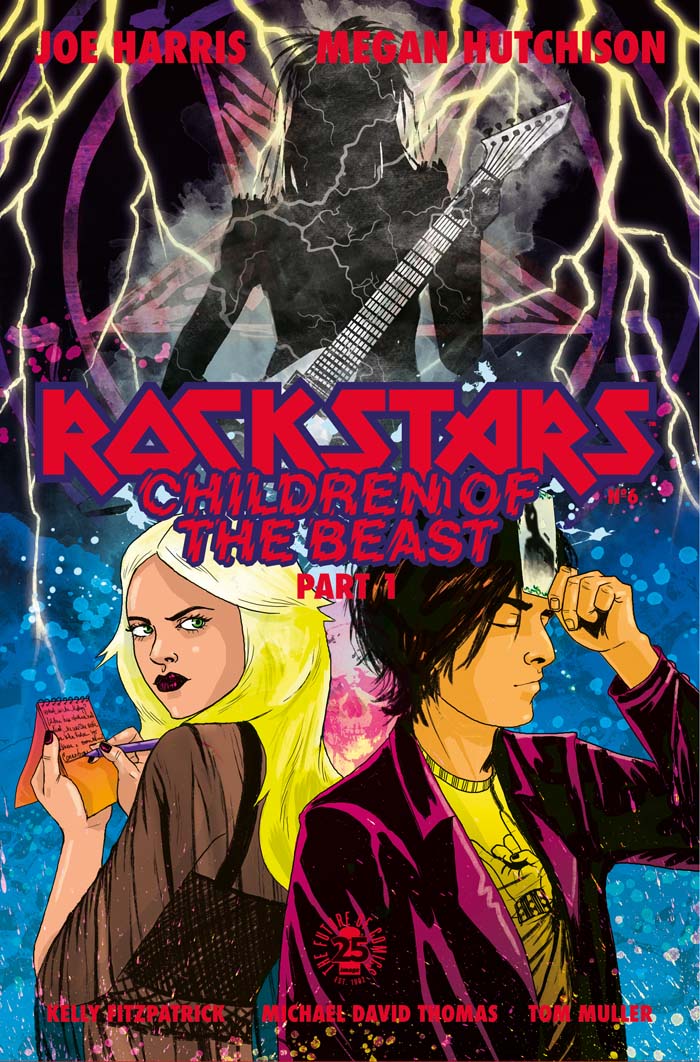