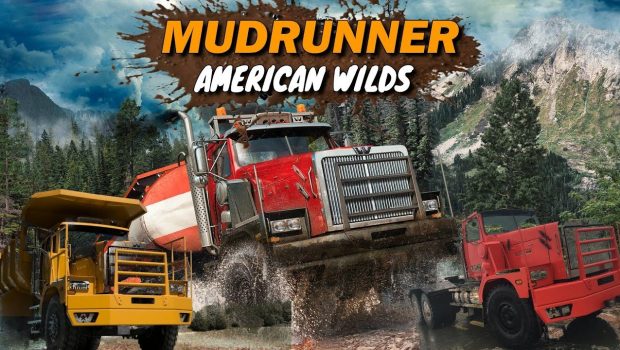 New vehicles from Ford, Chevrolet, Hummer and more, plus new maps based on the roughest terrain of the United States, adding to Spintires: MudRunner’s unique gameplay will be available in Spintires: MudRunner – American Wilds Edition, which includes the base game, the expansion, and all the DLC released so far together in one package.

Overcome muddy terrain, raging rivers, and other obstacles that realistically react to the weight and movement of your vehicle, powered by the game’s advanced physics engine. For the first time, American Wilds includes well-known vehicles such as the Ford F-150, the Chevrolet K5 Blazer and GM’s iconic Hummer, among others. These additions increase the total amount of vehicles to 33, with more than 60 add-ons, all playable solo or with up to three others in co-op multiplayer.

Also added to the roster are Mount Logmore and Grizzly Creek, two new sandbox maps inspired by the rugged landscapes of Montana, North Dakota, and Minnesota. The maps also include a pair of new challenges for crane operation and flatbed delivery.

Spintires: MudRunner – American Wilds Edition is available now for PS4 and Xbox One, and will release on Nintendo Switch on 27th November