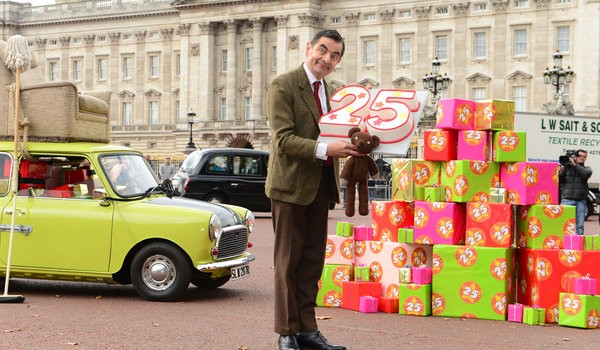 The anniversary celebrations kicked off on Friday 5 September when British comedy icon Mr. Bean (Rowan Atkinson) headed to Buckingham Palace to celebrate 25 years of success. Commuters and tourists alike were witness to a unique and rare display of live comedy from the funny man as he rode down The Mall, on the roof of his ever reliable lime green car, to celebrate in extra-special fashion.