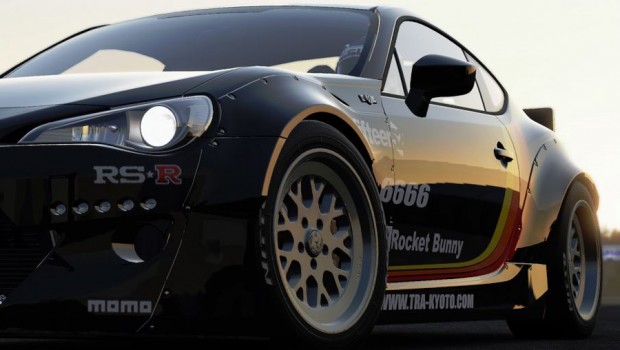 THE MOTORSPORT CAREER IN PROJECT CARS 2 IS NOW DEEPER, MORE ENGAGING, AND FEATURE-RICH

The popular career mode from the chart-topping Project CARS returns for Project CARS 2 with fan-desired improvements, careful refinements, and all-new features to faithfully echo the motorsport careers of real-world drivers like no other racing game.

The refinements and new additions to the solo career in Project CARS 2 have been made to both enhance the experience of the ultimate driver journey, and to empower drivers with far more freedom of progression and expression.

Project CARS 2’s single-player career mode now spreads 29 motorsport types out over 6 Tiers and 5 unique disciplines to create a deeply engaging, challenging, and satisfying solo experience. Drivers can choose to race their way up through grassroots motorsports such as Karts, Formula Rookie, or Ginetta Juniors all the way to the very top echelons of real-world-based motorsport series such as IndyCar, and the GT3-based Pirelli World Challenge, or they can simply jump straight into more advanced Tiers to enjoy shorter, race-action-packed careers.

The ultimate driver journey is to enter the pantheon of motorsport legends. How drivers win one or all 7 Lifetime Goals that will define their legacies is up to them: Dominate the same championship year-on-year, win three blue riband events on the motorsport calendar such as the Indy 500 and Le Mans 24 Hours, become a factory driver for elite brands such as Ferrari and Porsche, or seal immortality with wins in three different motorsport disciplines—the challenges to entering Project CARS 2’s Hall of Fame have never been greater, or more appealing.

The core of the driver’s career in Project CARS 2 is the Tier system that has been carefully fashioned to model that encountered by real-world drivers. Drivers can choose to follow one motorsport discipline all the way from Tier 6 to Tier 1 (GT cars, for instance), or jump between the 5 disciplines and race in open-wheels, GT, prototypes, rallycross, and touring cars, ensuring a depth of motorsport like no other racing game.

The Tier system has been subjected to a careful overhaul in order to empower drivers to sample a far greater selection of the 180-plus cars and 40 tracks on offer in their main career stream: This now includes “modern classic” revival-style race series which includes Group 5 GTs, Group A touring cars, and Group C prototypes, closely echoing real-world historic events that feature upcoming stars and grizzled veterans racing sublime historic cars on modern circuits.

Each Motorsport Series in Project CARS 2 will also present drivers with a new option to either run a full or shortened calendar. Additionally, drivers can also scale the duration of each race, and also enable or disable practice and qualifying sessions at the start of each and every weekend.

The popular contract-offer system from Project CARS is also set to return, but has now been refined to ensure drivers have far more choices with which team they sign up for as they advance through their careers: drivers now choose the car they want to drive in a specific series, and they will be presented with the teams that have open seats in their desired car and series.

Also new to Project CARS 2 is the Manufacturer Drives that sees 14 of the world’s most iconic auto manufacturers—Ferrari, Porsche, Aston Martin, and more—invite drivers to take a series of epic challenger events: rise to the challenge and become a fully-fledged Factory Driver. The events themselves are themed to represent classes that each manufacturer is known for, such as Nissan and its Historic Touring event, Group C prototype event, and modern GT3.

The popular Invitational Events, where drivers’ achievements throughout their careers unlock events that can be entered away from the normal career flow, is also back, but much improved: These voluntary events can now be entered at any time, and drivers can play them as often as they want. These have been created to represent the variety of motorsport categories and car classes that drivers wouldn’t typically race in their core career.

Drivers will also be racing for trophies, Lifetime Goals, and Accolades as they progress through their career, and will enjoy new and exciting ways to track their stats and achievements, both online- and -off.

The career mode in Project CARS 2 has been created to be the most accurate representation of a real-world driver’s career path, while tailored to meet Project CARS 2 drivers’ individual needs and desires.

Project CARS 2, rated PEGI 3, with over half-a-dozen racing drivers serving as technical consultants, and with Tommy’s Corvette as one of the game’s 180-plus cars, will release on PlayStation 4, XBOX One, and PC, on 22nd September 2017. Find out more and keep up-to-date at the official Project CARS 2 website: http://www.projectcarsgame.com/ To learn more about BANDAI NAMCO Entertainment Europe’s other products please go to: http://www.bandainamcoent.com or follow us on Facebook at https://www.facebook.com/BandaiNamcoEU or join the conversation at https://twitter.com/BandaiNamcoEU.