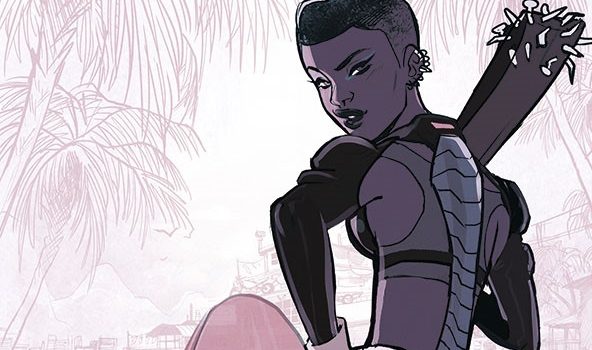 Image Comics is pleased to announce that Brenden Fletcher, Cameron Stewart, and Babs Tarr’s rip-roaring new series MOTOR CRUSH will be collected into trade paperback this June. MOTOR CRUSH, VOL. 1 will collect issues #1-5 of the bestselling sci-fi series from the creative team that brought fans Batgirl of Burnside.

MOTOR CRUSH, VOL. 1 follows Domino Swift. By day, she competes for fame & fortune in a worldwide motorcycle racing league. By night, she cracks heads of rival gangs in brutal bike wars to gain possession of a rare, valuable contraband: an engine-boosting “machine narcotic” known as Crush.

It is available for pre-order on Amazon, Barnes & Noble, IndieBound, and Indigo.

“The debut of the year and the comic that will set the pace for what’s possible in 2017.” —Comicosity

“Lots of comics want to be cool; Motor Crush just is.” —Comicbook.com

“The candy-pink philosophical Cyberpunk we’ve been waiting for.” —The Mary Sue

“A vivid love letter to extreme sports and motor bikes.” —The Comics Beat

“Without a doubt, this is the most interesting comic book I’ve read all year.” —Blavity 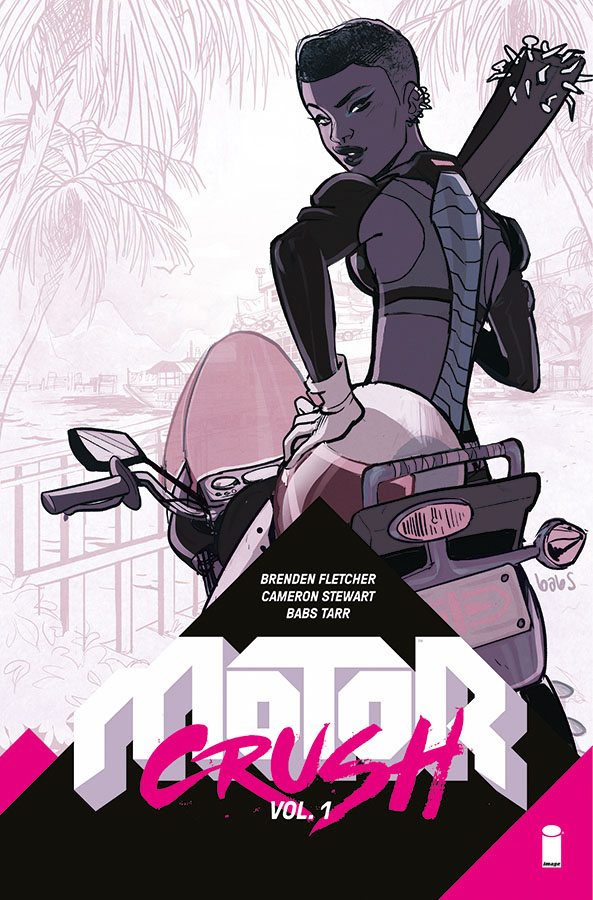