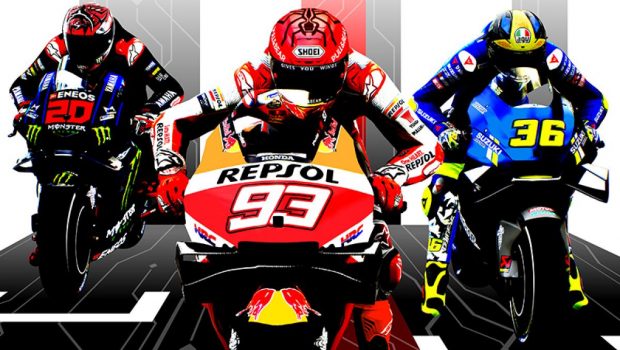 Milestone and Dorna Sports S.L. are proud to announce the release of MotoGP™21, the next chapter of the famous two-wheeled racing simulation games that is ready to arrive on next-generation consoles. The game is now available on PlayStation 4™, PlayStation 5™, Xbox One, Xbox Series X|S, Nintendo Switch™, PC, Steam, and Epic Games Store.

Featuring the 2021 Official Season and enriched by the power of next-generation consoles, MotoGP™21 will deliver an experience more real than ever before, boosted by several new features, like Long Lap Penalty, Bike Retrieval, and Brake Temperature. Real-life gameplay improvements will enhance simulation vibes, along with the Managerial Career, this year featuring the Junior Team path.

The gameplay’s iconic new features aim to create unbelievable racing simulation that players have never experienced before. Bike Retrieval will delete respawn from your mind. If you fall you’ll have to get back to the bike as soon as possible, like in the real races; Brake Temperature means monitoring the temperature of brakes to always have the situation under control; with Long Lap Penalty you won’t be forgiven anymore, if you break the rules you’ll have to ride on a longer part of the race as a penalty.

Players who play the game on PlayStation 5 and Xbox Series X will enjoy Dynamic Resolution up to 4K, along with 60FPS. The quality has improved and the enhanced lighting creates an atmosphere that transmits the feeling of a true race. Loading times are faster and for the competition-addicts, multiplayer is now up to 22 riders. PlayStation™ Players will also enjoy the amazing PS5 DualSense™, including Haptic Feedback and Adaptive triggers.

Finally, Managerial Career is the fifth essence of the managing experience, featuring in-depth strategic tools, Junior Team path, and the treasured editor. Thanks to this, personalisation will remain a key pillar of the global gameplay experience, and for the first time, MotoGP™ 21 will have a selection of Creators Stickers to make your livery* unique!