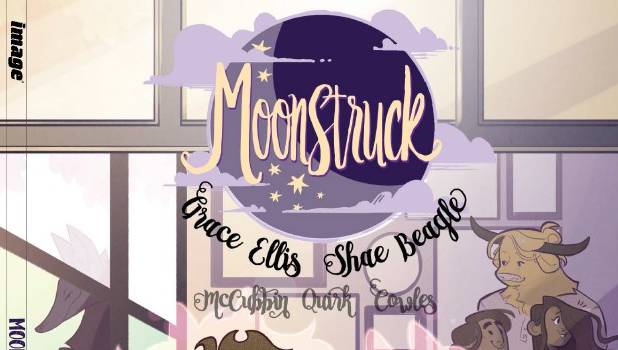 Often when we get stories about mythical beasts they are filled with danger, violence and can be quite scary. Moonstruck takes those edges off mythology and puts the characters in a more mundane setting… but that is certainly not to say the story is mundane, far from it. With coffee (or at least a coffee shop) as the central point, our mythological characters are set for an adventure that all ages can enjoy. 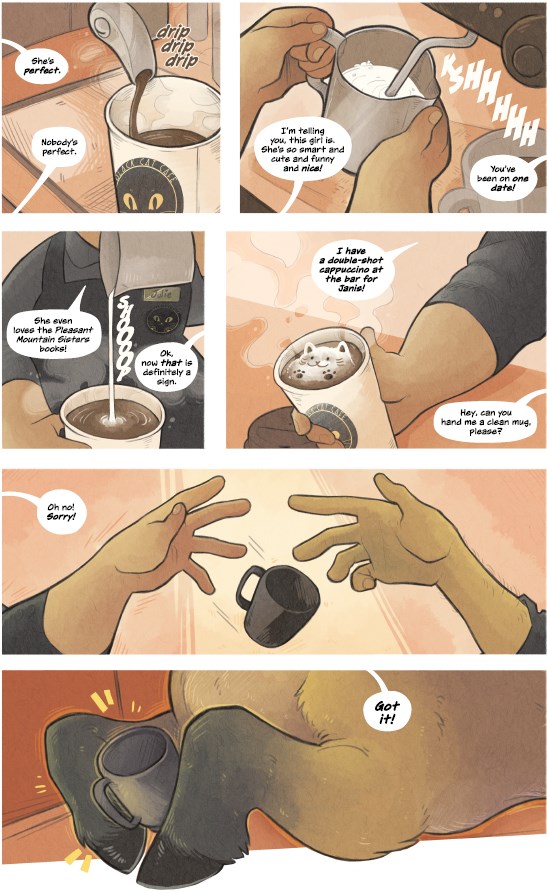 Moonstruck is full of characters of all type. We have werewolves, centaurs, gorgons and many others, within these characters are a mix of sexualities and personalities and perhaps because they are such a diverse mix of characters nothing seems confronting or offensive. I’m not sure how much of the intent was to make such diversity more palatable to the masses but I suspect that it may well have that affect… or certainly the fact that it’s not overly scary or violent means it’s accessible to more ages and so more people can be exposed to such inclusiveness. But I’m getting bit too intellectual there… the story revolves around friends who work at a coffee shop who end up going out to a magic show as a pseudo date (or whatever you call a date that has gained an extra person). But the magic show ends up being far more audience inclusive than desired and the friends must track down the cunning magician to retrieve their centaurs… “butt”. 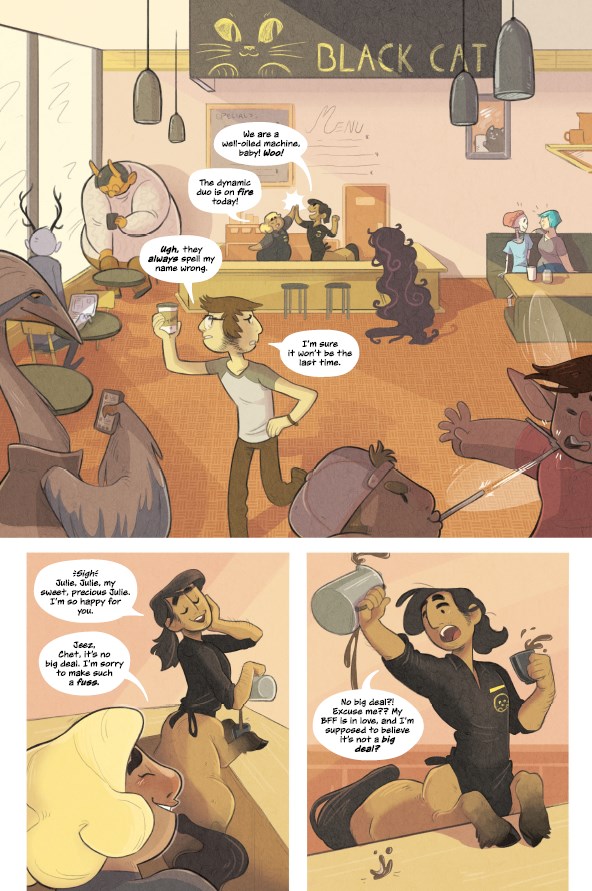 The pages are full of bright colours and lots of curves, there are very few sharp angles or edges which I think on some level works towards the overall feel of this being a “safe” comic… nothing seems overly threatening (though there are some scary images… in a comic styled scary sense). Generally the images are as playful as the story and the inserts of the Pleasant Mountain Sisters, story within a story are sufficiently different in style to stand out as intended whilst still keeping the bright colours and light tone of the rest of the comic. 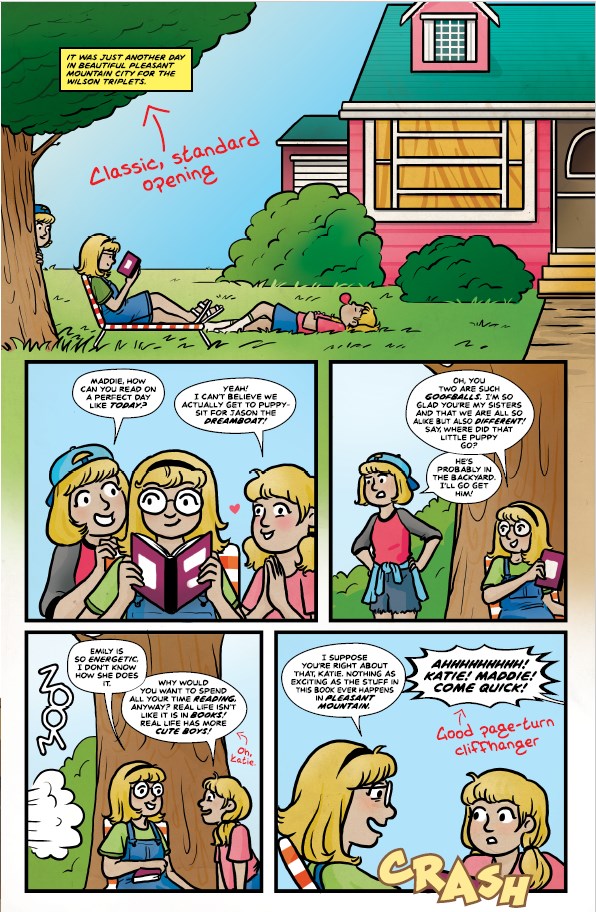 I don’t know if I could put a starting age on this comic in terms of when it would be appropriate to give it to a child… not because I think the diverseness of the characters is likely to cause too many questions but just because some of the scenes are a little scary (through great use of colour and artwork)… they aren’t too horrifying but I could imagine them being a bit too scary for some children. But other than that I think the fact that the characters are so different to what we normally get (and I’m not referring to their mythological forms) that I think this would be a great addition to school libraries or otherwise made available for younger readers. It enables them to learn that there are different sexual identities, different gender identities, but it’s all done in a “not quite human” way which gives a little bit of a buffer for those who might otherwise be uncomfortable with the themes. It’s a gentle way into inclusiveness and that’s a great thing. 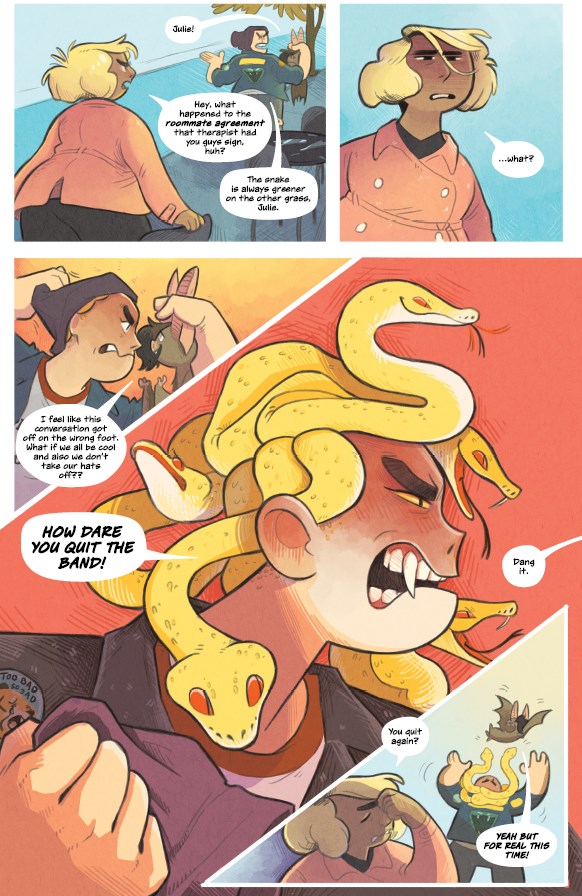