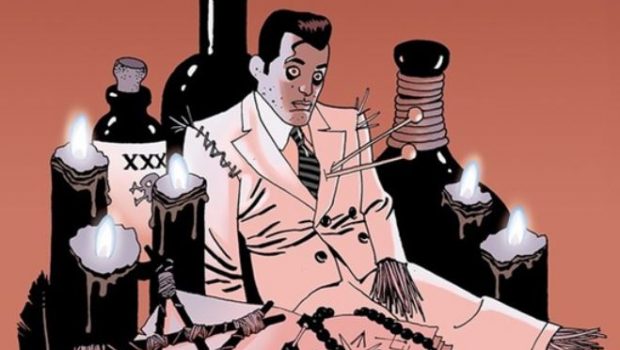 The New York Times bestselling, Eisner Award winning creative team that redefined the crime genre with 100 Bullets—Brian Azzarello (Batman: Damned, Faithless) and artist Eduardo Risso—are back to kick off an all-new story arc of Moonshine from Image Comics this November.

With the help of his girlfriend Delia, “Torpedo” Lou Pirlo made it to New Orleans in search of a cure for his werewolf curse. In Moonshine #13 however readers learn that curse cures cost money, and Lou is a little “light” on scratch. But if there’s one thing Lou can do, it’s hustle. So he’s off to work his way from the crookedest gutters to the swankiest gambling dens in The Big Easy—along the way crossing paths with witches, warlocks, and the occasional zombie.

Set during Prohibition, and deep in the backwoods of Appalachia, Moonshine tells the story of Lou Pirlo, a city-slick “torpedo” sent from New York City to negotiate a deal with the best moonshiner in West Virginia, one Hiram Holt. What Lou doesn’t figure on is that Holt is just as cunning and ruthless as any NYC crime boss. Because not only will Holt do anything to protect his illicit booze operation, he’ll stop at nothing to protect a much darker family secret…a bloody, supernatural secret that must never see the light of day… or better still, the light of the full moon.

Moonshine #13 will also be available for purchase across many digital platforms, including the official Image Comics iOS app, Amazon Kindle, Apple Books, comiXology, and Google Play.