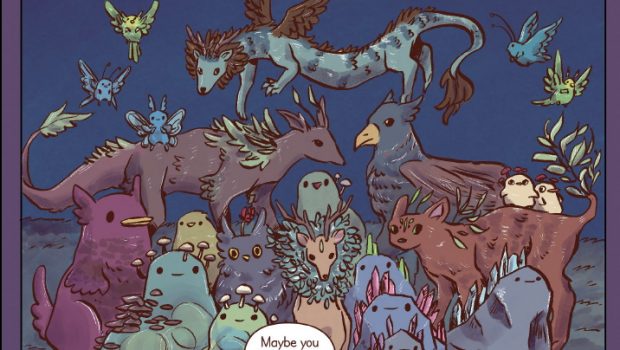 Summary: A fun and sweet story but also more realistic in that the characters seem grounded in reality and dealing with day to day struggles as well as with the supernatural.

Teenage witch Nova Huang works at her grandmother’s bookstore in a small town and helps out investigating any strange occurrences in the area. One night while following up reports of a white wolf in the woods she finds the wolf battling a horse demon and the wolf turns out to be Tam Lang her childhood crush.

This story was first released in 2019 but this edition has parts of the story that were not in the original and extra materials that were originally only for Patreon subscribers.

I had not heard of this one before but it seems to have gotten a lot of acknowledgement and awards when it was originally released so this new version should do well.

While there are plenty of teenage witch stories and characters by this point, this one seems a lot more grounded but still within the worlds of fantasy and magic in which it is set. Having Nova’s parents turn up for a family dinner as ghosts is an interesting spin on the usual orphan narrative. You usually see the main character wishing they could get advice from a departed loved one. In this case they can but they still do not want to listen to it.

With the genre of magic and fantasy being popular for a long time it is difficult to do something original in that space these days without at least acknowledging other stories that came before. Having the influences of different cultures in the story alongside the character’s personal growth and development does make this something new.

As well as being magical the characters are also different in that Nova is hearing impaired, Tam is trans as well as being a werewolf and her grandma lives in a loving queer relationship. It hardly matters that her uncle turns up at a family gathering with a pigeon head as they still enjoy seeing the rest of the family.

There is a scientific magic sceptic character who still knows enough to ring Nova if there are things she can’t explain.

I did enjoy the artwork, characters and settings for this story as they feel unique and suited to this story and stay away from the usual tropes from this sort of genre and are not as dark and depressing as you would expect.

I would recommend this one to fans of fantasy and magic stories or if you like reading about young people and are close to that age. A lot of people seemed to like the original so would get more out of this one. As I said I had not heard of this one before, but ended up enjoying it and would look out for more work from the contributors in the future. 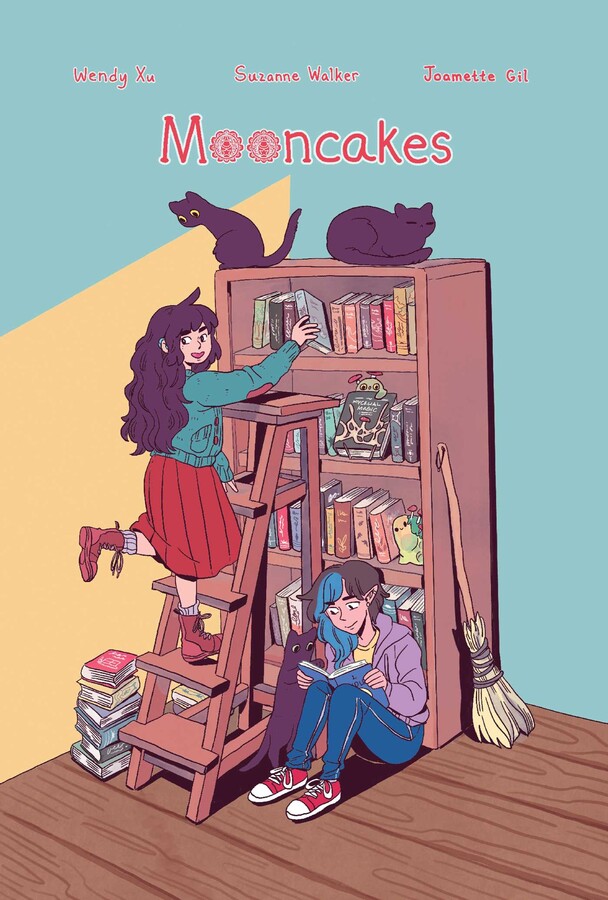