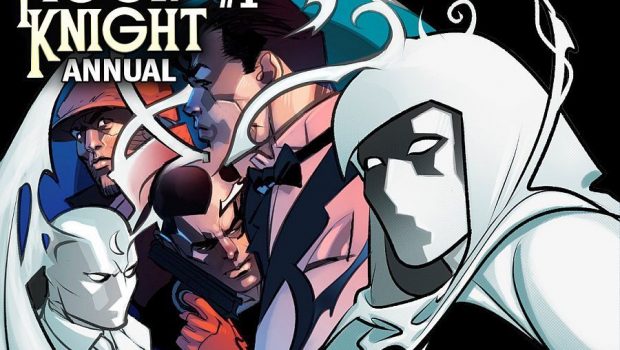 Cullen Bunn deserves a ton of credit for taking two seemingly disparate and long-standing Marvel characters, pitting them against each other, and making it all feel so natural. Moon Knight vs. Kang is not what one would expect when they see the title “Moon Knight Annual” on the shelf, but it works so well.

The connections between the two characters are laid out early in the story and center on Khonshu, the aspect of Moon Knight and Egyptian protector of travelers in the night. His role is expanded to include time travelers and he maintains his dominion over time with three ancient artifacts. Whenever there’s time travel and/or ancient Egyptian artifacts involved, one character is never far behind: Kang. What follows is a straightforward (or as straightforward as time travel can get) battle throughout history between various Moon Knights from different historical periods and Kang for control over Khonshu’s artifacts. It’s fun, creative and unexpected. 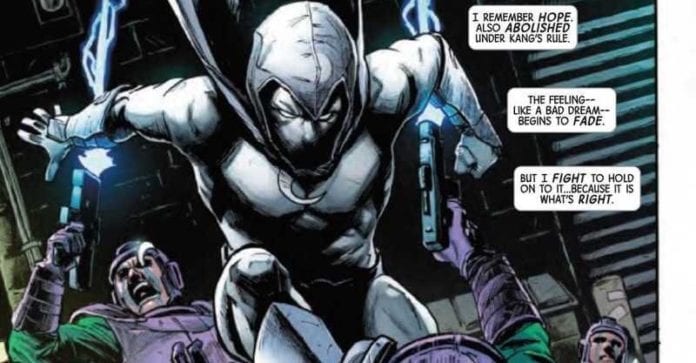 Moustafa, Horak and Spicer seem to relish the opportunity to come up with new costume designs for the titular character as we meet the Moon Knights of Ancient Rome, World War II, and various other points from the past and future. The Wild West Moon Knight or the 1920s Chicago gangster Knight really stand out as goofy, fun and endearing designs. Each and every design is reminiscent of the era it hails from but still feels distinctly like the character.

Full disclosure: I love Kang’s classic costume design and the art team seems to as well. They fully embrace the ridiculousness that is Kang and give us a pitch-perfect rendering of the character.

The artwork isn’t entirely dependent on its designs for its success – Moustafa does an excellent job at conveying movement with his illustration, every panel feels totally dynamic.

The main attractions for this issue are watching these two characters interact for what feels like the first time and seeing the ways in which Moustafa and company reimagine Moon Knight’s costume throughout history. Both of them deliver. 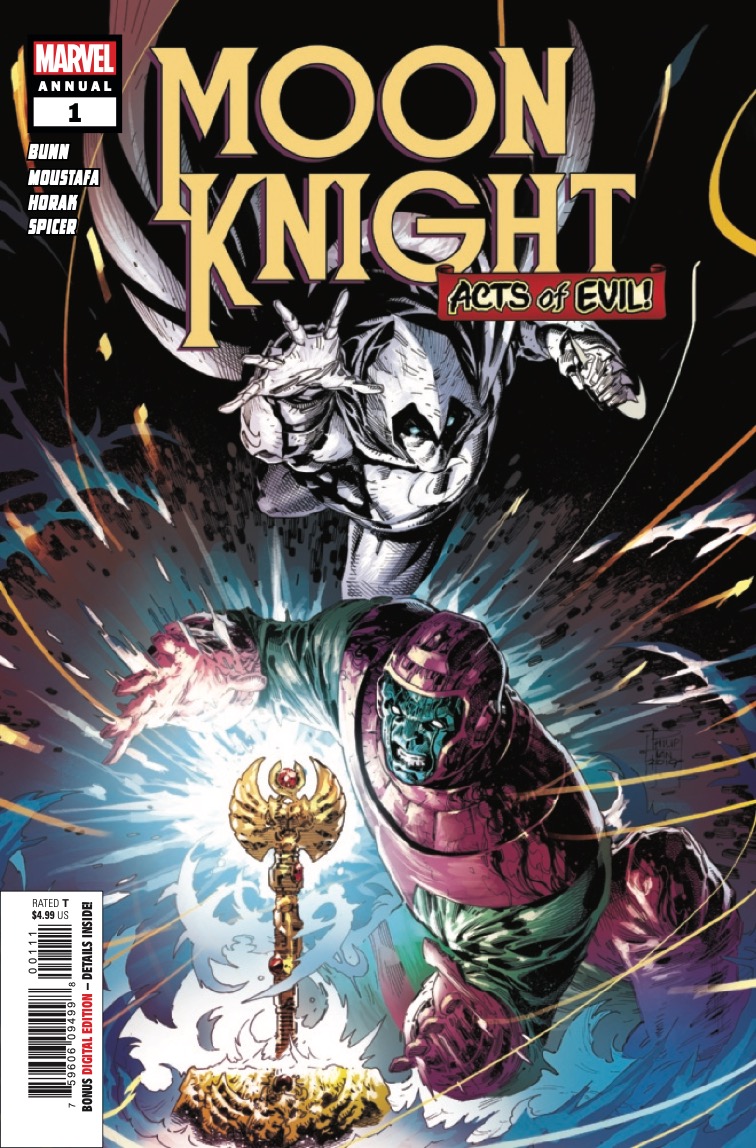