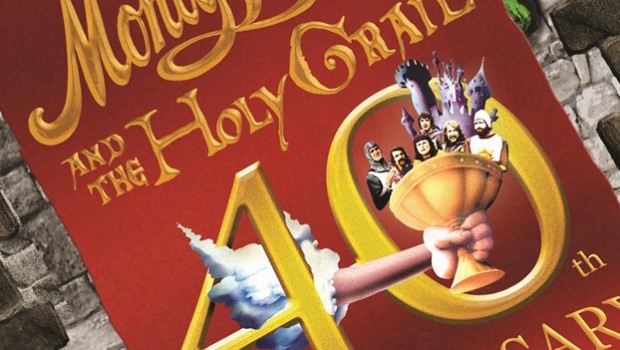 Sony Pictures Home Entertainment celebrates the 20th Century’s most brilliant and outrageous comedy troupe and their essential comedy classic with the Monty Python and the Holy Grail: 40th Anniversary Edition, available on Blu-ray™ & DVD from October 29, 2015.

Once in a lifetime there comes a motion picture that changes the whole history of motion pictures. A picture so stunning in its effect, so vast in its impact that it profoundly affects the lives of those who see it. Monty Python and the Holy Grail might well be that motion picture. In celebration of its 40th Anniversary milestone, immerse yourself in an experience with extras such as an all-new Q&A featuring the (remaining) Pythons, hours of slightly older special features and a 40-year old movie presented in stunning high definition.