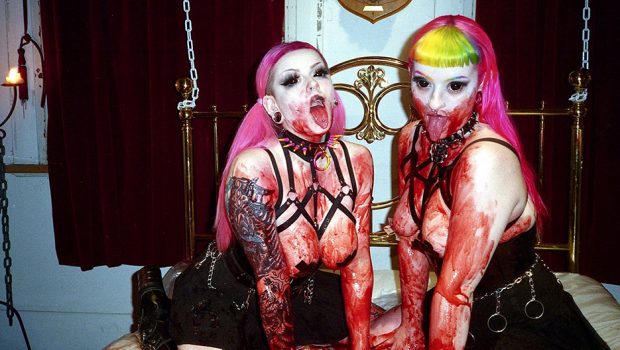 Summary: While entetrtaining this movie has a lot of issues with it that may prevent it getting as wide of a release as the director may like. It happens, build a bridge and get over it.

A psycho movie for psychos

Before we kick off consider this the “this man is a dentist so we can’t show you his face” warning for this review, I am a Kickstarter backer for this project and already knew the director so that may sway what I have to say about it. I am not going to blow smoke up his arse but I am also wise to his bullshit and know that will make his penis hard if I give this movie zero stars. I swear it has happened before when I reviewed his band and they all sat around laughing at the review. 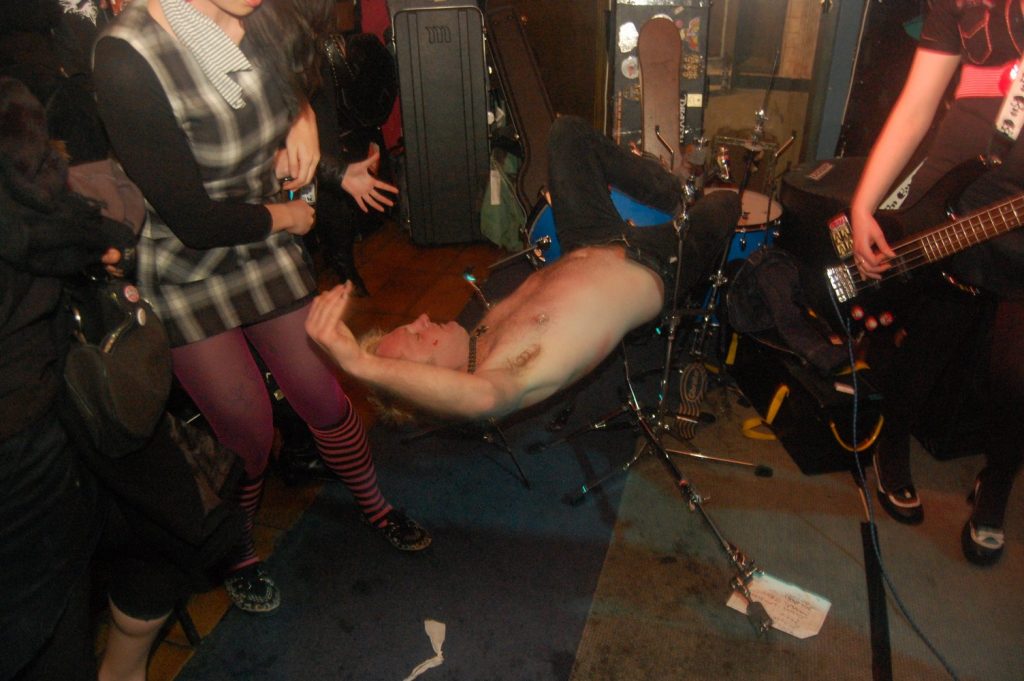 Dick Dale has been making weird shorts and also touring the Trasharama shorts program for over 20 years which also may or may not have been an excuse for him to screen his own shorts for a lot of the program or at least I remember his ones more than the others.

The movie is loosely based on “Old mate Bryan” from the anti-ads but set in “Murder City” which looks a lot like a post-apocalyptic wasteland where everyone is a serial killer but is really just how Adelaide normally is. Bryan Burns (Tommy Darwin) has just buried his mother who died of lung cancer and is down on his luck from his glory days of being the star of the CC Rider cigarette ads. When the mascot of the anti-smoking ads Sigmund (Tommy Darwin but imitating Dick Dale’s voice pretending to be Quentin Kenihan – long story), tells him to start killing smokers and reluctantly he agrees, thus begins his descent to madness.

There is such a thing as having too many ideas and deciding all of them are good enough to use. Augustus Gloop! Save some room for later! Unfortunately this movie drinks too deeply from the chocolate river in the first room and then goes straight up the pipe. I swear there could have been at least four movies made with everything in here. The director said he was not sure if he was going to be able to make another movie but surely save some things for another time.

I cannot understand some of the choices at all like the full body burn stunt for a two second throw away gag that has nothing really do to with the plot. Anything with fire means you have to have safety officers like the band Barbarion paying theirs more than the band gets for the entire gig when they have pyro.

The scene with all the hot rods seems like it was dropped in from another movie too, almost scenes like it is too good for the movie strangely.

I did see walkouts in the screening, but that would be from people who just got the shits with the movie and walked out, I did not want to give him the satisfaction and wanted to see it at least once with an audience as I put money into it and was meant to get a digital copy but it did not include the festival screening and Q&A. 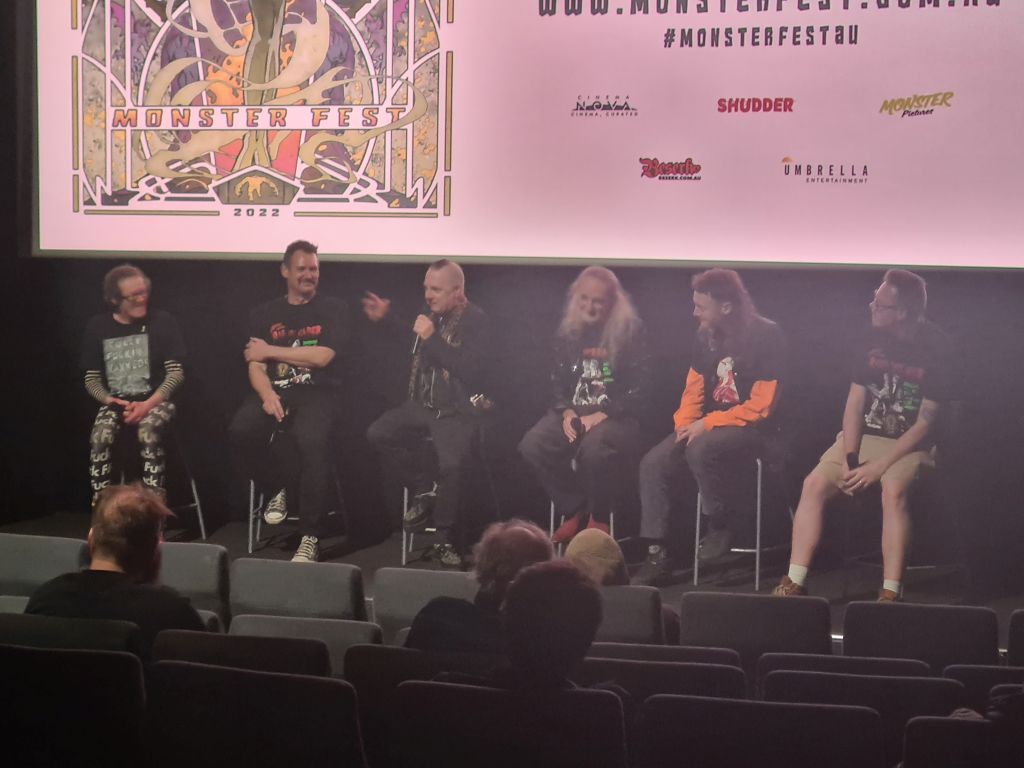 The cameos abound but I am not sure a lot of them will land outside of the Australian music scene especially Spencer P Jones, Chad Morgan and Fred Negro who supposedly turned up at one of his gigs wearing the cop uniform and everyone ran away. Some of the international cameos may fare better like Rat Scabies, Lloyd Kaufman and Laurence R. Harvey. A lot of these are a case of “you never know unless you ask” since I would have not expected some of them to have time or want to be in a low budget movie. It was very low budget only $40,000AUD plus a bunch of favours, as in every one Dick Dale ever had.

It is going for the TROMA vibe but does not seem to have the mean-spirited vibe that I get from a lot of those, I can’t even finish watching some of the trailers. I know my friends from the USA on the Trick or Treat Radio podcast have actually been in low budget schlock (I still have not watched the DVDs I got at Rock and Shock, I will one day Rich) and Kurando Mitsutake who make stuff in the same wheelhouse would enjoy this movie. I have already recommended it to them.

There does seem to be hundreds of extras in the movie as people who turned up to watch the filming were drafted in or even people just going to a gig which it seems there were a few filmed at venues in Adelaide I recognise in the movie from when I was last over there. 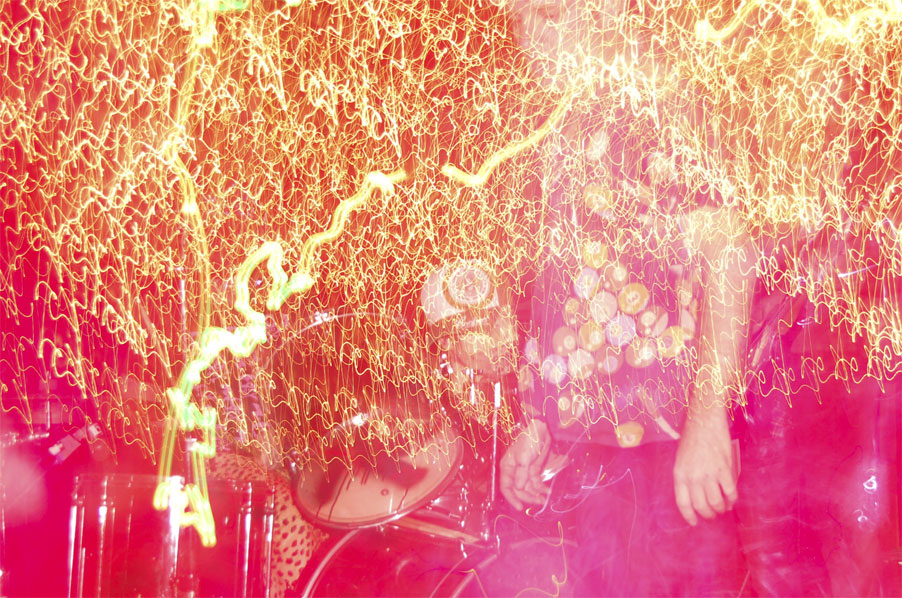 This is the first “festival movie” for MonsterFest in that Dick Dale competed in one of their film contests, didn’t finish the contest movie but decided to take the concept and make an actual movie. It was meant to have been shot in Melbourne but due to COVID it had to be shot in Adelaide with some pick-ups here and there. There is also a documentary being filmed about the making of the movie which as Dick Dale said in “Man Bites Dog” the documentary maker ended up assisting him with his crimes in making the movie.

Also the punk scene seems to have taken to this movie not in the least that a lot of them are in it for at least the crowd scenes. I would have liked to see more of Chloe Mortem and Tammi Mortem as the adrenaline junkie lesbian vampires but that is an entire other movie sold on PPV sites, always pay for your content kids!

I can’t say I wasn’t entertained by it, but it has a lot of problems and is a bit of a mess. This version was technically also another world premiere as the DVD screener was lost and they had to send another version over directly from the editor. I would not be able to tell you what to take out of the movie as it would not be the same if someone tried to “fix” it now. Best just leave this one and move on. 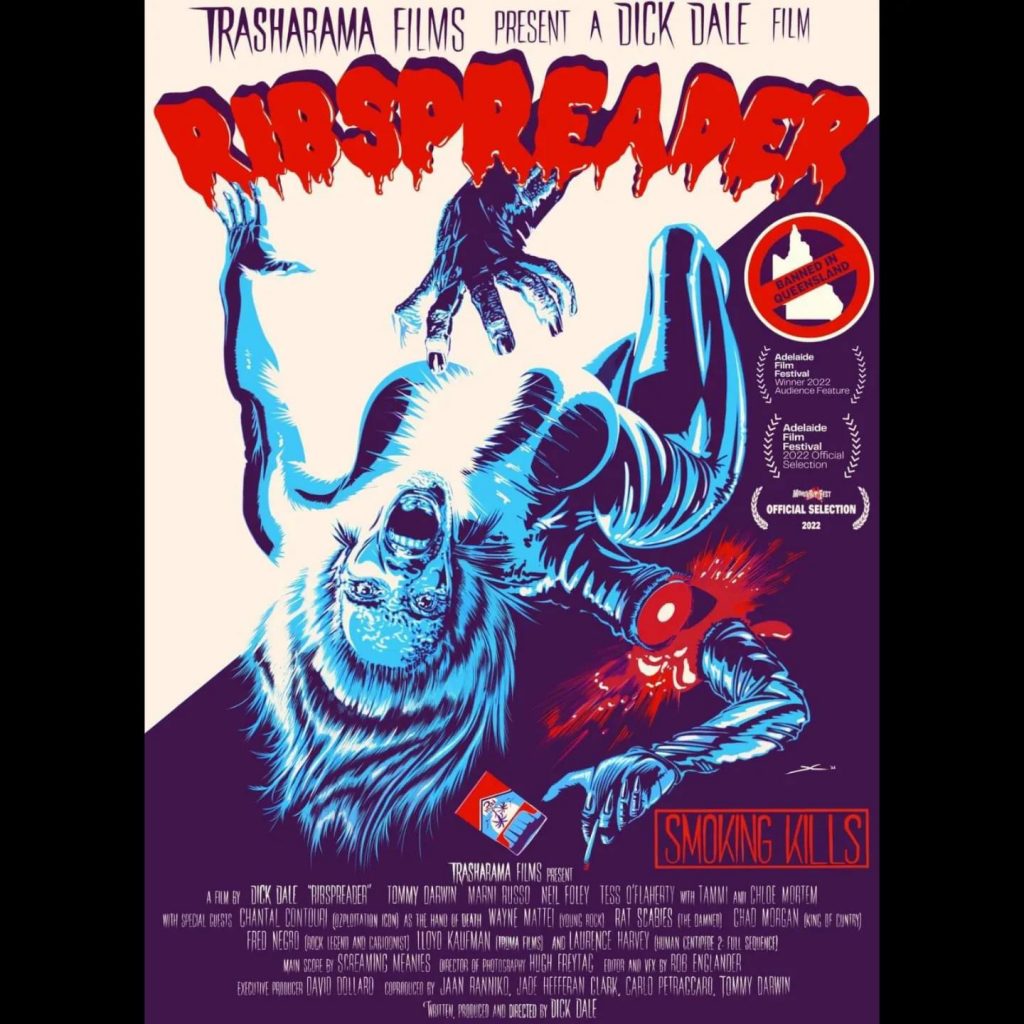