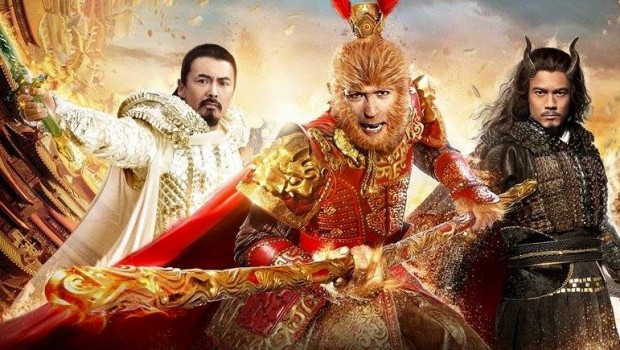 Summary: The Monkey King returns in this Chinese blockbuster of epic proportions with a touch of fun!

When I was a kid, I would religiously watch Monkey Magic that was filled with humour and excitement. It was also my first indoctrination in this classical Chinese novel entitled Journey to the West. Thankfully this story is once again re-released for a new generation thanks to director Soi Cheang with his latest film, The Monkey King that stars some of China’s biggest names such as Donnie Yen, Chow Yun Fat and Aaron Kwok. The story is also set before Journey to the West which begins with a truly epic battle between the forces of hell and heaven thanks to a demonic entity. As the Buffalo Demon King (Aaron Kwok) leads his army against heaven, he is finally defeated by the Jade Emperor (Chow Yun Fat) and imprisoned beneath a mountain. 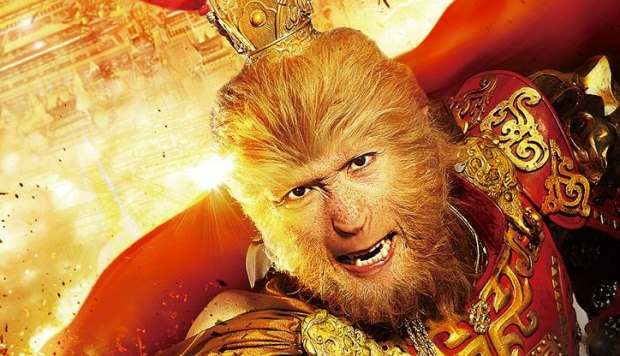 As the world is scarred by this battle, the Goddess Nuwa (Zhang Zilin) sets in motion a catalyst that leads to the birth of the Monkey King (Donnie Yen) who has become destined to protect the world as its hero. The Monkey King or Sun Wukong as he will be later known as is joined by Buddhist Master Puti (Hai Yitian) who sees the power of the Goddess Nuwa within him and as a result becomes his teacher to show him religious piety.

Of course this peaceful life is soon shattered when the Buffalo Demon King returns and The Monkey King becomes a pawn in a greater battle. Although the characterisation is slightly clichéd from a Western perspective, the story of this film is actually quite fun to watch and definitely has parallels to the original TV series Monkey Magic but unlike the TV Series, this is a Chinese Hollywood blockbuster. 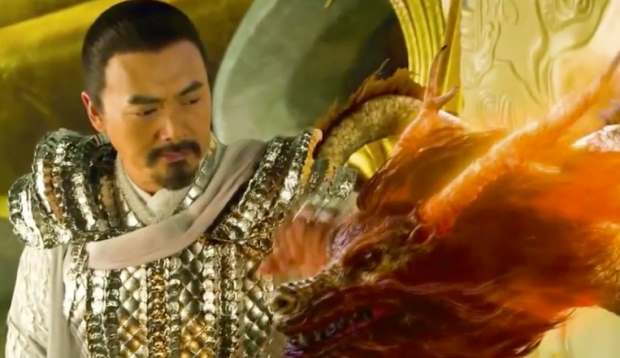 The star of the Monkey King is definitely Donnie Yen who plays the lead protagonist very well and seems to be having a ball playing this mythical character. To compliment this mischievous role is Aaron Kwok as the Bull Demon King who although is the villain is actually quite a likeable one that the viewer can easily relate too. Kwok plays this powerful demon well and really has a sense of awe about him. Chow Yun Fat is once again majestic and noble as the Jade Emperor and all in all, The Monkey King has some great actors involved which highlights the many talents of China itself.

In terms of special effects, the CGI used in the Monkey King ranges from amazing to at times a little over the top but all in all, it suits this Chinese fantasy story perfectly. On Blu-ray these special effects really jump out of the screen and creates this amazing fantasy film but unlike The Hobbit or Star Wars Episodes 1 to 3, the characters are actually the stars opposed to the visuals.

Given that, some of the battles are amazing to watch and if you have played the game Dynasty Warriors, the battles are definitely on that scale. The 3D of this film is a little flat and the director does use the stock standard methods of engaging the audience with this format that unfortunately after awhile, you actually forget you’re watching a 3D movie. Audio is as good with its Dolby Digital 5.1 sound track that really maximises the surround sound well, especially with the battles. Audio levels are well balanced and overall, this is a first class presentation on Blu-ray. 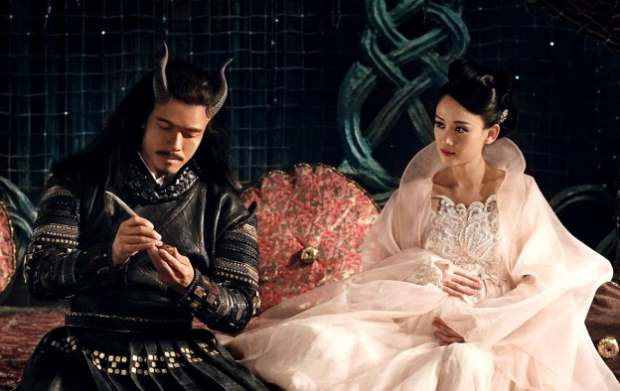 In conclusion, The Monkey King is a thoroughly enjoyable Chinese film that not only pays homage to the original story, Journey to the West but enhances the legacy with clever storytelling, great acting and some amazing special effects. What a Journey! 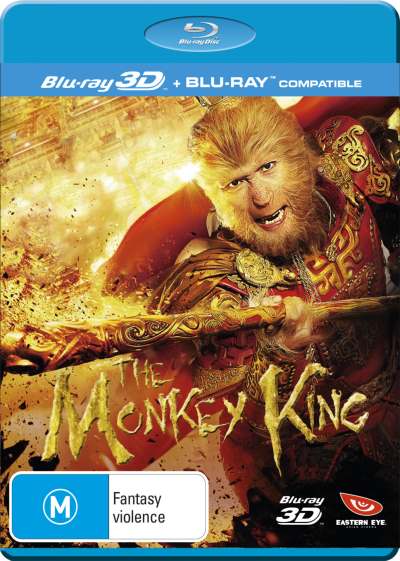