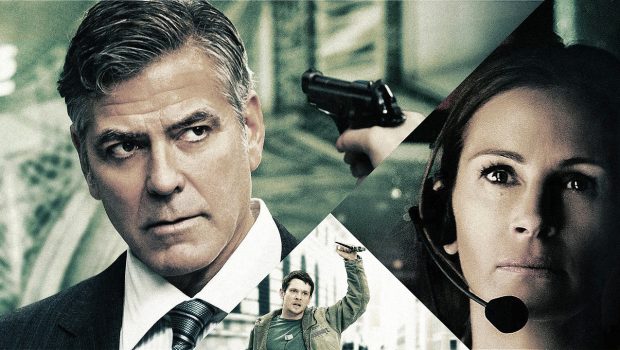 Everything Money Monster has to say about corporate greed is true but as a film it also leaves no contrivance unturned or untouched. The film’s director Jodie Foster has made some interesting films behind the camera, such as The Beaver starring Mel Gibson, and she’s not shy of tackling sizable, important themes here either. The media, the greed of Wall Street and the repression of lower social classes are all in her sights. She is also blessed to have two hugely charismatic actors in George Clooney and Julia Roberts to lead the film and support from a rising star in Jack O’Connell (Unbroken, ’71). But Jodie Foster and her three screenwriters signpost the film’s ideas and intentions in such huge block letters that the first casualty of this modern economic thriller is subtly. Not only does the film shout its liberal viewpoint and anger at the big banks right off its sleeve, it does so with no feel for realism or authenticity. It is unfortunate given the talent here and also because it does have a strong, agreeable political agenda about shining the light on the ugly and contemptible relationship between the banks and the media as they continue to hold hands while the world destroys itself.

Money Monster isn’t a financial drama with confusing terms and figures like the The Big Short but a straight crime thriller, which immediately invites Foster to tell the story with movie contrivances. The story is set in a television studio where Lee Gates (Clooney) is a buffoon who hosts an obnoxious glittery program that lets him rap dance before carelessly handing out financial advice. Walt Camby (The Wire’s Dominic West) is a grubby CEO who was due to come on the show but has cancelled at the last minute and whose company’s stocks have plummeted because of a computer glitch. Organising the show and its interviews for Lee is his once-loyal producer Patty (Roberts, solid and restrained here), who is set to leave because she’s had enough of him not sticking to the script. The movie loses credibility with the introduction of Kyle Budwell (O’Connell). Kyle postures as a delivery guy and walks straight past security and into the studio. He then takes Lee hostage by pointing a gun at him and forces him to wear a vest packed with explosives. Kyle has his finger on the detonator and insists that if Patty turns the cameras off then he’ll trigger the bomb. He uses the platform of the media to ask how people could have allowed the company to crash the way it did. He’s interested in answers, not monetary compensation. Meanwhile, the New York police and SWAT teams are circling the building with Captain Powell (Giancarlo Esposito) debating whether they should try and shoot a special part of the bomb to dismantle it, even though it would wound Lee. 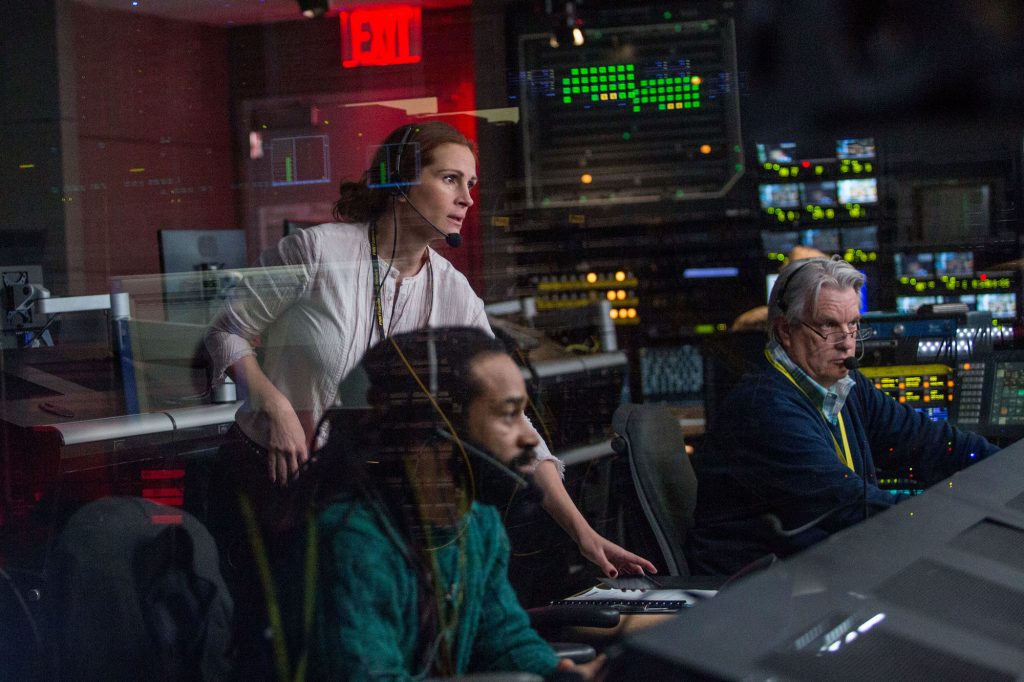 None of the film’s dramatic situations, especially the hostage situation, ring true. I never believed that in today’s trigger happy America that the security would lapse so carelessly and allow someone to get as close to the cameras as Kyle does. The idea of Kyle being as angry as many have been at the banks, corporations and players of the global financial crisis is obvious, relevant and pertinent, but did the story twists have to be so predictable? There’s a payoff involving the suicide vest that’s too predictable from the very opening and then dangled in front of the audience again when Kyle is taunted by his girlfriend. Obvious and improbable is a recipe for disaster in any thriller. Late in the film, there’s a laughably silly plot development where Lee and Kyle take to the streets and are faced with onlookers taking pictures. Nevermind that one of them is wearing a bomb—it’s about the media! Including a bomb is itself a cheap movie device employed by nervous script writers who can’t think of more subtle ways to generate tension. The writers also feared that at any moment the characters might escape from the audience’s stereotypical projections of them and as such, they haven’t bothered to instill any inner life that might have jeopardised this. Kyle stalks the stage, repetitively huffing and puffing about why he lost is $60K after he took Lee’s advice. But where else can you take these characters beyond a political outrage that most of us already feel? Melodrama and martyrdom are a quick, contrived homemade solution for cranking up our outrage at the corporate world to another level. A DIY Guide to Tragedy. Now you too can kill off your characters! Punching a greasy CEO in the face will also have people cheering and rolling in the aisles. 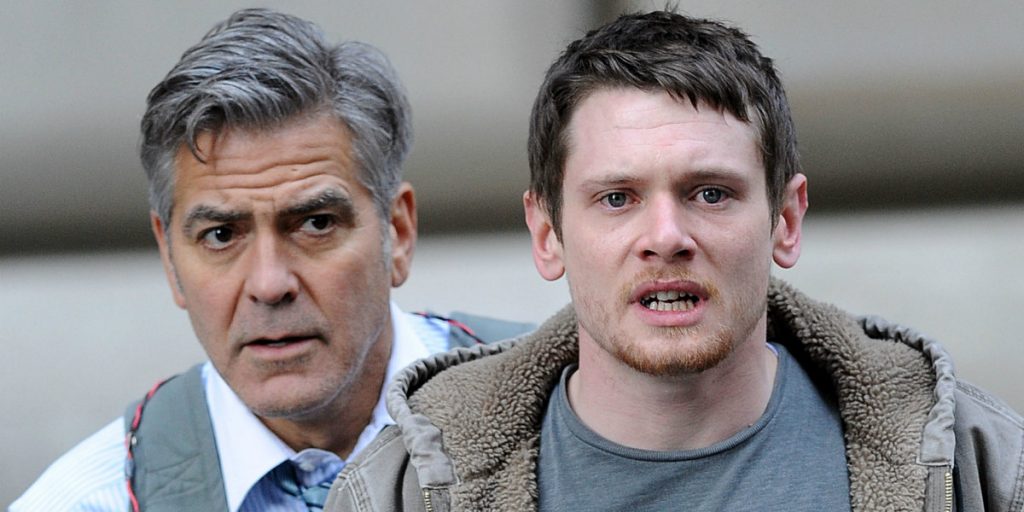 But when it’s not angry, Money Monster takes a deep breath and becomes a corny self-improvement movie about loving your neighbours. What’s a hand gun and a suicide vest between two friends after all? This is America! All too predictably, the immature and oily weasel Lee has a change of heart and begins sympathising with Kyle’s demand for answers. They are both unloved, empty losers with failed relationships haunting both them (Lee has been married three times we’re told). But outside of this by-the-numbers bromance, Jodie Foster has another problem to resolve: what to do with her stars when they’re physically trapped inside the film’s contrived hostage premise? The solution is filler, where police officers we don’t give a lick about assess the situation and SWAT teams circle the floor to make up the time. Meanwhile, Julia Roberts makes Patty a smart, calming influence on the situation who has to rally foreign hackers by phone and computer links to trace where Walt has been and what his motives are. It’s cringing that the film thinks there’s any ambiguity about Camby being a shifty character. Admittedly, the payoff involving an overseas mining strike is actually a believable revelation that elevates the end of the movie momentarily. But if there was ever a case against the film’s simplistic character binaries, it’s the viewpoint of one of its own stars. George Clooney has recently been in the headlines for hosting a charity event with Hillary Clinton and has endorsed her for the US Presidency. But given how publicised Clinton’s ties are to corporate America and Wall Street, isn’t it strange that Clooney would then feature in a movie that attacks these very same institutions? The contradiction is another example of the film’s artificiality, on top of its immensely stupid plotting and thin characters. I did feel sorry for Kyle at the end of the film but even though everything the film is saying is correct, that doesn’t make it truthful.

Summary: Everything Money Monster has to say about corporate greed is true but as a film it also leaves no contrivance unturned or untouched.