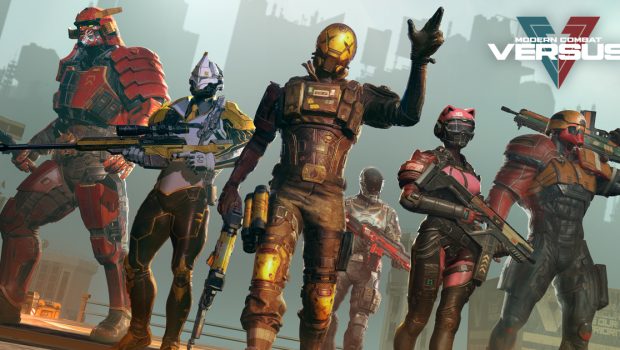 Modern Combat Versus Is Finally Available on Smartphones and Tablets

The warzone is your playground; become an Agent of chaos!

Australia, September 29, 2017 – Gameloft, leader in the development and publishing of mobile games, announces the release of Modern Combat Versus, available NOW on iPhone, iPad, Android and Windows Store. This latest title marks the beginning of a new era of shooters on smartphones and tablets, and promises the best looking graphics of any mobile FPS.

Drop into an exclusively multiplayer experience that will immerse you in action-packed 4v4 battles. Play as twelve specialized agents, each with their own unique weapons and abilities, and dominate the battlefield with your team. Featuring formidable attackers, such as Blaze with his flamethrower; tenacious defenders like Tower, equipped with a pulse shield; or stealthy assassins like the energetic Mi-Nu and her sub-machine gun — there’s an Agent for every playstyle! Plus, pick-up and play with intuitive, full surface touch controls featuring a streamlined interface and movement system.

To show appreciation to the loyal fans of the franchise who have been eagerly awaiting the game’s release, all previous game Modern Combat 5 players will be able to earn a series of rewards throughout the first twenty days in Modern Combat Versus. This includes unlocking early access to the game’s 12th agent, Juke, and an exclusive Agent customization skin!

To further celebrate the release of Modern Combat Versus, a special broadcast has been aired last evening on Twitch.tv (http://twitch.tv/moderncombat). In this inaugural Modern Combat Versus exhibition tournament, professional FPS players and YouTube personalities faced-off in a series of competitive best-of-3 matches.

Download Modern Combat Versus now on the App Store, Google Play, and Windows Store, and soon on Amazon!