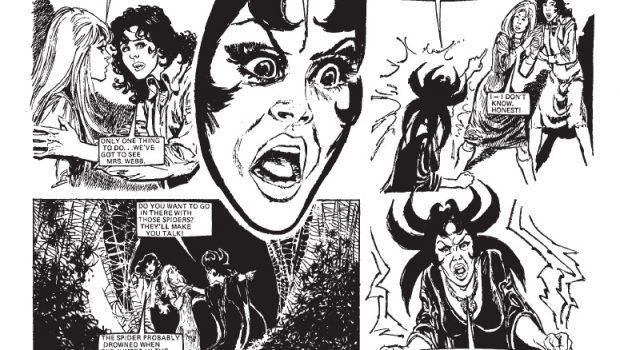 Summary: Well worth a look if you are into older horror stories and comic creators and want something different from the usual stories.

I had not heard of this artist before, but it did look interesting from just the cover and the two included stories about Black Widow and her army of spiders and some shorts are fun to read with a lot of detail in the drawings and an interesting plot.

This series originally ran in Misty, a horror comic for girls which I had also never heard of and would have been quite something in its day when horror was seen as low-class and something only the bad kids would read.

It is a very British style of story even though the artist was Spanish so it sits in between two cultures and seems to have the best of both. I did like the member of the special investigations’ unit, a man with a bowler hat smoking a pipe who gives the “I’ve seen things you people wouldn’t believe” speech like Roy from Blade Runner only this was decades before.

The artwork is very detailed and dense as is the story. This is not a story you will want to rush through and finish and you wouldn’t want to or you would miss things. It reminds me of the Karl the Viking in that it is also very well drawn and you have to actually read all of it to get the story.

I had to laugh at the second story set in Australia, as if the spiders would stand a chance against the ones we have here already. It was still a good story and held my interest.

For those people wanting some more background about the artist and their impact there is the introduction and some essays at the back of the book explaining the impact of the artist and their work. While it is not compulsory to read these, you can if you want to find out more about this artist.

I have already recommended this to some comic artists and a friend who likes the concept of a spider lady and they seemed to like it. Well worth a look if you like vintage comic artwork and horror stories. 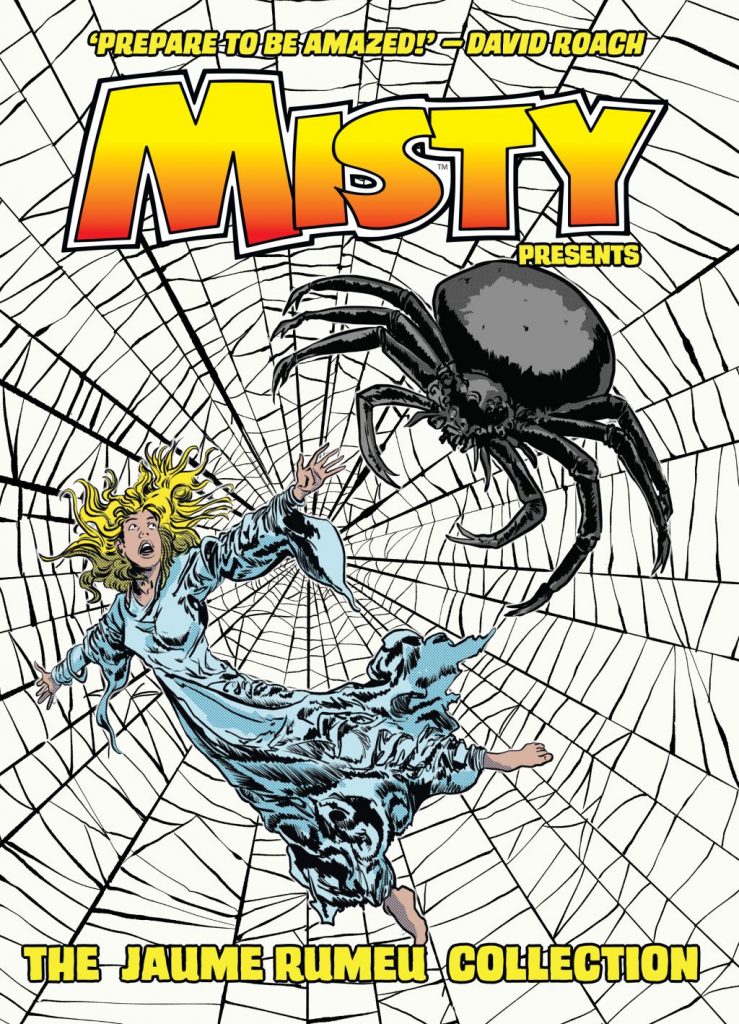