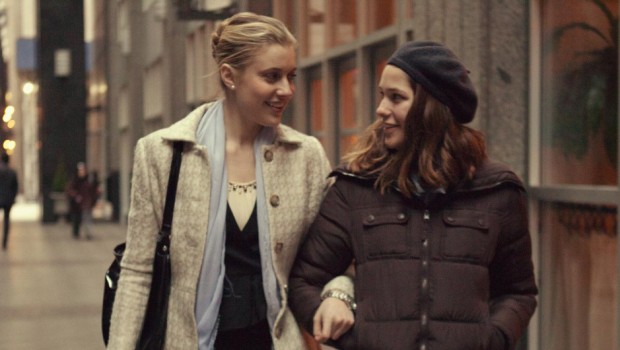 Sometimes Mistress America is very funny and makes for pleasant company but it is not the most original or deepest film from director Noah Baumbach. The film continues his fascination with the lives of young people, generational gaps and relationships, which were all themes he explored in his films Greenberg, Frances Ha and While We’re Young (which was released earlier this year). As with Frances Ha, Baumbach co-wrote Mistress America with his girlfriend and star Greta Gerwig, who features in a leading role. Another similarity is that this film is again about the comfort women find in each other’s company, and undone by a slice of life crisis.

Baumbach knows his limitations as a small-scale filmmaker, which is something unique in modern Hollywood when films are longer and more bloated than necessary and have little to say. He counters self-indulgence by making films only ninety minutes long, which operate on the high energy supplied by the cast. His films also refute how Hollywood panders heavily to young demographics, while only stimulating their minds with pulp fantasies, make-believe and impossible romances rather than observing their behaviour. Baumbach’s artistic and commercial strength is therefore making films about the banality of people in their twenties, who might have outgrown The Hunger Games and Twilight, and also pairing the young characters with the older generation to draw in broader audiences.

While the source of this film’s energy is provided by Greta Gerwig, whose hyperactive charm and array of quips dominates proceedings, she isn’t the film’s main character. The story is narrated by Tracy (Gone Girl’s Lola Kirke), an 18 year old college student, who aside from seeing her mother potentially remarry,  is depressed about her isolation among her peers and a potential relationship gone sour. Her mother encourages her to counter her loneliness by calling Brooke (Gerwig), who is thirty and becoming Tracy’s half-sister. Brooke talks without a speed limit, mostly about herself, and in spite of her self‑absorbed nature and age gap, she and Tracy become friends. One night, Brooke encounters a string of bad luck and she and Tracy are advised by a spirit guide to resolve some tension from her past. What’s unresolved is Brooke’s war with her nemesis Mamie-Claire (Heather Lind), who she believes stole her fiancé, her cats and her t‑shirt design. On a road trip to find Mamie-Claire, Brooke takes Tracy and her friend Tony (Matthew Shear) and his disgruntled girlfriend Nicolette (Jasmine Cephas Jones), which causes conflict because Tracy wanted to date him before discovering he had a girlfriend.

In the film’s extended midpoint, where Brooke tracks down her nemesis, Baumbach shows how creative he can be with the actors and their dialogue, refusing to fall back on talking heads. He orchestrates the scenes as though the actors are in a French farce. The way the characters walk in and out of rooms and talk over each other in this sequence shows acute choreography, timing and rehearsal on display. At one point, a conversation escalates so quickly the reverse shots barely keep up with the actors, such is the briskness of the editing between them. Through this chatter, Baumbach relies solely on dialogue rather than images and poses some interesting questions. In many scenes, the film asks at what age we stop relying on other people, as shown in a pivotal choice as to whether Brooke will borrow money for her restaurant business. It is also about whether it’s better to have wild ideas and not follow through with them or none at all because what draws Tracy to Brooke’s friendship, filling her void of loneliness, is Brooke’s self-belief or overconfidence as some might call it. She has great enthusiasm for her personal ambitions and her interests even if they don’t amount to anything or don’t seem that special. She is only to be held back by the personal chinks in her armour like her parents divorcing and her prolonged grudge—a continuation of Baumbach’s theme of stasis, which he explored thoroughly in Greenberg. 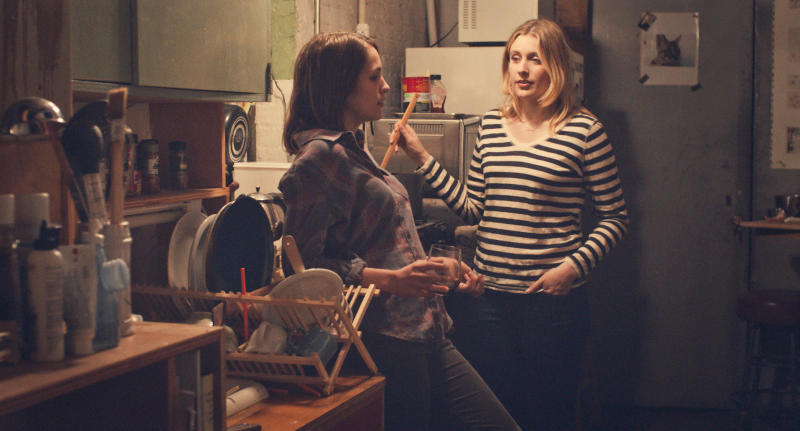 The film itself is not unlike how we perceive the character Brooke. Between the fast quips and gag lines, it’s hard not to question the depths or its limitations, in spite of the generosity to different generations. The volume of dialogue in this film and others from the director raises a huge stylistic point: how would Baumbach have fared in the silent era? As the tragedy of films drifting away from their most unique quality continues, the projection of a story through images rather than words, one questions whether Baumbach will ever become more reliant on the visual apparatus as a substitute for his dialogue. And if he does open himself up to new images it might also invites different narratives for him to explore. Some of his themes and ideas are starting to repeat themselves. The arguments about the ownership of Brooke’s t-shirt idea are derivative of the conversations from the superior While We’re Young, which I felt was richer and had more thematic layers. Together, Baumbach and Gerwig can draw in a more diverse audience than a lot of filmmakers. They’re attracting both men and women to their films, which is rather sadly considered a luxury in Hollywood. It might be further encouragement to diversify the type of stories and the themes while people are still looking.

Summary: Sometimes Mistress America is very funny and makes for pleasant company but it is not the most original or deepest film from director Noah Baumbach.