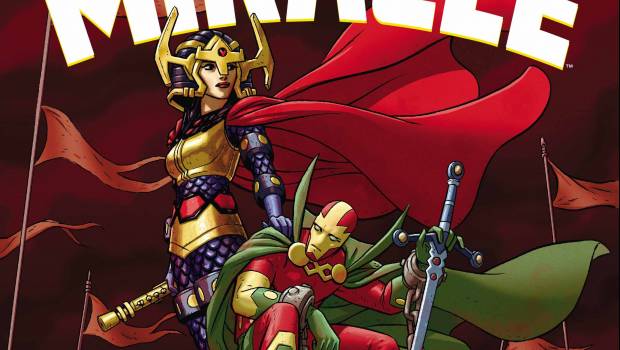 Summary: A fantastic story of parents and heroes.

Talk to any new parents and they will often tell you that one of the biggest challenges to being a new parent is the transition back into work after the birth of the baby. Scott Free and Big Barda are no exception to the rule. With Barda having given birth back in issue #7, its time for the two love birds to get back to the war raging on Apokolips! This issue brilliantly uses this chance to show how Scott and Barda plan do deal with home life and war. Tom King is at the top of his game with this current run with Mister Miracle and this issue highlights just how fantastic it is. 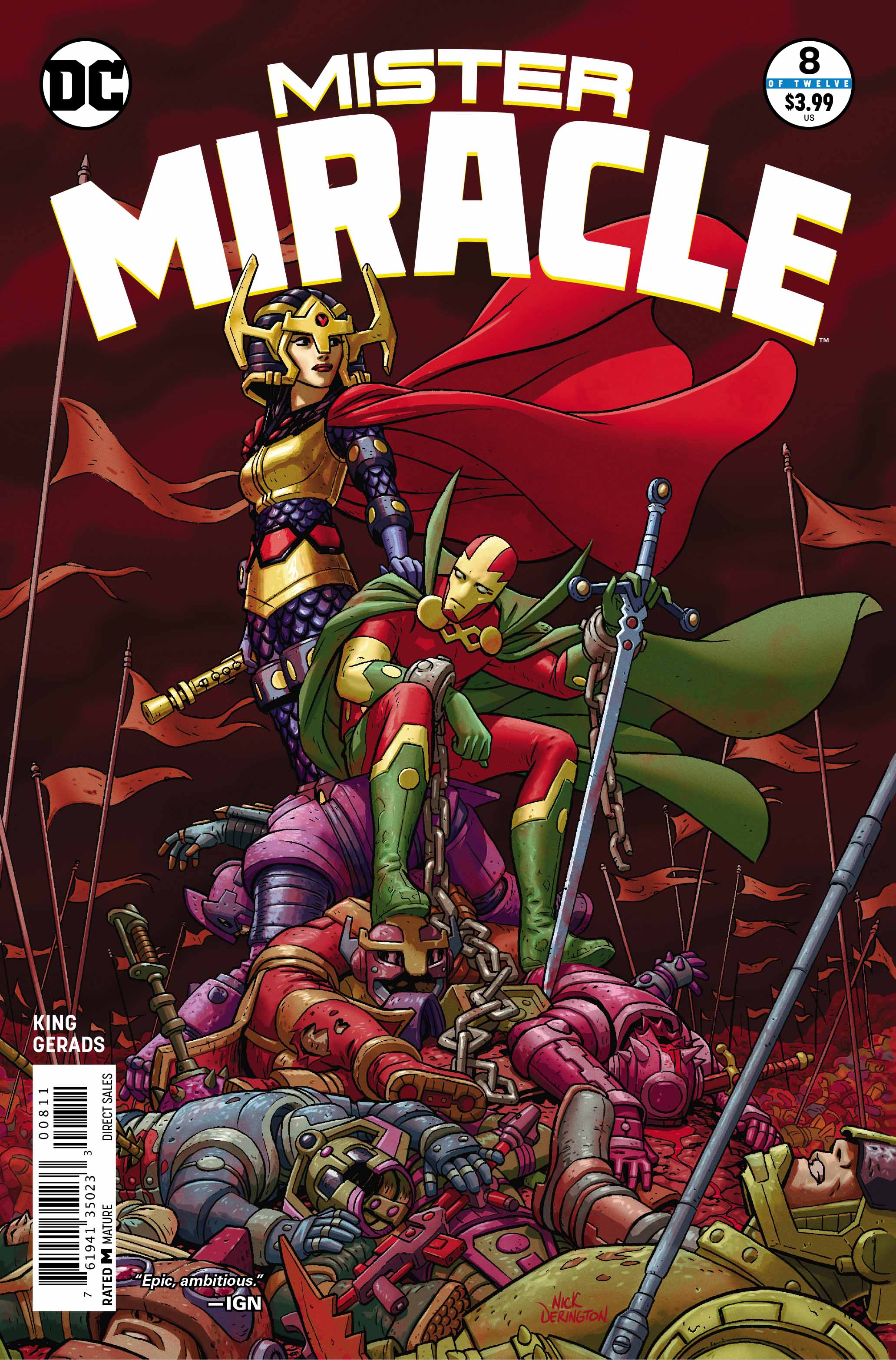 With new parents not really able to let go fully with a nanny, Scott and Barda take turns dealing with the war on Apokolips while the other stays home with Jake. With this arrangement we get a chance to see the real life banter between parents while apart. It is very funny to see Mister Miracle out in the middle of the battle field while talking to Barda about things you would hear any real parents discuss.  It is so nice to see the duality of parents and warriors, with Tom King really hitting it out of the park with the dialog. The highlight for me was Scott having his leg worked on in the middle of the battlefield while he discusses his and Barda’s current sleeping woes, and the little Batman joke thrown in. 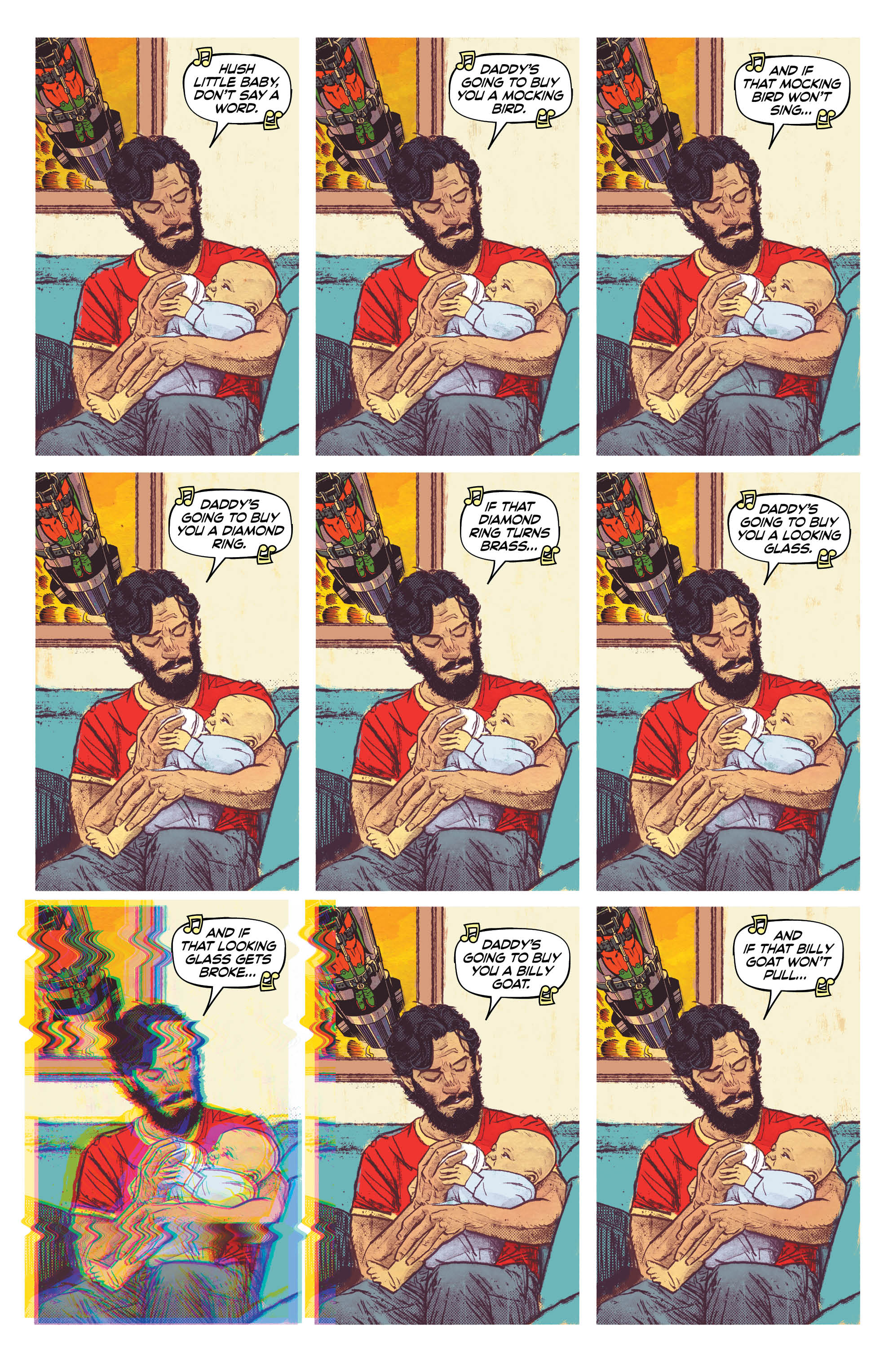 I cannot stress how beautifully executed the dialog is in this issue, making these character feel like real to life parents balancing work and home. The writing between these two just felt so natural and flowed seamlessly into the sci-fi backdrop of Apokolips.

Speaking of the backdrop of Apokolips, I have to mention the work of Mitch Gerads as artist. This series has been beautiful since #1 and work wonderfully in tandem with Tim King’s writing. The colors really pop and grab your attention to every detail when the action is coming, yet also knows how to bring things down to earth with the story really calls for it. It’s a beautiful symphony that Mitch Gerads has created with this series. With this being issue 8 of 12, it saddens me to know the end is near, but I enjoy every single page of what I am given. 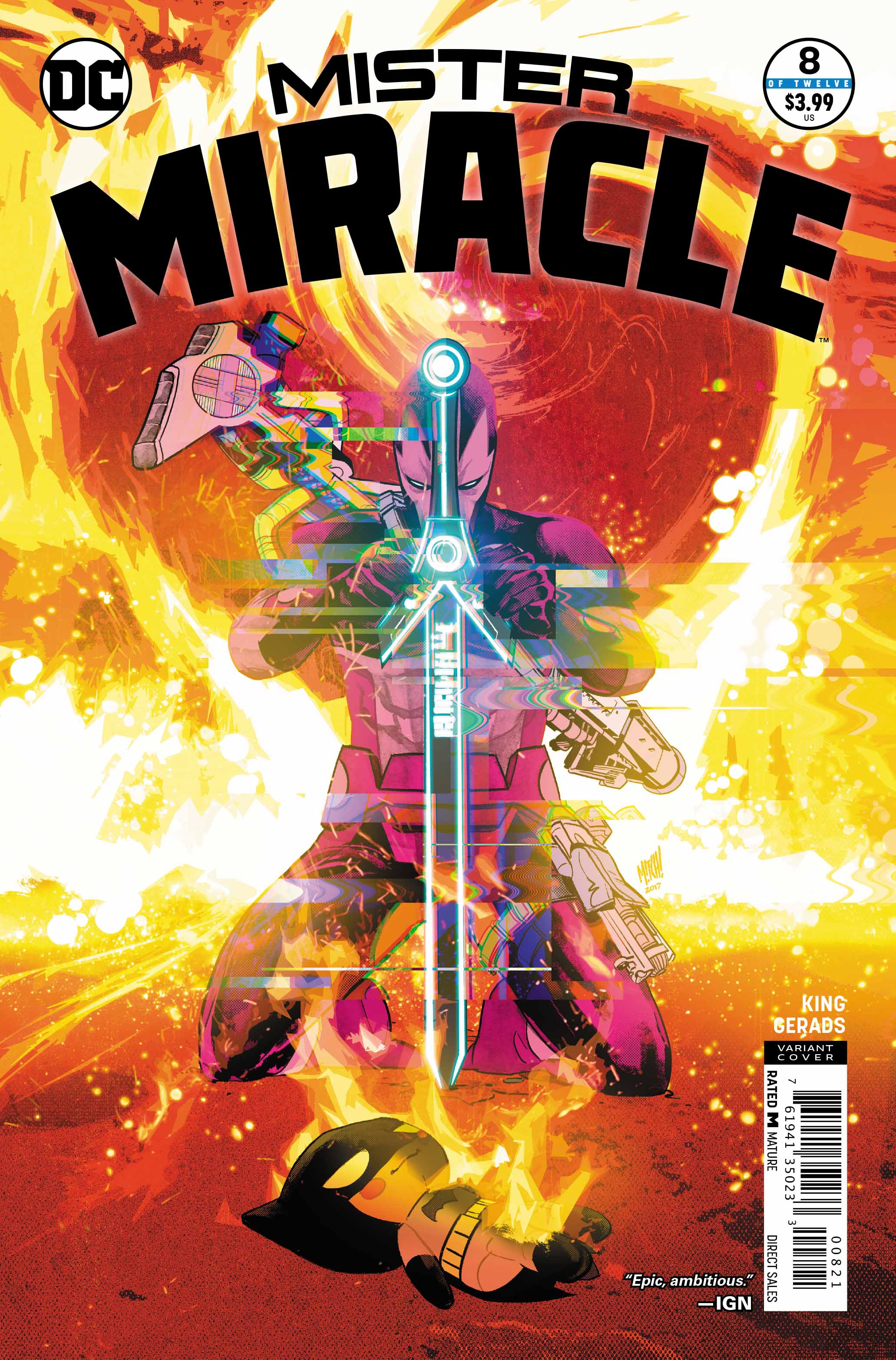 My final thought for this issue is that it is a must read for any DC fan. Between the writing and the art, this limited series has been an absolute gem! I advise anyone who hasn’t read issues 1 through 7 to do so immediately. The brilliance of this issue is built on the story as a whole, and should be enjoyed with the other 7 issues. I’m giving this issue 5 stars and look forward to seeing this limited series to its conclusion.