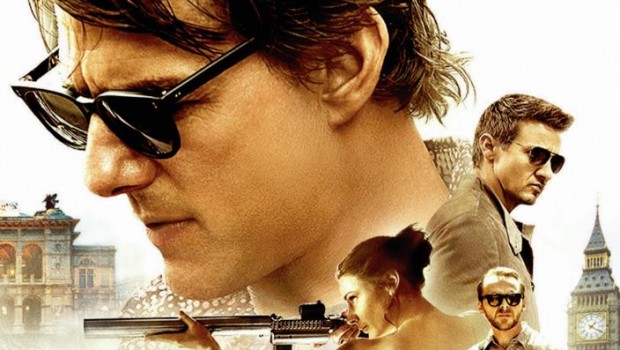 If a film is dedicating itself entirely to action it must still give us a reason to care about the characters and their perilous situations. The fifth in the Mission: Impossible series, starring Tom Cruise, is entirely action but also highly impersonal. This was never going to be a deep movie but outside of the rich cast hired to play them—including Simon Pegg, Alec Baldwin, Ving Rhames, Jeremy Renner and newcomer Rebecca Ferguson (Hercules, 2014)—there’s nothing distinguishable about the personalities of the film’s characters.

Some have already named this as the best of the series and the one which cements Cruise’s status as high as James Bond or the apex of action stars. Personally, I prefer Tom Cruise films where he’s asked to do more than perform elaborate stunts and where his dramatic chops are tested like in Michael Mann’s Collateral (2004) and perhaps his most alarmingly dramatic work in Paul Thomas Anderson’s Magnolia (1999). There are also smarter, deeper chase movies than the Mission: Impossible series like Minority Report (2002).

In Rogue Nation, Cruise resumes his role as Ethan Hunt, a top secret spy whose group the Impossible Mission Force (IMF) is under fire by CIA boss Alan Hunley (Baldwin), who wants to dismantle them. Meanwhile, the group is also attacked by a counter organisation called the Syndicate, which sends Hunt and his team—including Benji (Pegg)—on the run. Helping Hunt escape capture from the opposite team is Ilsa (Ferguson), who is after a disk with the names of agents on it.

But she remains untrustworthy and elusive for Hunt as she keeps switching sides. Hunt’s ally Agent William Brandt (Renner) is also on the lookout for him, and trying to escape the increasing pressure from Alan, who himself wants to capture Hunt. Hunt’s mission to find the disk and stop the Syndicate organisation takes him global hopping and into scenarios like a night at the opera and also a dangerous infiltration mission under the water. It’s a very convoluted, crazy plot, which most won’t bother to unravel if they’re engaged or distracted by the big set pieces and stunts. 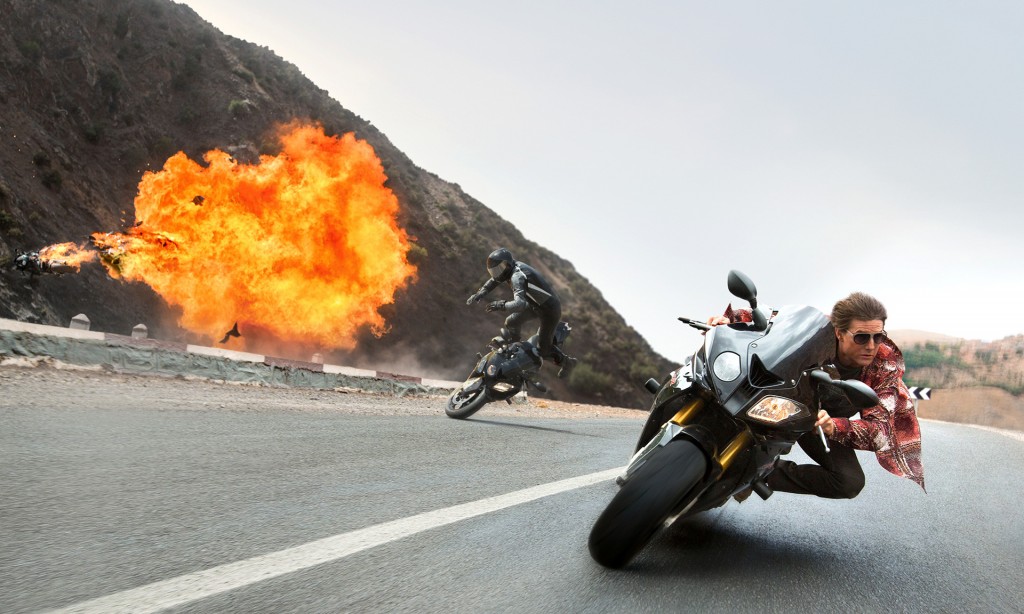 Aside from Benji, the characters in the film are boring action figurines, short on characterisation and humanity. Take the newcomer Ferguson, who admirably throws herself into all of the physicality of Ilsa. It’s not a part with any backstory or personality and the reality is further diminished by the extent of her resume—including running, sniping, diving, motorcycle racing, general spy stuff, knife fights and disarming a man by leaping onto his head in an evening gown—which makes her symmetrical with video game characters like Lara Croft. Scarlett Johansson would have been worn out by this role.

On top of a female lead, was someone worried Renner would further outshine Cruise? He has so little do in the film, which seems like a bizarre omission given he’s proved his physicality in action films like The Hurt Locker (2008), The Bourne Legacy (2012) and the two Avengers films. Ving Rhames is the film’s one African American character and the only action sequence for him is an amusing gag scene with a vehicle. For someone of Cruise’s experience, Ethan Hunt is not a role which tests him outside of the stunts. He’s a dull, standard can-do hero, without the personality or the fun of James Bond and no inner life either. His team regularly mentions their friendship with Hunt but there’s little downtime to show their bond and any pauses are dedicated towards exposition. 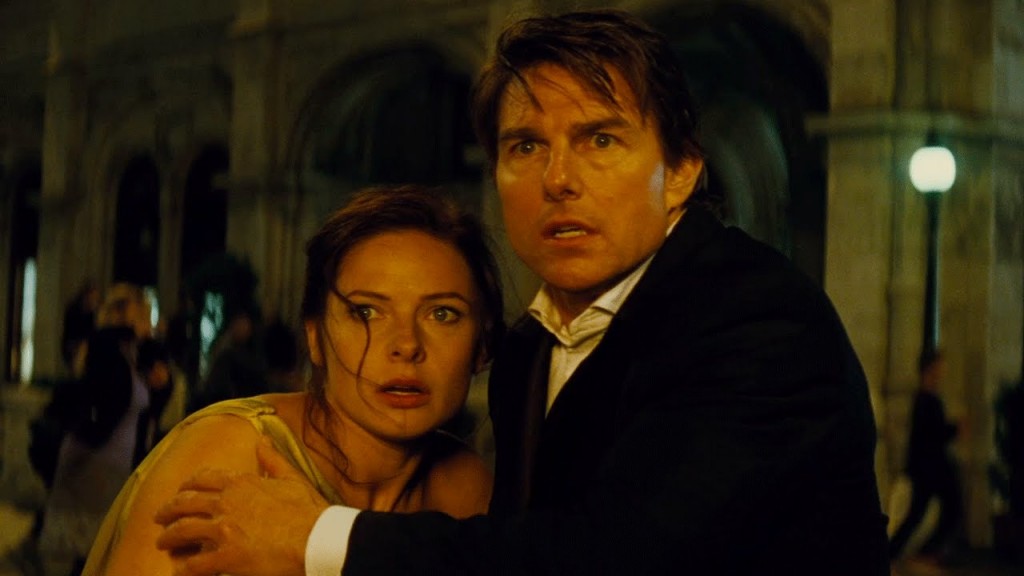 As determined by Christopher McQuarrie—who reteams with Cruise after directing Jack Reacher (2012)—the content and the shape of the film further dispel Hunt’s believability. There aren’t enough spaces between some of the action sequence. In one montage or collage of stunts, Hunt drowns under water, is revived, speeds off in a car, crashes his vehicle in a series of ridiculous flips, and then he escapes from the wreckage, only to speed off on a motorcycle. Compressing the sequences together makes the film like a cartoon and hard to take seriously, which would be one of the aims of the filmmakers and Cruise, who prides himself on the stunts.

One point where the film becomes enjoyable is when it reaches a new height of ridiculousness, as Alan gives a speech about Hunt being “the living manifestation of destiny.” It’s an unintentionally hilarious moment which had me laughing but true to form its proceeded by the weight of another chase scene and a knife fight. Tom Cruise has already reached his fifties and it’ll be interesting to see how the backend of his career treats him and whether he looks for roles that will test his range or at least let him utilise his charisma. He needs to catch his breath.

Well presented on Blu-ray, both visually and with audio, Rogue Nation boasts over 45-minutes of additional extras that also includes commentary by both Cruise and director Christopher McQuarrie. These special features go well beyond the movie and take the viewer to its creation and why this rebooted franchise is so popular amongst movie goers.