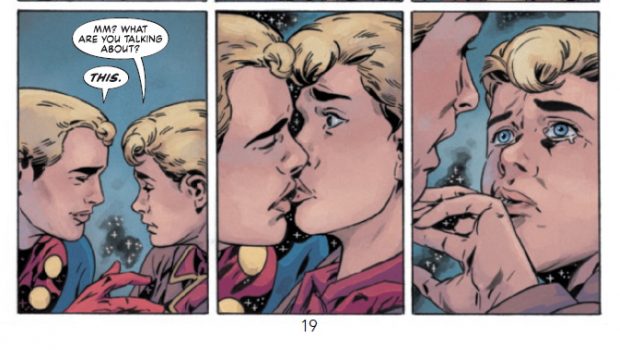 Summary: Whatever is happening here is too smart for me, obviously this is meant for someone else.

A big nope from me

Young Miracleman recounts what he has learned in the week after he was born including reading several comics and two movies including one about the destruction of London in some sort of disaster involving a being with superpowers that Miracleman could not stop happening. Young Miracleman is asked to go to New York for an appearance and everyone seems to love him.

After he gets back Miracleman asks to talk to him about something but things go south and things go boom. The butler asks what happened but is told that the other Miracleman has had to go away for a while.

Even though this is only part two of this story I feel like I have missed a lot of the context of this story already. It is a reprint of a story from the 1985 story and also there was already an ongoing storyline.

Generally I don’t like jumping into things that make me feel like I am missing out on something already. You shouldn’t have to do homework to just pick up something and read it. Although this does seem very technically impressive and like it has a interesting story I would pass on it unless you are super into this writer. 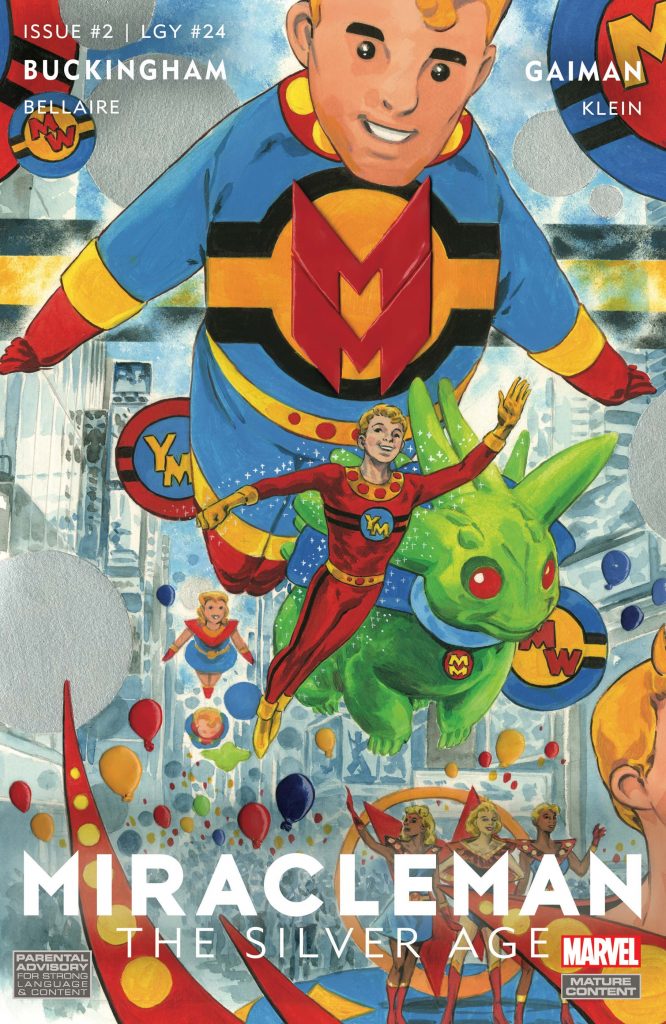 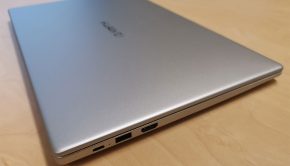