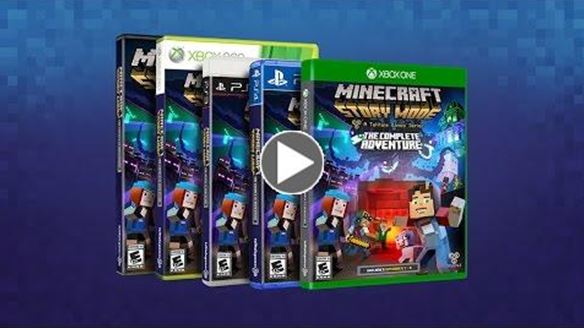 The new Minecraft: Story Mode – The Complete Adventure disc includes all 8 episodes in the season in one place for the first time: 5 episodes from the original season pass, plus the 3 episodes from the ‘Adventure Pass’ add-on series. Minecraft: Story Mode – The Complete Adventure is available on disc for US$29.99 or equivalent for PlayStation 4, Xbox One, PlayStation 3, and Xbox 360 at retailers in North America today; and at retailers in Europe starting October 28th. The disc will also be coming to PC early next month.

Minecraft: Story Mode – The Complete Adventure is rated ‘E10+’ (Everyone 10+) for Fantasy Violence and Mild Language by the ESRB. The series is published by Telltale Games in partnership with Mojang.