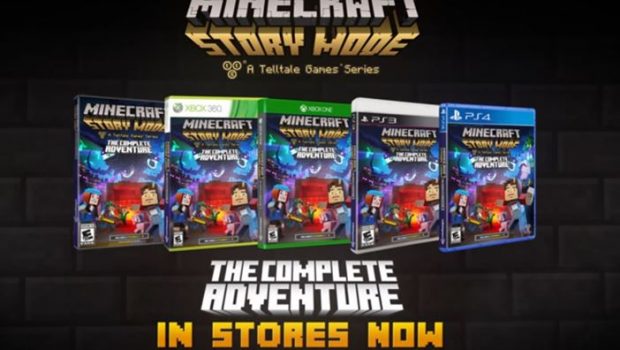 The new Minecraft: Story Mode – The Complete Adventure disc includes all 8 episodes in the season in one place for the first time: 5 episodes from the original season pass, plus the 3 episodes from the ‘Adventure Pass’ add-on series. Minecraft: Story Mode – The Complete Adventure is available on disc for AUD$69.95 for PlayStation 4, Xbox One, PlayStation 3, and Xbox 360 and AUD$59.95 for PC at retailers in Australia.

Minecraft: Story Mode – The Complete Adventure is rated PG for Mild fantasy themes, violence and coarse language by the Classification Board. The series is published by Telltale Games in partnership with Mojang.