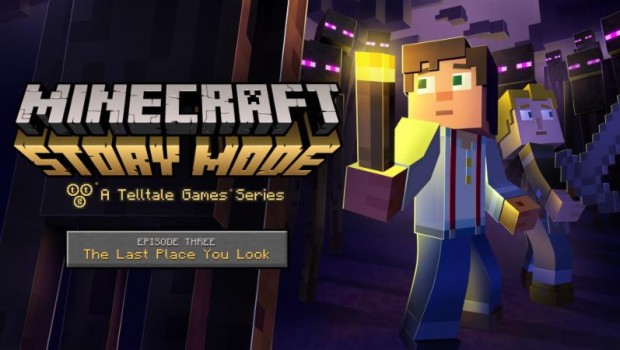 Episode 3: ‘The Last Place You Look’ is available digitally worldwide today on PC and Mac from the Telltale Online Store, Steam, and other digital distribution services, on the PlayStation®Network for PlayStation 4 and PlayStation 3, on the Xbox Games Store for Xbox One® and Xbox 360®, for compatible iOS devices via the App Store, and for compatible Android-based devices via Google Play and the Amazon Appstore. The episode is also available today for season pass disc owners via online update.

In their review of the first episode, Polygon declared the series, “a grand adventure in the universe of Minecraft,” with Wired UK saying it, “brilliantly channels its source material,” and Kotaku UK calling it “a triumph.” The Guardian said the series “will delight Minecraft veterans young and old alike,” while GameSpot lauded Episode 2 as, “a charming, winning adventure for both fans and newbies to the world of Minecraft.”

In Episode 3, trapped and running out of time, Jesse and crew must discover a means to locate Soren, the final member of the Order of the Stone. They’ll see sights and wonders beyond belief, including the horrors lurking beneath the starless sky of The End. Only Soren’s knowledge can help push back the all-consuming Witherstorm, but will it be enough to save the world?

Minecraft: Story Mode – A Telltale Games Series – Episode 3: ‘The Last Place You Look’ is rated ‘E10+’ (Everyone 10+) for Fantasy Violence and Mild Language by the ESRB. Future content in the season is yet to be rated by the ESRB. The series is published by Telltale Games in partnership with Mojang.