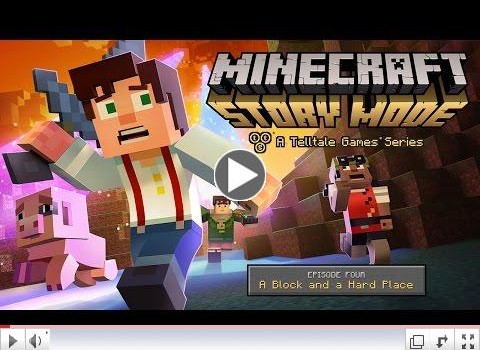 Episode 4: ‘A Block and a Hard Place’ is available digitally worldwide today on PC and Mac from the Telltale Online Store, Steam, and other digital distribution services, on the PlayStation®Network for PlayStation 4 and PlayStation 3, on the Xbox Games Store for Xbox One® and Xbox 360®, for compatible iOS devices via the App Store, and for compatible Android-based devices via Google Play and the Amazon Appstore. The episode is also available today for season pass disc owners via online update.

In Episode Four, with the fearsome Wither Storm more dangerous than ever, Jesse, Reuben, and the crew discover there is one thing that can destroy the command block at the heart of the monster – but they’ll need to brave the perils of the Farlands to find it. As uneasy allies and ailing friends threaten to tear the group apart, can they defeat the Wither Storm in their final battle? And what sacrifices must be made to succeed? Find out in Episode Four’s epic ‘Wither Storm Finale’ that will turn the page on one chapter before adventures can begin anew in the mysterious Episode Five launching in early 2016.

The season premiere episode ‘The Order of the Stone’ is also now available on Windows 10 via the Windows Store for the first time. Additional episodes will be available in the coming weeks.

In their review of the first episode, Polygon declared the series, “a grand adventure in the universe of Minecraft,” with Wired UK saying it, “brilliantly channels its source material,” and Kotaku UK calling it “a triumph.” The Guardian said the series “will delight Minecraft veterans young and old alike,” while GameSpot lauded Episode 2 as, “a charming, winning adventure for both fans and newbies to the world of Minecraft,” and Game Informer praised the “action, wit, and charm” of Episode 3.