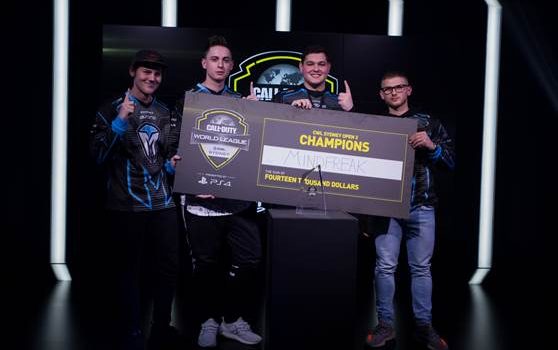 SYDNEY, Australia – 15 May 2017 –The road to the Call of Duty World League Championship 2017 Presented by PlayStation®4 (CWL) has taken another big step with MINDFREAK winning the CWL Sydney Open II. The three-day tournament hosted at the ESL Studios in Sydney saw some of the most intense competition yet as more than 30 teams competed.  While Team MINDFREAK took home top honours, teams ORACLE and RAGE rounded out the top three placements.

“We came into the Sydney Open 2 competition with the intention of reinforcing our status as the top team in APAC, so we’re very pleased with the result. We are training hard and always striving to improve, so we’re excited for the rest of the season.”

Here are the final rankings for the CWL Sydney Open II:

For teams in APAC there are still two chances to make the CWL Championship.  First is the relegation qualifier on June 3, where an APAC team could secure their spot in Stage 2 of the CWL Global Pro League.  All teams must register by June 1 to be considered and can sign up here.  The second and final opportunity is the Last Chance Qualifier in Melbourne on July 8 – 9.  Here teams can attempt to secure one of two final spots for APAC at the CWL Championship in August.

Call of Duty World League Presented by PlayStation®4 is proud to partner with Major League Gaming Corp. (MLG) as North American tournament operator and broadcast partner for the season.  Through MLG’s proven live streaming capabilities and technology, MLG.tv will help to deliver the CWL events across a number of platforms including in-game via Call of Duty: Infinite Warfare, on the PlayStation®4 console through the in-game video player and mlg.tv/callofduty.