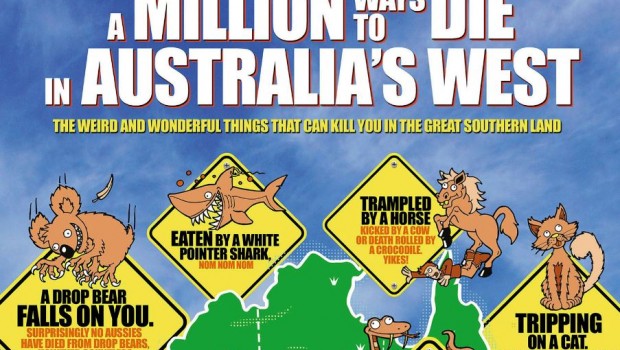 A Million Ways to Die in Australia’s West

With A Million Ways to Die in the West about to be released on Blu-ray/DVD, check out this very amusing infographic that illustrates all the weird and wacky things that can (and have) killed people in our Great Southern Land to celebrate this very amusing film! 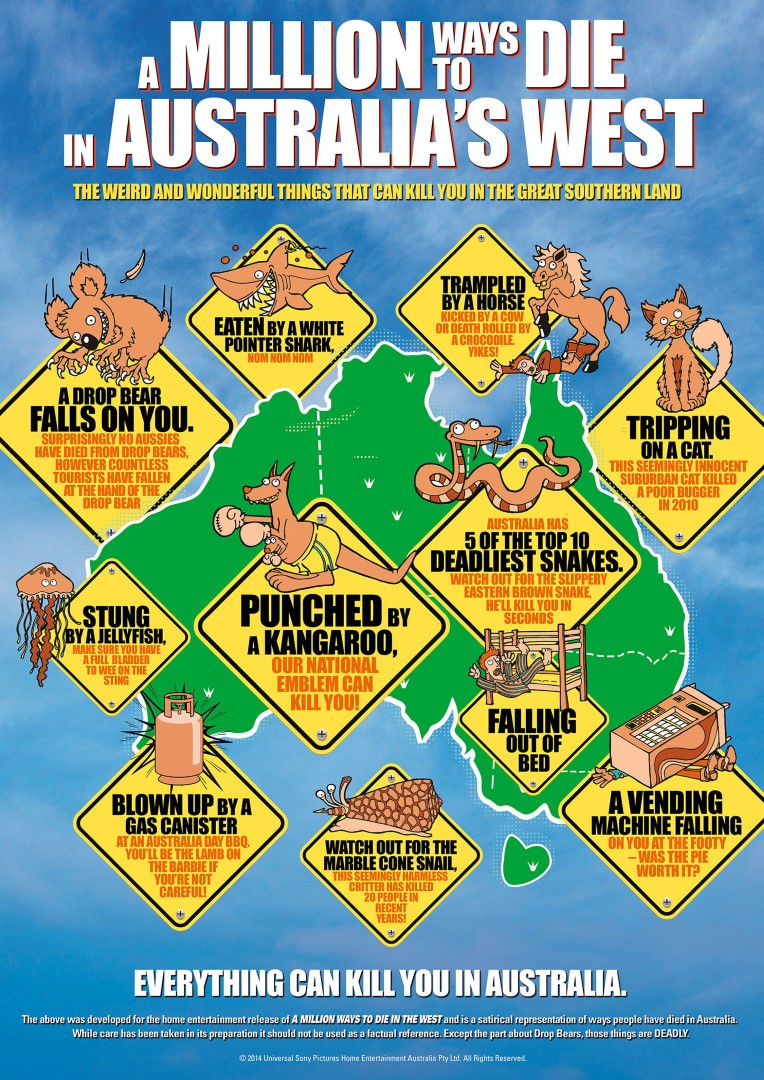 In Arizona 1882 nothing comes easy in the bitterly unforgiving Old West except dying. Albert (Seth MacFarlane), is a soft man in hard times who really doesn’t fit in. Adding to Albert’s distress and feelings of inadequacy, his girlfriend (Amanda Seyfried) leaves him for the towns moustache groomer (Neil Patrick-Harris). When a mysterious and beautiful woman (Charlize Theron) rides into town she helps him find his courage. However, when her husband (Liam Neeson), a notorious outlaw, arrives seeking revenge, the farmer must put his new found courage to the test.