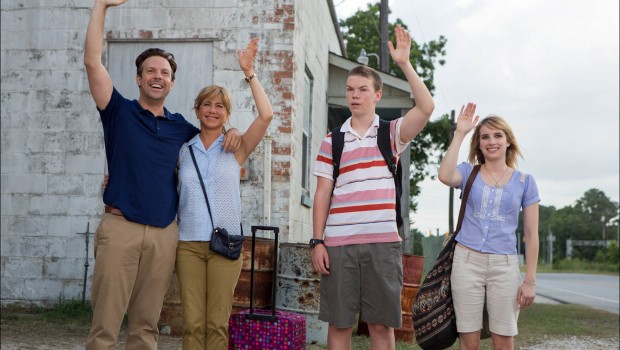 Summary: You laugh a bit and generally enjoy the experience, but We’re the Millers is by the numbers American comedy.

So there it is: the drug dealer, the stripper, the runaway and the virgin. As far as back stories go it’s as weak but sufficient as any lightweight comedy. The film is well cast and all the actors seem to fill their roles quite comfortably. Millers is soaked in jokes you’ve seen and heard before, but they are delivered well. The supporting cast, including Ken Marino (Party Down), Nick Offerman and Kathryn Hahn (Both from Parks and Recreation), do a great job of their roles and add to the laughs in the film.

Aniston and Roberts get the least amount of laughs unfortunately and the script reduces Aniston’s ability to get audience laughs to taking her clothes off. In an over the top unnecessary scene she strips to “distract” a drug dealer. It’s a cheap scene, and the director knows it. He has Sudeikis turn to the camera and shrug. Yeah we get it. It’s just tacky, really tacky. The outcome of the film right from the onset is obvious which makes it hard to really get into film. Especially because there’s nothing new in the comedy presented. 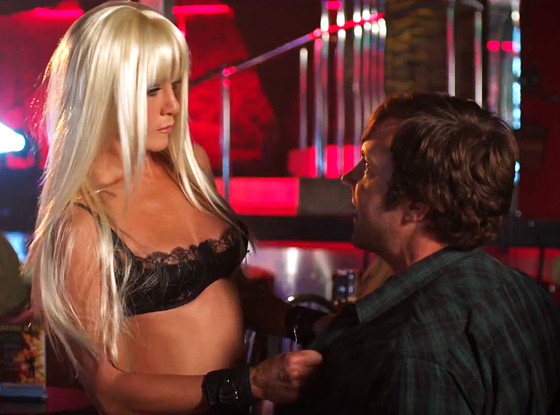 Directed by Rawson Marshall Thurber (Dodgeball: A True Underdog Story), he has made a polished film that is edited and shot well. Judging by the end credits it seems the actors were given the chance to adlib some of their lines. It’s a little unclear of how much of this made it to the final edit though because the result is a little bland. You laugh a bit and generally enjoy the experience, but We’re the Millers is by the numbers American comedy. It lags in the middle and about fifteen minutes could be cut out of the film, which would make the experience a little easier to enjoy.