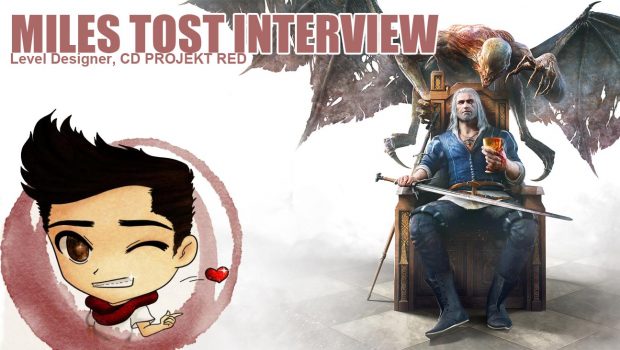 Welcome to Impulse Gamer Miles, so tell us how you became involved in The Witcher?

My first contact with CDPR I had at a German developer conference called ‘Quo Vadis’ 2012 in Berlin. We met again at Gamescom the same year. The people were super nice and having enjoyed both W1 and W2 I decided to apply. Things went smoothly and I started working at the company and on W3 in January 2013. So that was pretty early in development! Basically I started fresh off university, so it was and still is quite the dream come true for me and I am incredibly humbled to have been part of this incredible journey that has been The Witcher 3. 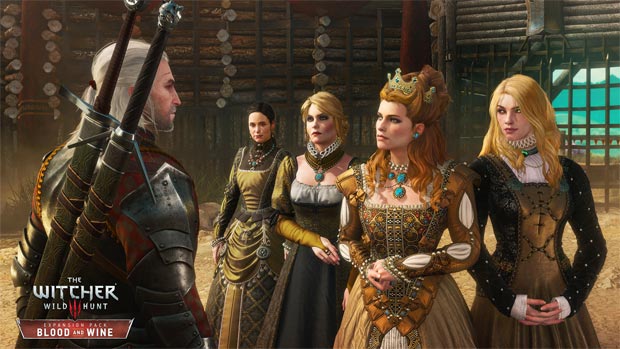 So what is the new expansion, Blood & Wine about?

In B&W Geralt travels to a completely new part of the world called Toussaint on Witcher business. Toussaint has the nickname to be “the land of wine and love” and as such has this distinct almost fairy-tale like character when it comes to its atmosphere. It’s lush and green, untouched by war and the people living there are pretty much careless – quite unlike the regions of the world Geralt and the players have previously visited. However, Geralt soon finds out that even the shiniest medal always has a darker side to it.

For me, B&W represents a new level in quality when it comes to our open world design. The open world improves on basically every front compared to the base game or even Hearts of Stone, the previous expansion. It’s packed with content and should sort of hit this balance of feeling fresh, yet comfortably familiar to old and new players alike. Kind of like returning home after a long absence, does that make sense? 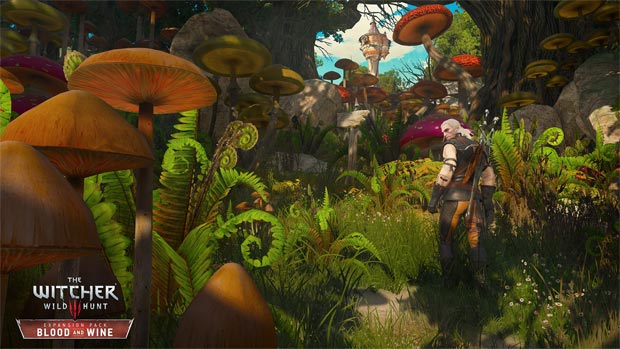 What is your favourite aspect about the new expansion, Blood & Wine?

For me its got to be the land Toussaint itself. Coming from this grim, war ravaged world we have been portraying so far, into this fresh and colorful somewhat Mediterranean area felt very refreshing – I mean not only for the players playing the finished product, but also for us devs working on it!

We got to try out many new ideas and really show what we learned from our experiences working on W3 and even since the launch of the first expansion back in October 2015. So we increased the density of encounters / POIs in the world slightly compared to the past for example. We also tried to make the world feel more alive by adding our dynamic POI system, which changes the contents of POIs based off of your actions in other POIs. Another thing is that we looked at our past POI templates, like the ‘Abandoned Settlement’ and made those more engaging. As a result we have added a third state compared to the two (or sometimes just no alternate state at all) we got in the base game.

Practically this means that now, when you free a village of its problems, Geralt will now sit down and meditate while you see a timelapse of the environment – something we also brought back due to popular demand – after this, instead of having the village be repaired or the people simply having moved back in – villagers will come back and start repairing the ruins first. Signs of work can be found, workbenches, scaffolding, etc. Only when the player returns at a later point in time will he find the village completely restored to its former glory. It’s big changes and many small changes like this one, that make exploring in B&W so much more rewarding! 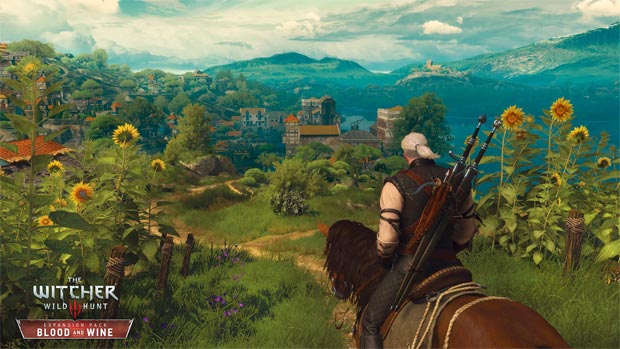 If you could give us a hint about a certain place in Blood & Wine that players should visit, where would it be?

That’s like having to choose your favorite child! The cruelty! Thankfully Toussaint has some serious sightseeing value – so just wandering around should not only feel nice but also reward you with a lot of interesting locations and stories to find. I personally really like Beauclair, because the city has such a different character from all the other cities in the Witcher games. You can really tell that the people are of a different culture and have different lifestyles than, say, the ones in Novigrad City.
Personally I can recommend doing the Scavenger Hunt quests for the Witcher School gear, since they are designed to get you around a lot and you’ll stumble upon quite a few interesting places. 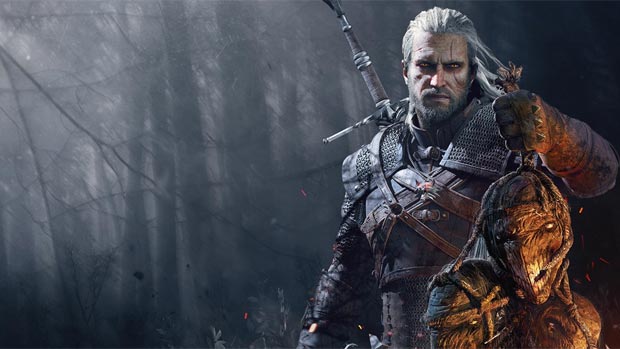 Why do you think gamers relate so well to Geralt?

Oh, I think part of it must be that he feels very real at times. Maybe it sounds weird when I say this. Very probably it does! But how often have I found myself while playing pointing out the oddity of a situation only to have Geralt repeat my thought (or even formulating it!) mere seconds later. He’s very much aware of the things going on around him as much as the player is and so I guess you could say that when you get to make some decisions in the game, you sort of make them ‘together’ instead of simply commanding Geralt around.

This also translates to his goals. He doesn’t want to save the world – he just wants to save what is essentially his daughter. There’s no higher, noble goals. It’s very relatable I find.

In development, was the biggest challenge of Blood & Wine?

Oddly enough, it was the sheer amount of creativity left after finishing the monster (hah, get it?) that was W3. If I dare say so, the expansion is quite massive as we released it! However the amount of ideas for quests and locations and all the other stuff we had coming in from every department of the company was humongous. It was a bit surprising? Maybe? So we ended up with so many cool ideas but sadly only had so much time to make the expansion. If we’d implement all of the things we’d wanted we’d still be developing the expansion and would probably still be doing so for a long time. I know some people would really like that, haha – but there’s also another game we want to finish, Cyberpunk – right?

There was a time where we had to make a lot of smart decisions on which content we could keep during B&Ws development. Overall I do think we achieved a better result. Too much content in too small of a space can easily dilute the quality of our work and ultimately the players experience.

So who at CDProject Red loves unicorns?

Everyone. They can be quite useful as it seems. 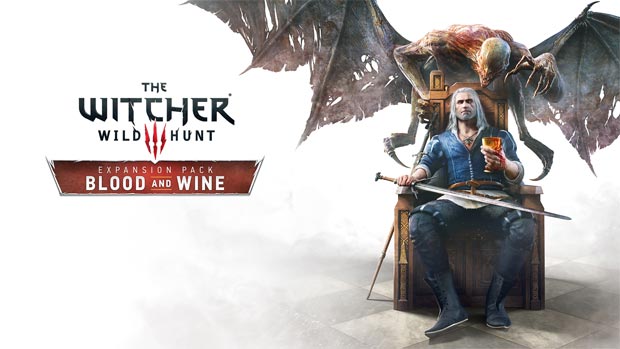 Last but not least, what does the future hold for Geralt… we know it’s the end but?

Are you talking about Geralt or us, as in – CDPR? Geralt’s story is done. I think we gave him a good situation to be in at the end of his journey and take a rest. Who wouldn’t want to live happily ever after on their own vineyard in sunny Toussaint?

Seriously though, for the team it’s all a bit bittersweet. Sad to have reached the end of this journey but very eager and happy to work on something completely new and fresh with Cyberpunk 2077. 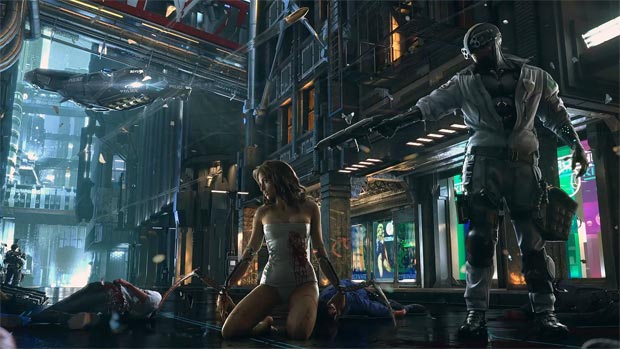 The Witcher 3 Blood and Wine is out now on PC, PS4 and XONE!