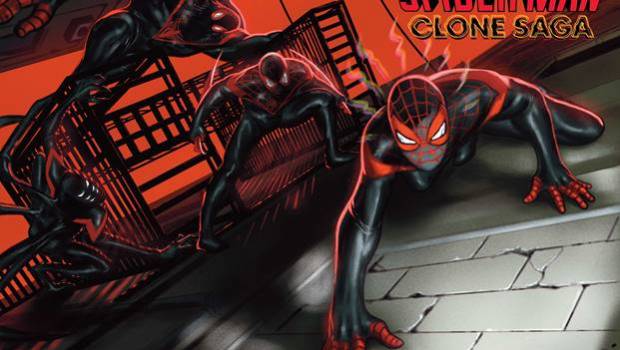 MILES MORALES: TRAPPED IN A CLONE SAGA OF HIS OWN!

Writer Saladin Ahmed’s acclaimed run on MILES MORALES: SPIDER-MAN will hit a new highpoint this April with the CLONE SAGA, a new arc that promises to be Mile Morales’ most thrilling adventure yet. One of the most talked about comic book storylines of the nineties, the mega-popular “Clone Saga” took over the pages of Amazing Spider-Man, shocking readers month after month. Now this iconic saga will be—Miles Morales-style—beginning in a special oversized anniversary issue: MILE MORALES: SPIDER-MAN #25.

After months of buildup, the Clone Saga will be the culmination of many of the ongoing story threads that have been haunting Miles since the very beginning of Ahmed’s run. Readers will finally see the full extent of the Assessor’s meddling as his clone creations run rampant through Brooklyn. Designed by superstar artist and Marvel Stormbreaker Carmen Carnero, prepare to meet three distinct Miles clones, each one destined to turn Miles’ super hero career upside down. 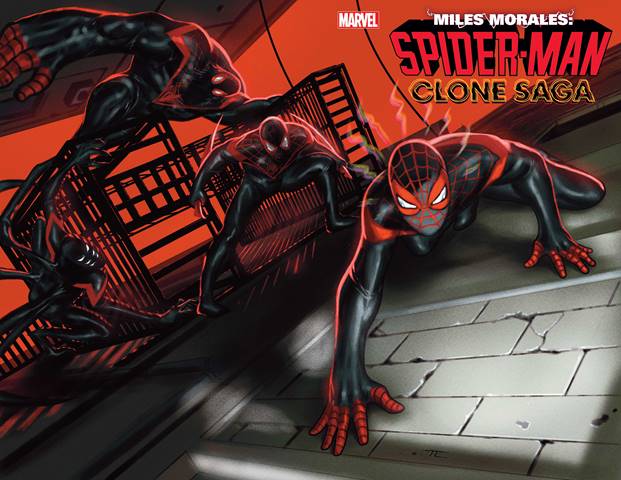 “When Peter Parker faced his own ‘Clone Saga’ years ago, he was taking part in what was already one of the most iconic traditions in comics – the hero battling a version of themselves. Since the very first issue of MILES MORALES: SPIDER-MAN, I’ve known that I wanted put Miles through that iconic wringer in his own distinctive way,” Ahmed said. “Miles’ CLONE SAGA is a story that has been months, even years, in the making. We’ve been planting its seeds throughout the series, from the horrors of being abducted by the Assessor to the confrontations and sacrifices of the Ultimatum epic. Moments from the past will come back to haunt Miles, and the events of the story will ensnare everyone from his baby sister to Peter Parker (who knows a thing or two about dealing with clones). The ramifications will be felt for years, and it all starts in April!”

“If you thought the first ‘Clone Saga’ was controversial, wait until you read what Saladin and Carmen do,” Editor Nick Lowe said.

Don’t miss the start of Miles Morales’ greatest challenge to date when the CLONE SAGA kicks off in MILES MORALES: SPIDER-MAN #25. For more information, visit Marvel.com.