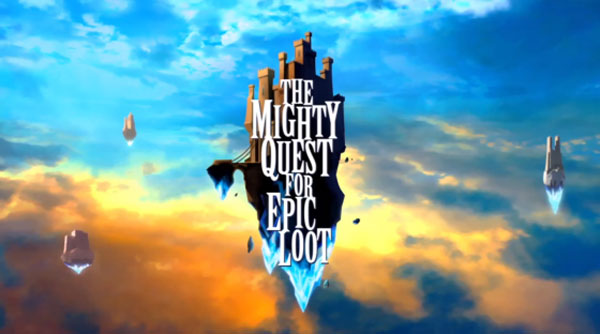 THE MIGHTY QUEST FOR EPIC LOOT GETS STEAM-Y

SYDNEY – November 19, 2013 – Ubisoft® has announced that The Mighty Quest for Epic Loot, the humorous hack-n’-slash-meets-tower-defence PC title from Ubisoft Montreal, is now available on Steam through the Early Access program.

“After keeping it under wraps for some time now, we’re very excited to finally announce that The Mighty Quest for Epic Loot will be a part of Steam’s Early Access program,”

said Quentin Gallet*, Executive Producer at Ubisoft Montreal. “We are really looking forward to getting feedback from Steam’s community of highly active and engaged gamers.”

Players can enter the closed beta of the game with a bang, thanks to the Double O (Original Opulencian) program. This Founder program gives players access, among many other things, to exclusive gear and special items, early access to new heroes and bosses, and the status of a true pioneer that will forever allow them to shamelessly show off.

For more information and to play The Mighty Quest for Epic Loot on Steam, please visit: http://store.steampowered.com/app/239220

You can also find more information on our official website at: https://www.themightyquest.com/en/welcome

*(Should players find themselves looting a castle belonging to “Quentin,” make sure to show no mercy.)