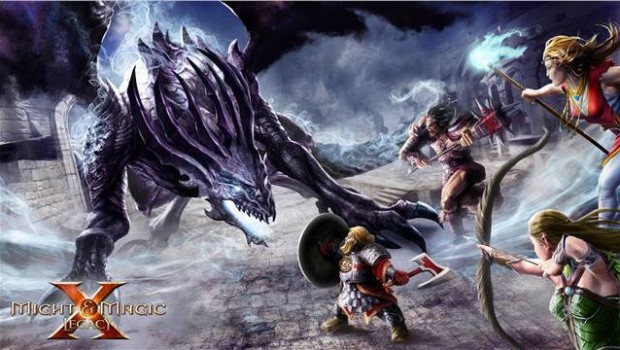 Might & Magic® X – Legacy Will Be Available On Mac Same Day

Might & Magic® X – Legacy will also be available on Steam for Mac on March 27th.

The “The Falcon & The Unicorn” DLC introduces an exclusive quest line, 2 new dungeons, an all-new array of iconic enemies from the Haven faction, along with much more content.

If the epic events of Might & Magic® X – Legacy made our favourite group of Raiders the heroes of Ashan, in “The Falcon & The Unicorn”, the Holy Inquisition itself wants their heads, accusing them of crimes they didn’t commit. Sentenced to rot away until death on the prison island of Fort Laegaire, the Raiders must once again combine wits and skills to unravel a sinister plot targeting the heart of the imperial court.

Might & Magic® X – Legacy is an authentic solo experience in the classic first-person RPG genre, with a turn-based game-play system. By creating and leading a group of adventurers in and around the exciting city of Karthal, by battling powerful mythical creatures while collecting ancient magical treasures, players will determine the fate of the Agyn Peninsula.

For more information on Might & Magic® X – Legacy please visit:http://might-and-magic.ubi.com/mightandmagicx-legacy