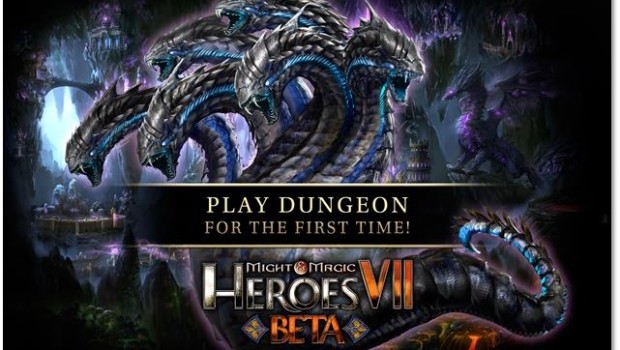 Might & Magic Heroes VII will be available on September 29

SYDNEY, AUSTRALIA — August 7, 2015 — Ubisoft has announced that Might and Magic® Heroes® VII will release on September 29th exclusively on Windows® PC. For 20 years the Might & Magic® Heroes® titles have set a new standard for computer strategy games. Combining a deep fantasy universe with a complete strategic experience, a rich RPG progression and a strong story narrative, Might & Magic® Heroes® VII offers players a more detailed world than ever to explore and conquer, a complex economic system to master and legendary creatures to face in epic battles.

After the success of the first closed beta, a second closed beta will take place on August 26th and will run until September 2nd. As part of the Shadow Council initiative, players had the opportunity to choose the extra factions that will be included in the second closed beta. As a result, Sylvan and Dungeon will storm in as the two new factions for this second beta phase.

Might & Magic Heroes VII is being developed by Limbic Entertainment, a team of devoted Might & Magic fans, and promises to be the best of the series by respecting its long-standing tradition and introducing features chosen by the community.

To secure access to the second closed beta, players must pre-order the game. Players may also register on the waitlist for a chance to enter the beta.  For more details on Might & Magic Heroes VII’s pre-order offers visit us at: www.mmh7.com/pr