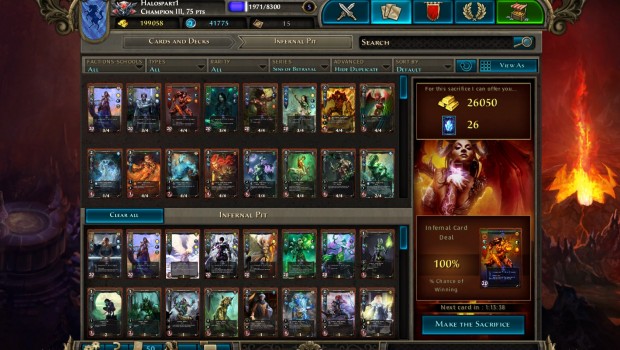 MIGHT & MAGIC® DUEL OF CHAMPIONS ADDS SINS OF BETRAYAL EXPANSION

Sydney, Australia – October 7, 2014 – Today, Ubisoft® announced that Might & Magic® Duel of Champions, the online strategy card game, will introduce Sins of Betrayal, a new expansion, on October 9, 2014. Sins of Betrayal tells the story of endless family war that breaks out between the six heirs of Duke Slava Griffin after his murder. Anastasya, the most loyal child and heir of the Duke, must venture into a dream to discover the identity of the murderer who took control of her mind and used her to kill her own father.

With Sins of Betrayal, players can experiment with new decks and collect up to 100 new cards. Each new hero of the series is a member of the Griffin clan, plotting against each other after swearing allegiance to a different faction. The box will contain 10 Super Packs for 1250 seals and each super pack will offer 12 new cards for only 150 seals.

In addition to the new decks, a Replay manager has been introduced so players can watch their previous duels and sharpen their strategies for future matches. Multiplayer rules have also undergone a change. To even the playing field, during the first player’s first turn they can no longer draw a card during the supply phase or use their hero’s ability. Also, the second player will now start the game with a Dragon Crystal, which can be played at any time during a match, and grants one free effect.

For more information and to play Might & Magic Duel of Champions please visit: www.duelofchampions.com.