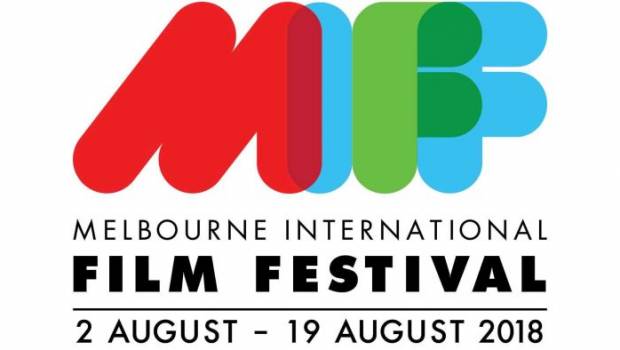 The Melbourne International Film Festival has announced the recipients of the 2018 MIFF Shorts Awards. From a pool of 120 eligible films, seven winners were awarded across fiction, documentary and experimental cinema, at an awards ceremony held last night.

Considered one of the most prestigious short film competitions in the Southern Hemisphere, the MIFF Shorts Awards are Academy Awards accredited, with the winners of the Best MIFF Short, Best Australian and Best Documentary awards eligible to submit their films to the 90th Academy Awards® in 2019.

The 2018 MIFF Shorts Awards winners were:

Jury Statement:
Two young boys one-up and double-bluff each other in outdoorsy settings of increasing peril – it’s hard to imagine a similar film being made in Australia on OH&S grounds alone! This is masterful filmmaking from director Jeremy Comte, steeped in an understanding of the existential dangers of what masculinity expects of even the youngest imbued with it. Not a single shot is out of place; a coda which could have been surplus to requirement instead carries a poetic sucker punchline rich in symbolism and which, having earnt it through investment in characterisation and evocation of place, is sure to turn on the waterworks.

All These Creatures
Charles Williams – director

Jury Statement:
Evocative, thought-provoking and timely. A beautifully made film that puts us in the shoes of a young man as he attempts to untangle memories of his childhood and his father’s tortured existence. From the opening cacophony of the cicadas that are slowly infesting the family home, to the poetic cinematography, this is a polished piece of filmmaking from Director Charles Williams. The subject matter is extremely relevant, with mental illness still a difficult topic, even in a time where more open discussion has lulled us into thinking it is no longer taboo or suffered in silence.

Jury Statement:
Raw, fulfilled and impactful. Director Astrid Dominguez Ortega has managed to achieve in short-film length a story that feels at once ancient and urgent, and part of a much bigger narrative. Set in Mexico and centreing on the dangers of being a teenage girl in a patriarchal society, the VCA Film 2017 graduate has created a film that is part parable and part thriller, but at its core beautifully and terrifyingly human. The film is tightly wound around the performance of Patricia Menses and, like her performance, it never dwells upon sentimentality but instead marches inexorably toward its chilling conclusion. This is cinema worth talking about and a masterful debut from a filmmaker to watch.

Jury Statement:
A broken lift in a run-down tenement block is the lens through which contemporary annoyances and injustices are explored. The humble aims of three tenants are stifled by what should be an easy problem to fix – but endless helpline calls mixed with incompetence and racial profiling end in disaster for the unlucky trio. Bonobo is an entertaining and cutting glimpse of modern life. It is a tremendously accomplished showcase for first-time director Zoel Aeschbacher.

Jury Statement:
Black Line is an elegantly simple documentary, that is arresting in its singular focus. Directors Mark Olexa and Francesca Scalisi drip feed information to the audience with space for us to muse and wonder, without frustration. The graceful and observational cinematography allows the audience to be a quiet and watchful character, given an unencumbered look at the effect an oil spill has had upon a village in Bangladesh. With such a gentle and distant approach, one could expect not to be invested, but with Black Line, it is not so. As the film progresses each new piece of information coalesces to create a bigger picture, perhaps even darker than the one we see on screen.

Jury Statement:
Lucia Bulgheroni’s stunning stop-motion short lures one in with delightful, traditional puppet animation set in an urban idyll before lurching suddenly into an ontological freak-out and, ultimately, its own beautifully rendered, multi-layered, time-lapse making-of. Getting meta can leech a film of affectiveness, but Inanimate, with all its dramatic transitions and its through-the-looking-glass moment of epiphany, it’s a sublime achievement, giving us all pause to contemplate hidden manipulators behind the everyday actions and interactions of we Earth-bound meat puppets – as well as loading the film’s title with any number of rich connotations.

Jury Statement:
In making this mesmerising short city symphony – surely impossible without recourse to the digital technology of the 21st century – Dimitri Venkov has paid tribute to one of the staples of cinema’s late-19th century pioneering days, the “phantom ride”, and to the architecture of the 20th century in Moscow. Watching these monumental Muscovite cityscapes seamlessly scroll by, upside-down and adrift in the sky, renders the familiar, yet strange and particular to Moscow, very much the stranger, making for an altogether serene and dreamlike viewing experience indeed.

A collection of the best short films of the festival, as chosen by the MIFF Shorts Awards Jury will screen across two special sessions: