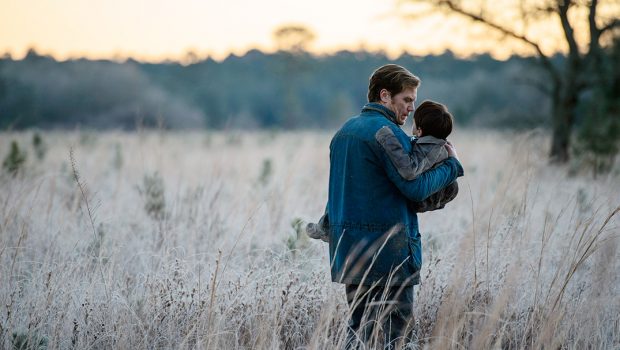 At the beginning of Midnight Special, two men are held up in a motel room at night. They’re accompanied by Alton, a young boy who sits underneath a bed sheet with goggles on his face, large headphones on his ears, and a comic book and torch in each hand. Why the boy must wear the goggles and headphones and why these early scenes are photographed through an almost pitch black lens are mysteries I won’t reveal. Roy is the father of the boy father and the other man is his friend Lucas, who used to be a policemen. A TV news report says that Roy is on the run and extremely dangerous. But the behavioural details of these men become our own clues. When Lucas shoots a cop, he immediately radios in to say the officer is hurt—a clever way of showing the men are only violent out of necessity to protect Alton and escape the real people chasing them.

Midnight Special is from independent filmmaker Jeff Nichols, an American director who has the luxury today of telling his stories with extremely leisured pacing. All four films he’s made, including this one, have starred Michael Shannon. The most well-known and well-received of these are Take Shelter and Mud. Take Shelter was an unforgettable movie, where a man built a bomb shelter because he believed his home was going to be destroyed by a tornado. The truth of this scenario, whether it was real or imagined remains a mystery. Similarly, Mud was about a man on the run from the police, who befriended a boy and told him lies. Truth and fiction are narrative staples further echoed in Midnight Special. The film is about faith and “seeing is believing” because Alton is a Christ-like figure. He is believed to be extremely dangerous by some but others think he is their messiah. This is a large part of why he and his father are being pursued by religious fanatics, mixed with government lawmen, but also a NSA officer who might have more understanding of Alton. 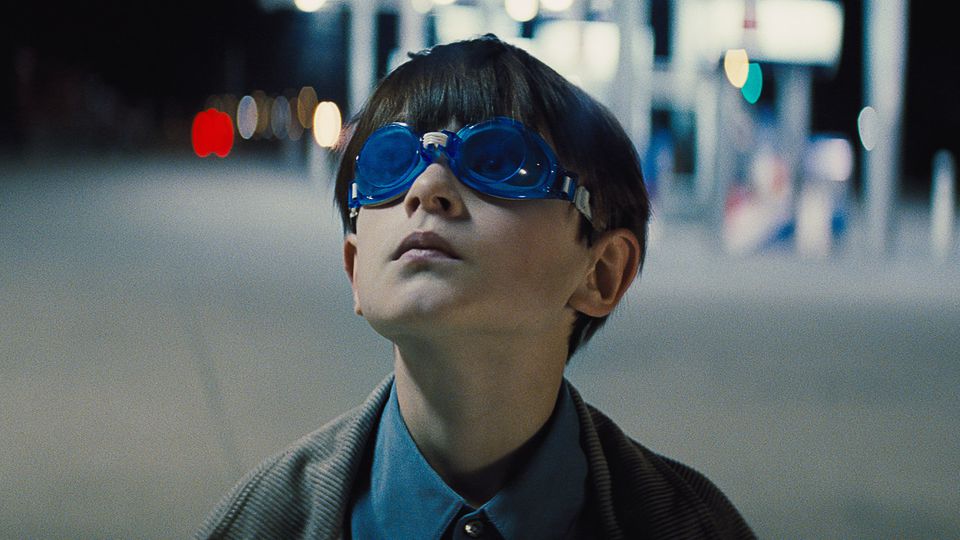 It’s important to distinguish what type of film this is and what it isn’t. Even though Alton is special, this isn’t a superhero like Batman vs Superman. Midnight’s small scale and morose tone is comparable to the bleak claustrophobia of No Country For Old Men. But even more ambitious is Nichols’ fusion of melding a comic book film—Alton even reads a Superman comic throughout the movie—with the emotions of an adult drama. Working against the tide of silliness of the comic book genre, he has for the most part succeeded. The film has dazzling set pieces and a great feel for pacing out action sequences and beats from each other. Big special effects are employed sparingly too, so that they feel powerful and surprising. One strong scene at a gas station takes an unexpected turn; while it is a big action set piece, it shifts the story because we see the dangerousness of Alton. However, more shades of grey would have made the film less neatly divided between goodies and baddies. Nonetheless, the story is populated by mature actors, including Joel Edgerton as Lucas, Kirsten Dunst as Alton’s mother and Adam Driver as the sympathetic NSA agent, each of whom adds emotional power to the story. Michael Shannon, who played the villain in Man of Steel ironically, is a great lead actor in the minimalist tradition. He’s magnetic as Roy, a man who must realise the possibility that his son doesn’t belong to him and must accept is nature and let him go. 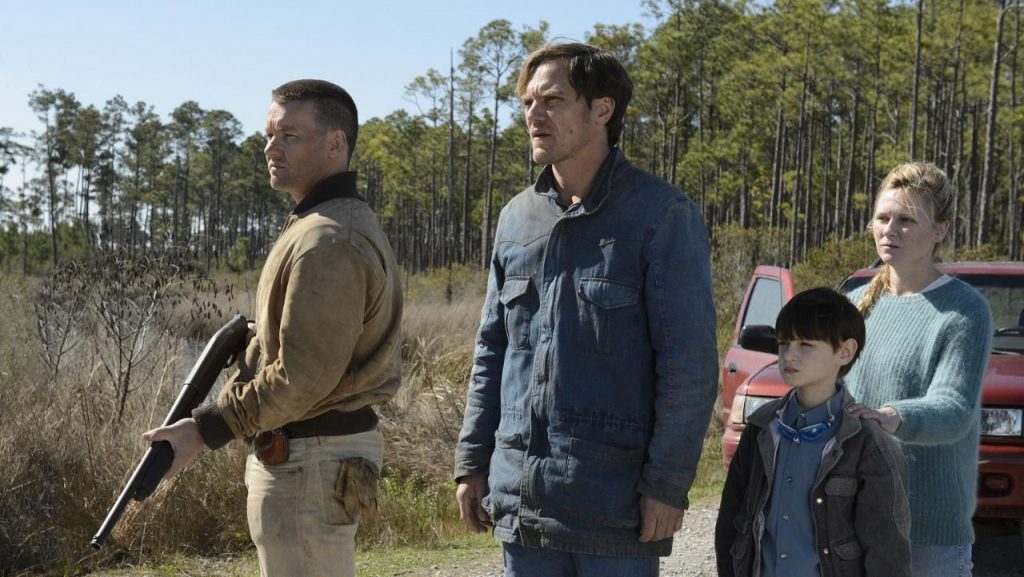 Along with the tone and the good actors, the film is both exciting and intriguing because of the early narrative detours. The opening scenes for example are very original because the story cuts from Alton and Roy and enters the cult, leaving us unsure about how these threads meet. There are problems with the script though, which faces tough competition between the fast-pace of the road trip thriller genre and our desire to deepen the characters. Sam Shepard plays a cultist leader who disappears after the first quarter and a stronger relationship of conflicting values could have been painted between Roy and Lucas over the fate of Alton as well. The implication is that Lucas feels on the outskirts of the family he has never had, which fuels his need to protect Alton. Some of his dialogue is plain silly such as insisting on Alton being taken to a hospital after he’s performed a supernatural act. Nonetheless, there is great ambition here in attempting to take the Nativity story from the Bible and also appropriate Spielberg’s E.T. with a new set of flesh and blood characters. As with the impressive Ex Machina last year, Midnight Special is, despite its flaws, another example of a modern Hollywood sci-fi film using special effects to enhance its story rather than obscuring or overpowering it.

Summary: As with the impressive Ex Machina last year, Midnight Special is, despite its flaws, another example of a modern Hollywood sci-fi film using special effects to enhance its story rather than obscuring or overpowering it.