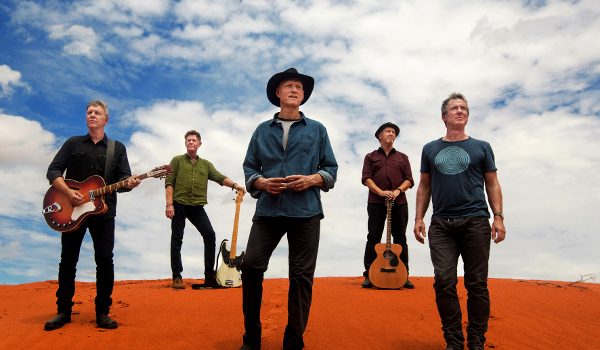 Midnight Oil Add ‘One For The Oceans’ In Fremantle, WA

This one-off gig will happen in the intimate outdoor coastal setting of the Fremantle Arts Centre on Sunday October 29. Every cent of profit will go to various charities that work in the areas of reef protection and climate change including AMCS.org.au. It will happen just a few days after an October 24 National Press Club address in Canberra by frontman, Peter Garrett entitled “Trashing our crown jewel: The fate of the Great Barrier Reef in the coal age.”

‘One For The Oceans’ will be staged with the support of official media partners Fremantle Festival, Mix 94.5 and The West Australian. Special guests will be local six piece – and triple j Unearthed favourites – POW! Negro with doors at 6.00pm and the Oils onstage from 7.30pm sharp (all times subject to change).

These presale tickets will be available for 24 hours or until sold out and will be limited to four per person with ID provisions in place to reduce scalping.

General Public on sale will open on Wednesday 18 October at 10.00am WST/1.00pm AEDT via the same link with tickets limited to six per person and similar anti-scalping provisions.

Fans are formally advised to only buy tickets by following the official links on the Frontier Touring or Midnight Oil websites to avoid getting ripped off by scalpers.

As part of the licensing provisions any patrons who are not yet 18 years of age will only be admitted if they are carrying a valid ticket and accompanied by an adult carrying photo ID.

“Midnight Oil’s decision to play a unique concert right here at WA’s favourite Arts Centre is further evidence that Fremantle truly is WA’s event capital. The cause is one that’s very important to Fremantle so we’re thrilled to support it. This will be a gig to remember.”

Midnight Oil’s actions on behalf of the Great Barrier Reef in particular – and ocean degradation in general – kicked off last Friday in Cairns with a special visit to Vlasoff Cay (pictured below) and a smaller fundraising show at the local Tanks Arts Centre. That gig was filmed by MAX and recorded by Triple M for broadcast over coming weeks alongside interviews with reef scientists and other local experts.

The band is currently readying themselves for sold out shows in the Sunshine Coast and Brisbane. The Great Circle 2017 Tour will wind its way from the Pacific Ocean around to the Indian Ocean over the following fortnight before this special show in Freo on Sunday, October 29.

The 10 – 1 album – as it’s typically called – took Midnight Oil to a whole new level after it landed in 1982. An utterly original piece of work featuring songs like ‘US Forces’, ‘Power & The Passion’, ‘Read About It’ and ‘Short Memory’ it stayed on the Australian charts for 171 weeks after its release.

‘One For The Oceans’ will be the first time Australian fans have ever got to hear the whole album played in full on a concert stage.

For more information about The Great Circle 2017 visit
midnightoil.com/tour-dates/#australia OR frontiertouring.com/midnightoil