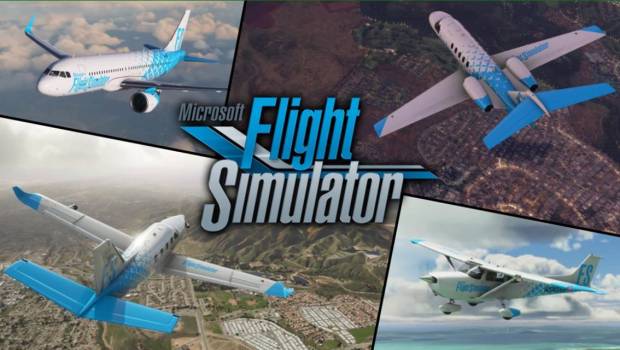 Microsoft Flight Simulator has a rich history as Microsoft’s longest running franchise, and we are proud to announce we are celebrating the simulator’s biggest launch in 38 years.

Just over two weeks ago, Microsoft Flight Simulator launched. Thanks to the incredible support of our community of fans, pilots, flight enthusiasts and virtual travelers, we have had more than one million unique players take to the skies. Additionally, Microsoft Flight Simulator was the biggest game launch in Xbox Game Pass for PC (Beta) history. On behalf of the entire team, we’d like to express our gratitude to all the fans who have begun to explore the world and the magic of flight with us.

It’s been wonderful to see the reactions to Microsoft Flight Simulator from the community, who have flown more than 26 million flights and logged more than 1 billion miles flown to date – the equivalent of flying around the world over 40 thousand times. Talk about racking up those frequent flyer miles!

In each of those billion miles, we’ve been delighted to see the flight simulation community enjoy the simulator and help improve the experience through their ongoing feedback, while also welcoming and training new simulation pilots.

Launch marks the beginning of a journey for us and this is just the start. There is plenty more to come on our flight itinerary including world updates, sim updates, and future themed DLC. Microsoft Flight Simulator is the ticket for anyone who has ever dreamt of flying or exploring the world. The sky is calling.