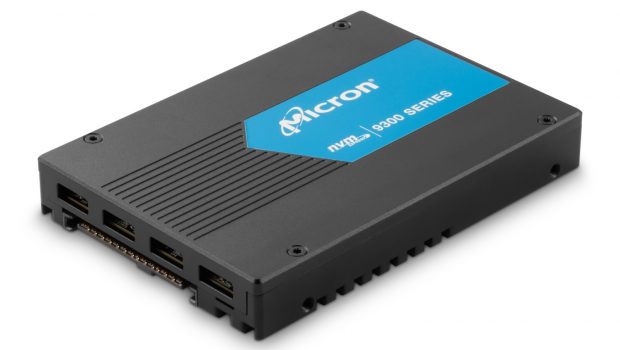 “The introduction of our third generation of NVMe SSDs endorses our tradition of continued innovation for cloud and enterprise markets,” said Derek Dicker, corporate vice president and general manager for Micron’s Storage Business Unit. “The Micron 9300 is our flagship series of NVMe SSDs, which feature industry-leading sequential write performance and latency, increased capacities, and delivery of a 28% reduction in power over the previous generation.”

Enterprises deploying advanced cloud infrastructures require systems that can store, retrieve, process and quickly analyse massive amounts of business-critical data. Driven by this need, many enterprises are transitioning primary storage from SATA-based SSDs to NVMe.1 The Micron 9300 series equally balances its 3.5GB/second throughput on both reads and writes to deliver faster response times for data-centric applications in comparison to other NVMe SSDs available on the market. Combined with its class-leading write latency and sequential write performance*, the Micron 9300 series excels in even the most demanding data centre environments.

Data centre system designers not only value performance criteria such as throughput and latency, but also the ability to maximise the use of infrastructure and lower the total cost of ownership. The new series of drives performs nearly nine times faster2 than leading enterprise SATA SSDs and is 35% more efficient.3 The Micron 9300 series consumes 28% less power than earlier NVMe drive generations, helping reduce operational costs. The availability of the SSDs in high capacities allows customers to scale according to their changing storage needs and keep up with the explosion in data growth.

“Support for massive amounts of fast storage in a server is a key feature of the AMD EPYC processor and is critical to our customers,” said Raghunath Nambiar, corporate vice president and chief technology officer for AMD data centre ecosystem and application engineering. “With 128 lanes of PCIe available in a single socket, the AMD EPYC processor is an ideal match for the new Micron 9300 NVMe drives and for the data-centric workloads such as database applications, big data analytics and software-defined storage solutions that are increasingly found in the modern data centre.”

The Micron 9300 series provides storage densities that were once reserved only for hard disk drives (HDDs) by offering capacities up to 15.36TB. Large capacities and up to 32 NVMe namespaces allow enterprises to tailor deployments more efficiently for maximum storage use.