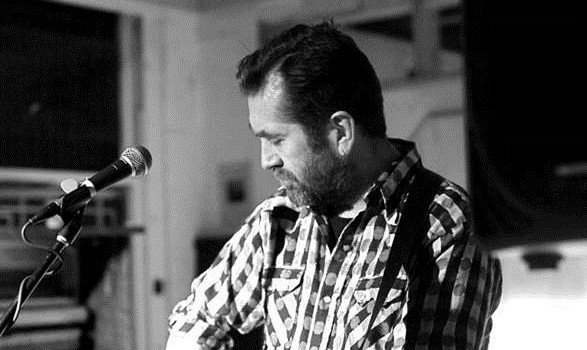 And with his Caravan Music Club show on 25 July now SOLD OUT, Mick has added a Caravan Sunday arvo session on 2 August… so pack a picnic and bring the family!

Raconteur, troubadour, balladeer and poet, Mick Thomas is best known as the Blundstone-wearing song master of pub-rock icons Weddings Parties Anything. His band The Roving Commission features Squeezebox Wally on Piano Accordion and a rotating schedule of talented performers to keep the party alive with Micks unique mix of folk, roots and country.

Mick’s ever-evolving talents as a writer and performer defines a career as intriguing as it is enduring. His knockabout image partly explains his close relationship with his audience. They see him as one of them. A loyal mob who have followed him from the Weddo’s through his solo career, Mick’s fans relate to his wistful, sentimental and nostalgic lyrics. Themes such as Australian history (‘Dancing Man’, ‘Gallipoli Rosemary’); fleeting or lost love (‘For a Short Time’, ‘Disrepair’); the bittersweet realities of life’s merry-go-round (‘Away, Away’, ‘Ticket in Tatts’); alienation (‘The Lonely Goth’); and football (‘Tom Wills’, ‘Monday’s Experts’); are wrapped in a positive, triumph over adversity message. The characters in Mick’s songs are everyday battlers, as are he and his fans.

In 2013 Mick created and starred in the hit music theatre piece Vandemonian Lags alongside Brian Nankervis and Tim Rogers, restaged in 2014 for the Adelaide Cabaret Festival. His production credits include working with bands such as The Waifs, creating soundtrack scores for film and television, music for theatre, as well as 21 album releases with his various bands, side projects and as a solo artist. With over 25 years of sold out headline shows across the nation and having regularly toured across the globe, Mick is also a festival favourite who can talk the leg of an old chair, play the arse off a guitar, sweat the shirt of his back and lay you in the aisles.

Inducted into The Age Hall of Fame in 2012, it’s fair to say that Mick Thomas is something of an Australian music icon, respected by the industry, loved by the crowds for his warm character, his on stage humour, and his ability to traverse the boundaries of rock musician to down home family man. Catch him perform live at:

LIVE ‘ALL THE ROADS’: https://www.youtube.com/watch?v=qy0E8uIVsXk