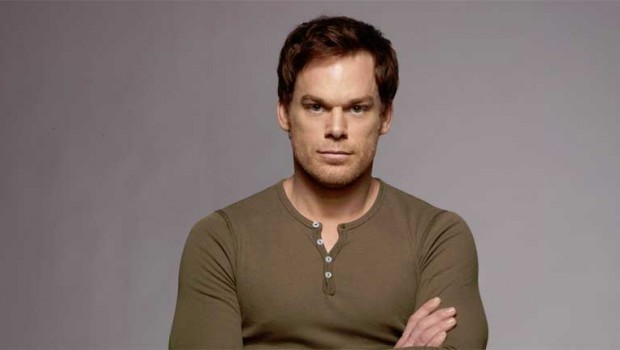 Q: So Michael, first things first – how does Dexter end this season?

A: Okay, this is just between us….I’m not telling you how it ends (laughs).

Q: The show only very recently wrapped. How do you feel about it? Are you sad or does it feel like you’re just on hiatus for now?

A: I think our conscious minds are aware that it’s over. There are people involved in the post production process who still have work to do, but I think five months from now we’ll all be wondering why we’re not doing Dexter again. I think there’s an unconscious part which hasn’t accepted it yet or even recognized it yet so I predict in five or six months there’ll be a wave of something we’ll experience.

Q: Your character is very complex. Did you have any rituals of getting into character over the eight years you played Dexter?

A: I think I really need to focus on some rituals to get out of character at this point. Originally, you know, if it were a kill scene or something like that putting on the kill suit is a good ritual. But, it becomes an environment where everybody is focused on creating the world on doing whatever job it is they are doing so everyone is helping you get into it. So I think more than anything that came to be the thing which would get me into it. In the beginning, I would hang around when they were starting to put together the kill rooms and I’d make suggestions about where things might go and if I didn’t I’d at least imagine I’d made all the decisions and somehow managed to put all that plastic up. I think after a certain point though, it becomes second nature. Now I just have to figure out how to stop. 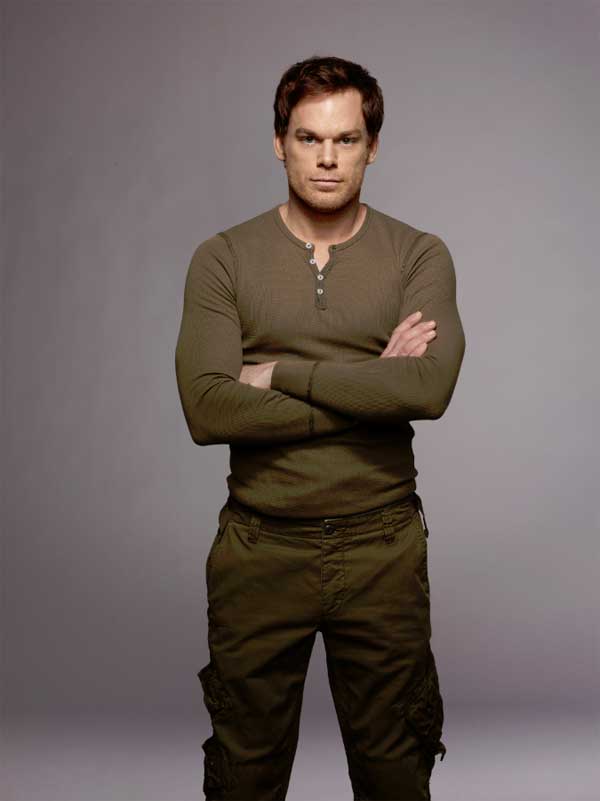 Q: Another great aspect of this season is we get to meet Dr Vogel and the birth of Dexter as we know him. Can you talk about the amazing Charlotte Rampling and Dr Vogel as a character?

A: Well, Dr Vogel is someone who really reframes the entire origin story for Dexter. Not only are we exploring a very unique mother-son-esque dynamic, but Dexter is also re-examining his relationship with his internalized father who he thought came up with it all his own. Charlotte is an icon of world cinema and it’s nice as an actor if your assignment is to be mesmerized by someone to be standing across from someone who is inherently so mesmerizing. I mean, it was easy. Just look at her.

Q: Being at Comic-Con, are there any particular comic books or comic book characters you were into growing up?

A: I was always a huge Incredible Hulk fan. I loved the comic books and the television series. In a way, I felt like Dexter was a chance for me to make my own version of the Incredible Hulk so that was pretty cool, only he’s not as green or as big.

Q: Do you empathize with Dexter. How do you see him?

A: I’ve always been on Dexter’s side.  I think when we meet Dexter he believes what he is telling us, but I always was interested in the notion that his voiceover is maybe not the bottom line in terms of what he believes or what’s actually motivating him. I think we’re meant to be suspicious about his claim that he’s 100 per cent psychopath. I think over the course of this show as we see the things he’s built up for himself crumble and realize, as he does, he has a connection to those things beyond the pragmatic, that the lines get blurred.

Q: This is your second big success on television after Six Feet Under. You went from one extremely intense show to another. What are your thoughts on what you want to do next and do you think you’ll stay in television or do film?

A: I learned after Six Feet Under when I thought I would never to do another TV show to never say never. So I don’t know. Maybe. As far as television goes, I’ve been fortunate enough to have gotten on the TV train at a time that coincided with the renaissance, or I don’t know if you could even call it that, but its unprecedented where an actor over several seasons could develop a character and develop in all the ways that a show allows you to do now so I feel really, really lucky to have been able to do that.

Q: Interestingly, Dr Vogel in this series posed the question – are they genuine feelings Dexter has or is he just trying to protect himself?

A: Yeah. She tells Dexter that even when he is claiming to feel things or feel connections it’s only out of a sense of self preservation or pragmatism or narcissism. But it’s a two-way street in terms of who is teaching who in terms of Vogel and Dexter.

Q: Dexter has a very interesting take on how he handles stress. How do you handle stress and high-pressure situations in your own life?

A: I do everything that Dexter does, but then I just tickle the person. No, I don’t know. Honestly, pretending to be Dexter has been a stress reliever in a way. Exercising is good, anything that gets your heart beating.

Q: Did you take anything from the set as a souvenir?

A: I’m going to take Dexter’s watch because I always had it on so it’s very much a part of my day to day as anything was and his little lanyard which had his ID. There are all kind of very interesting facsimiles of those which look very real that are being manufactured, but I have the original. There’s actually some blood splatter images in Dexter’s lab that I kind of liked that I was going to take and when I went on the last day they had been swiped. I also got a nine foot portion of the railing outside of Dexter’s apartment. I’m going to put it in my backyard. I’m serious.

Q: Do you think there’ll ever be a Harrison spinoff?

A: Yeah. In 25 years, there’ll be a Harrison spinoff. It’s going to be a new series called Harrison and Dexter will have died and I’m going to be his dead internalized father. 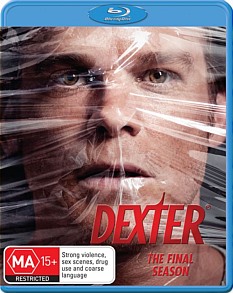