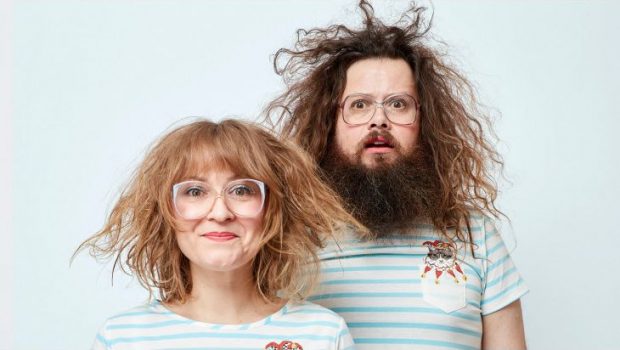 Summary: One of those shows that has a rare “chaos energy” of group of drunken friends riding a shopping trolley down the hill towards the Yarra. You hope they don’t go into the drink but will still laugh if they do regardless.

I first saw the Two Little Dickheads when they were part of the interactive video show with Janet A Mcleod at the curtailed 2021 Melbourne International Comedy Festival and have kept in touch with them on social media since then. I was originally going to go on opening night but as it turns out I started a new job the next day so I decided to go on the Friday instead.

The start of the show was delayed due to an issue with the microphones that worked and didn’t work throughout the show so they had to yell instead.

Not really part of the show but still a sweet opening was the John Prine’s song In Spite of Ourselves that makes the perfect introduction to the show as it is about a couple that has their differences but still loves each other in spite of them which fits in the theme of the show.

Set in the land of Dicktopia after the disco meteor has ended civilisation and the Cat Gods are worshipped, the Two Little Dickheads find survivors in the crowd and perform various rituals to see who will be able to gain the approval of their Gods and pass on.

This is not a show to go to if you don’t like audience interaction, even hiding up the back the Two Little Dickheads would run off the side and end up coming back up through the crowd. Much amusement was had when  Sharnema jumped on a chair and made an audience member scream. Not so much when the chair skidded when she tried it again on the other side.

There were some rickety moments to be sure, with the show having a rare “chaos energy” of group of drunken friends riding a shopping trolley down the hill towards the Yarra. You hope they don’t go into the drink but will still laugh if they do regardless. 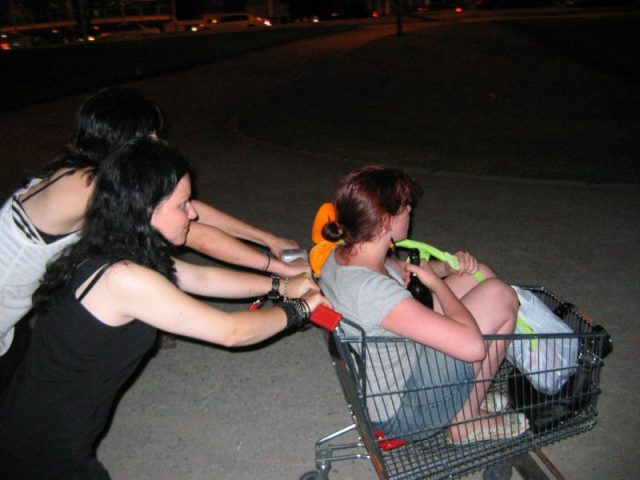 I am the fool who decided to sit up the front and got interacted with. It’s more that I need the extra room and don’t want to get in people’s way.

My enjoyment of the show was enhanced by having several cocktails and drinks at various venues before the show and a Butterbeer at Storyville “please take a seat next to the mushroom DJ booth”.

The best way I could describe this show is as a comedy cabaret show with a bit of everything in it. Sharnema did more of the clowning and David was the foil and the one who tended to mess things up the most to make the joke funnier. While some people would think things like the three different shower scenes would go on too long I like when they run the joke into the ground.

Despite the technical issues I thought the show went very well and everyone in the audience seemed to enjoy themselves. I did not end up staying but did hear from the Two Little Dickheads later thanking me for coming.

While it does not seem this show goes for that long, the Two Little Dickheads have another entire show coming up at the festival and also appearances in other line-ups during the festival so they are quite busy.

If you are on their wavelength then you will enjoy this show more but I would still recommend it even if you just want a funny show and I will be hopefully getting to see the Two Little Dickheads more in the future.