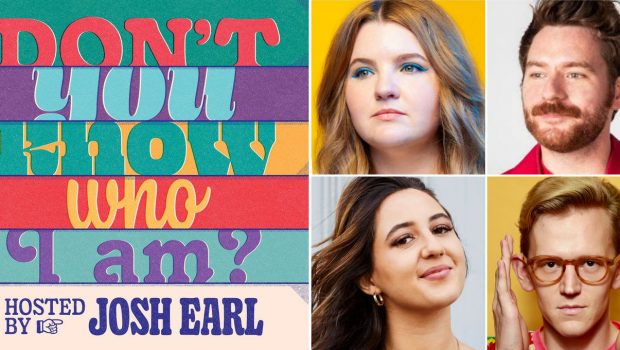 Summary: Worth getting the Patreon just for this episode it had a lot of things you wouldn't normally hear from these comedians. If you are a fan of any of them check it out

I wasn’t planning on going to this one until just a couple of days before but as I thought I would already be in the city early for Gabbi Bolt’s show I should come in a couple of hours earlier for this. As it turns out all the train lines had work on them over Easter so I ended up rushing to get in as did half of the panel it seems.

I had enjoyed the previous couple of these I had been to but had not been able to make it to the 300th show for this and the show will be wrapping up soon apart from the odd special hopefully so I wanted to make it to at least one of the shows during the comedy festival.

As I have said before I have lost touch with a lot of the newer people in the comedy festival scene as I don’t go throughout the year and mostly only people I have already seen so this was a great opportunity to hear from people I hadn’t before.

For the comedy festival shows this podcast will be for Patreon subscribers only so the participants felt like they could cut sick a bit more and they did that in spades. This one alone would be worth subscribing to the Patreon for I reckon.

The format of the shows is like a panel game show with Josh Earl asking various questions often being about the panel having to work out if the person is taking the piss or not. There are different categories of questions including things from interviews the person has said, social media posts and stories from their past. Josh Earl is now a writer on the Australian version of Would I Lie To You so his work here has been noticed.

While some of the people on the panel knew each other it seemed the common link was them all knowing Josh so this did affect the show a bit as some people seemed to be a bit more in on the joke than others.

There was a whole heap of stuff in the show from Andre the seal, shopping centre Santas to a pig in shit. While none of this really makes sense out of context it does show you how varied this show can be.

Listening to the podcast you don’t get to see how funny Concetta Caristo’s reaction was whenever someone was lying or the story wasn’t true. Also the Andre the Seal story from Danielle Walker where even the laid-back Cameron James soul wanting to leave his body.

This show is early enough in the day if you live closer to the city you could come in for lunch and then watch this and go home before the footy crowds.

It was a really funny show and I will be re-subscribing to the Patreon as I had it before but wasn’t getting the time to listen to the show so I stopped it.