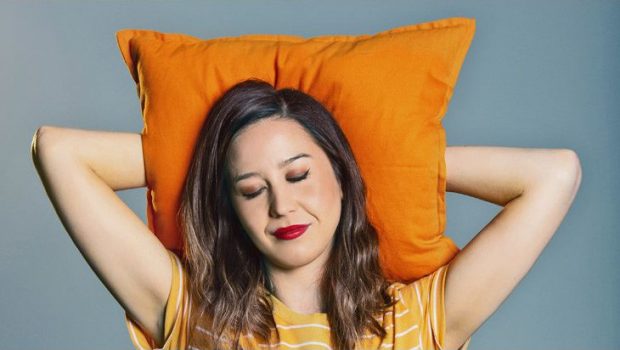 Summary: Not one to go into blind but if you know of Nina already you will have a good time.

I had heard of Nina Oyama from Twitter but not the stuff that is mentioned at the start of the show about her being targeted by Chris Kenny on Sky News for one of her tweets and subject to a smear campaign and death threats. The show has been altered since then to be slightly different as she admits that it was mostly paying out on the Liberal party originally.

I don’t often go to traditional stand up shows these days except for people I have already seen as I have seen a lot of it by now, but I had heard good things about this one and I wanted to see for myself. Luckily I booked it fairly early as it had sold out by the time it came around and there are extra shows scheduled.

It is not like Twitter so don’t try and talk to her during the show even if she does seem approachable. Having one of her romantic partners in the room was a bit awkward but I am not sure who to more.

Another thing about screenshots of tweets that get shared around social media, they are too easy to fake as Nina says as a “woman in STEM” she did some of the show using HTML coding to make it look like a real tweet.

Somehow this show manages to be very rude, but also very sweet as it is Nina’s persona that wins the day. I wouldn’t recommend this show unless you have already heard of her as you are not going to have a good time if you are a boomer or on the right of the political spectrum.

I was glad to have gone to this and also getting to go to a new comedy venue in the middle of Melbourne as it is easy for me to get to so I might go after the comedy festival ends also.