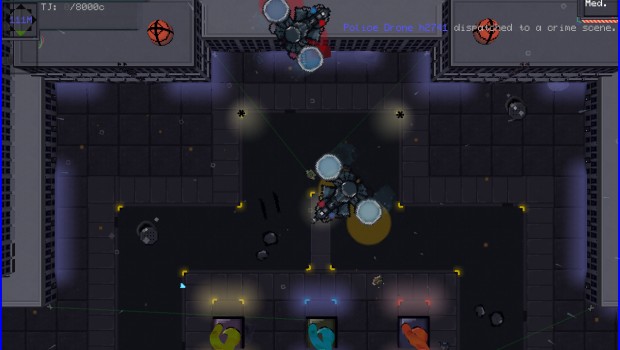 Metrocide Out Now on PC and Mac

Version 1.0 of Metrocide, the second title from Flat Earth Games, is out now for PC and Mac. The game has been undergoing tweaks and balances since its Early Access launch in mid-October this year, and is now ready to be unleashed on players everywhere!

In Metrocide, you play as a contract killer named TJ Trench, and must complete a series of kills of escalating difficulty to earn enough cash to buy your way out of the tyrannical Metro City. The city is split up into three major districts, and players will find dozens of mission variants, weapon types, tools and obstacles in their way. With one-hit kills and a permadeath mechanic, Metrocide was designed to be a relentlessly challenging top-down shooter.

“The original idea was to take a stealth-action game and mix it with the exponential increase in difficulty of an endless runner,” explains Leigh Harris, co-founder of Flat Earth Games. “It’s gotten far more complex than that now, but the genesis of progressively harder gameplay is there. We’ve made it very challenging, and as with all our planned games its a blend of concepts we loved from the 90s and modern gaming.”

Metrocide is available on Steam, gog.com, Humble Store, Gamers Gate, GreenmanGaming and many other digital distribution channels for USD$12.99, with a 15% discount for the launch week!